"Blood AB0 system dieting", a popular diet based on the “presumed” association between an individual's blood group and nutritional preferences. A pseudo-science case..

"Blood group dieting" is a rather popular diet that is based on the presumed association between an individual's blood type and their needs, or nutritional preferences (http://dietagrupposanguigno.net).

But is this a science-based diet? Please note that we will not discuss any of the presumed beneficial effects adopting a particular diet according to the blood type may have. Then again, these alleged health related positive outcomes have already been debunked, as reported by the Veronesi Foundation (https://www.fondazioneveronesi.it/magazine/articoli/alimentazione/la-dieta-del -gruppo-sanguigno-e-un-falso-scientifico). Instead, our aim is to analyze whether this hypothesis of the relationship between blood group and diet are actually scientifically valid, which presume to be based on evolutionary genetics.

It is worth reminding readers right away and those supporting this type of diet, that individuals with blood groups O would have derived from group blood types A, B, and AB following the advent of agriculture and the domestication of animals and related changes in eating habits. We just need to keep in mind that agriculture and animal breeding began in different parts of the globe at different periods of time and in different ways about 13,000-10,000 years ago (in the eastern Mediterranean there are the oldest sites of plant domestication), genesis and evolution of the AB0 system would be extraordinarily a recent event. Unfortunately, this blood type diet theory has received significant controversy by current scientific knowledge regarding the evolution of blood groups.

The human AB0 locus system has three main allelic forms, i.e. A, B and 0 (different forms of a gene are called alleles and the presence of different alleles is called polymorphism). The gene in question produces an enzyme that modifies the structure of some complex carbohydrates (that is, composed of different molecules of simple sugars) that are present on the surface of red blood cells and other cells, including those that line the intestine. In form A, the enzyme produces a different carbohydrate mutation than form B, while in form 0 the enzyme is produced by the gene and is completely inactive. Since we have two copies of each chromosome and therefore of each gene, genetically there will be AA individuals with a gene-allele of type A (referred to as homozygous), BB (homozygous), 00 (homozygous recessive), AB (heterozygotes with A and B so-called codominants), and, A0 and B0 (dominant heterozygotes). Considering the function of the expressed enzymes, we will have AA and A0, in which there will be only the expression form A of the enzyme, which will therefore have carbohydrates of type A but not B; ii) individuals BB and B0, in which there will be the expression of only the B form of the enzyme, with type B carbohydrates; iii) AB individuals, in which there will be the expression of both types; iv) individuals with 00 who will have carbohydrates not modified by the enzyme.

Be mindful to not to confuse the absence of a gene to the presence of an inactive gene: they are two completely different things. Obviously, the gene was absent even before the origin of a living species appeared.

However, inactive genes for single mutations, just like the 0 alleles, originate from a functional counterpart, and therefore appear only thereafter.

Based on data and analysis of evolutionary genetics, alleles A and B were identified in the genomes of amphibians but not of fish and most probably appeared after the separation of these two animal classes, which occurred about 400 million years ago. The same human alleles of the AB0 system are common to various nonhuman primate species and the presence of the same alleles in different species is not the result of evolutionary convergence (i.e. do not derive from independent mutations that however have the same effects), but from the rise of original mutations that were maintained during phylogeny and the separation of different species. The human AB0 system evolved at least more than 20 million years ago, that is before the separation between hominoids (the evolutionary line descent of hominids to humans) and other non-human primates took place. Among the different alleles currently present in humans, form A is held to be the oldest, but both A, B and 0 were already believed to be present between 200,000 and 300,000 years ago. It is believed that the ABO system evolved when Homo sapiens first migrated from Africa, more than 100,000 years ago, the AB0 system was already polymorphic (i.e. there were already individuals with pairs of alleles AA, AB, BB, A0, B0, 00).

Based on what has been mentioned, the subsequent appearance of agriculture and disappearance of nomadic life could not have been due to the development of the allele A (or allele B) from the original allele 0. All the more, the appearance of the AB allele combination cannot be dated only to "about 1000-1200 years ago, during the Roman Empire invasion by the barbarians where type A blood group mixed with the blood group type B", as one imagines how the basis of evolutionary genetic dietary is illustrated ( http://dietagrupposanguigno.net/i-gruppi-sanguigni/).

This event, similar to other pseudo-science cases, illustrates how an intriguing and an apparently rational theory (the absence of the enzymatic activity may evolutionarily precede its own presence, and the events leading to the development of the AB0 system may be associated with human nutritional development) may prove to be awfully incorrect when available scientific knowledge is thoroughly and patiently assessed. Only knowledge brings more knowledge, while ignorance breeds only misery and wrong decisions (in this case, nutritional).

Vaccines – a position paper from the Accademia Nazionale dei Lincei 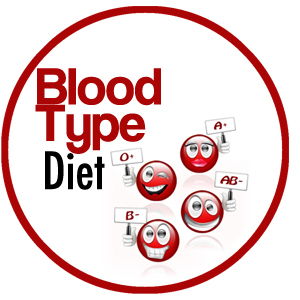 "Blood AB0 system dieting", a popular diet based on the “presumed” association between an individual's blood group and nutritional preferences. A pseudo-science case..