A set of interactive, animated schematics may help in understanding the principles, at a molecular scale, of the immunoassays that allow to detect antibodies against the virus in a drop of blood from patients with symptoms of being infected.
Angel Herráez
Associate professor, University of Alcalá
Follow
Like Liked by Carolyn Elliss and 7 others
1

Worldwide demand to test patients for coronavirus infection has expanded, and different kinds of assay are involved. The first assays that appeared were based on detecting the presence of the virus itself, using RT-PCR (reverse transcriptase plus polymerase chain reaction) directed towards the viral genome, or alternatively the more quantitative real-time PCR (qPCR or rtPCR). A typical PCR analysis requires around 3 hours and specialised equipment, so it soon became imperative to have quicker analyses. A new kind of assay has recently become available, based on detecting the antibodies produced by the person who has been infected, rather than detecting the virus itself.

The fundamentals of the PCR detection are efficiently described in another post today which reports on the work of IUBMB Student Ambassador, Brianna Bibel (see the original in The Bumbling Biochemist as well as the commentary by IUBMB President-Elect in this Channel). In a previous post last week I presented the opportunity to have students learn about this by running their own virtual PCR experiment. Today we share here a tutorial that illustrates the molecular mechanism used in the immunoassays that make up the "rapid tests" to detect the antibodies against coronavirus in patients' blood.

The interactive tutorial makes use of graphic animations to help understand the design of the detection kits and how they work. It requires a previous understanding of the antigen–antibody recognition and the different types of immunoglobulins. It is available in both English and Spanish, with a Creative Commons License.

Angel Herráez
about 2 years ago

Note that, months later after this was posted, new "rapid tests" were developed that detect the antigens (proteins that are part of the virus and will elicit your immune response). What was presented here detects the antibodies you may produce against the virus after you get infected, and are now more commonly called serological tests. 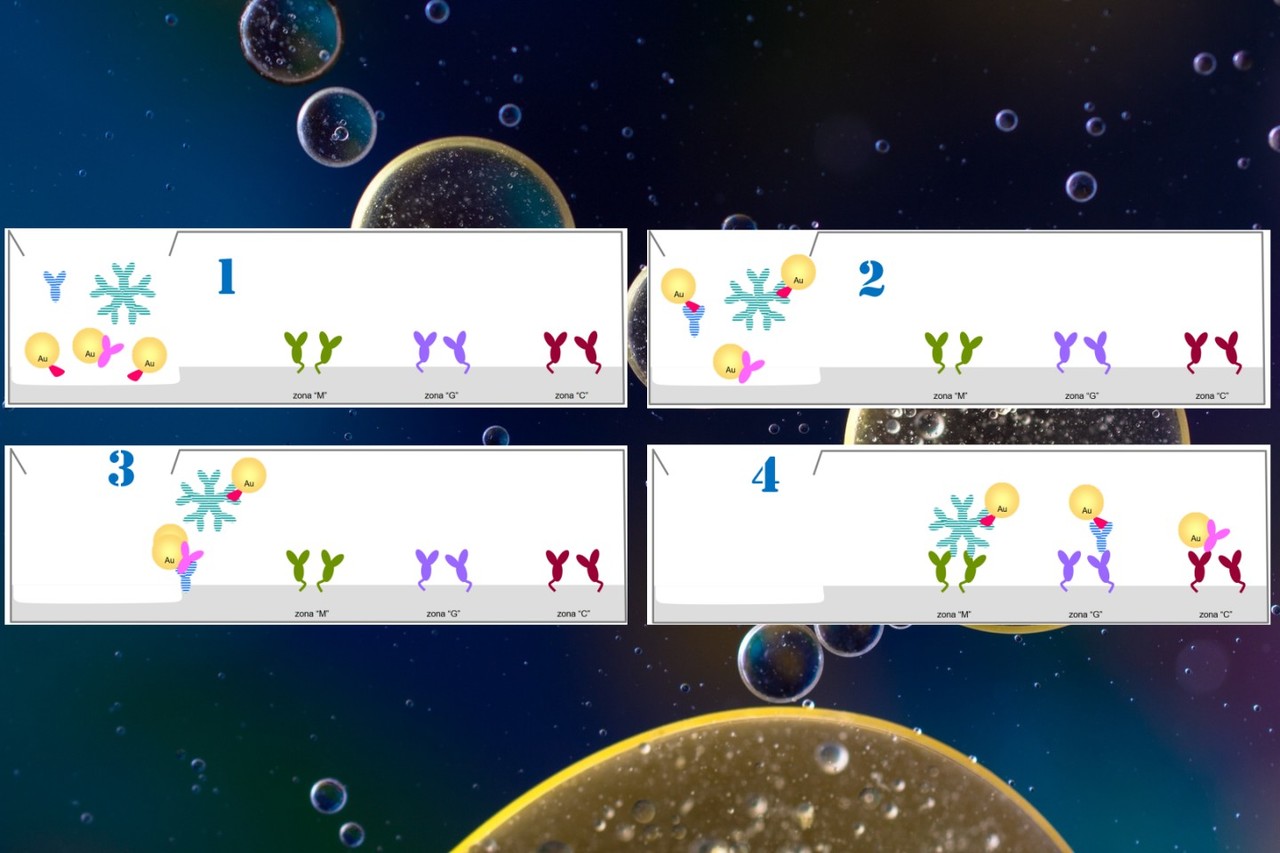 A set of interactive, animated schematics may help in understanding the principles, at a molecular scale, of the immunoassays that allow to detect antibodies against the virus in a drop of blood from patients with symptoms of being infected.