Due to a growing need to hasten drug design efforts for COVID-19-causing infections with SARS-CoV-2, structural information for viral proteins is being released at an accelerated rate. In a recent Original Article in The FEBS Journal, Wlodawer et al [1] turned towards this information and aimed to re-refine aspects of viral protein structure models that were potentially missed previously. Using contemporary modelling tools for structures generated by X-ray crystallography and cryo-electron microscopy as well as publicly available software, Wlodawer et al scrutinised viral protein structures in isolation or in complex with known interactors and small-molecule ligands. All re-refined structures in this study are publicly available at https://covid-19.bioreproducibility.org/.

This work is of fundamental importance because scientists looking to design therapeutic modalities based on protein structure deposited in the Protein Data Bank (PDB) will need accurate models to guide them. Additionally, the more overlap and agreement there is across the scientific community regarding a protein structure, the faster a widely agreed consensus model will be reached.

A look at the all-important S protein-ACE2-protease axis

A contender among protein candidate targets for drug development would be the viral Spike (S) protein, and its receptor-binding domain (RBD). The S protein interacts with the protease domain of angiotensin-converting enzyme 2 (ACE2) on the cell surface, permitting covert viral cell entry. Wlodawer and colleagues assessed ten protein structures of the viral RBD in complex with the protease domain of ACE2 (from X-ray crystallography data on PDB) and deemed six required a revision. One of the issues was that the structures were not properly orienting in 3D space.

After the virus has infiltrated a cell, it needs to make one long chain of all the proteins required for its replication. The virus then separately makes a protease (3CLpro), which can cut this chain at the right sites to release the individual proteins. Therefore, one way to inhibit viral replication and the spread of the virus is to block this protease. Given the limited availability of structures of SARS-CoV-2 protease bound by an inhibitor, the authors curated SARS-CoV-1 protease structures, which are 96% similar. Nevertheless, in these structures, the inhibitor was not appearing completely in the model and to address that, the authors adjusted parts of the inhibitor to fold in a way that it facilitated the interaction to take place.

Besides core viral proteins, there are other proteins worth considering for drug development given they aid in viral assembly; hence, their structures warrant a re-examination. The RNA-binding domain of the nucleocapsid phosphoprotein, essential for anchoring viral genetic material to the viral membrane, is central to precise viral assembly. This structure was better modelled by replacing Zn2+ for Cl- ions at specific sites, facilitating a more precise fit. Another such protein is non-structural protein 15 (NSP15), an endonuclease enzyme with potential roles in interfering with the host’s immune system. According to Wlodawer et al, replacing Mg2+ ions with a water molecule made for a better model. The RNA-dependent RNA polymerase is thought to interact with one NSP7 and two NSP8 molecules to speed up the assembly of viral RNA. However, in the protein structure examined, one of the two NSP8 molecules had been incompletely modelled and insufficient data were available to determine its exact conformation.

Work by Wlodawer et al complements available PDB data by bringing in additional software to orthogonally verify structure validity. They concluded that most protein structures examined were of high quality but a few required revisions. Structures re-refined here were made publicly available with future PDB integration, in the hope that they could improve quality of structures available to the community and guide antiviral drug design. However, the implications of such re-examined structures and a revised database also echo in the fields of virology and structural biology, facilitating a better understanding of the links between coronavirus structure and function as well as evolution.

The Original article can now be read in full in The FEBS Journal:
https://febs.onlinelibrary.wiley.com/doi/abs/10.1111/febs.15366

Top image of post is by Wlodawer et al. 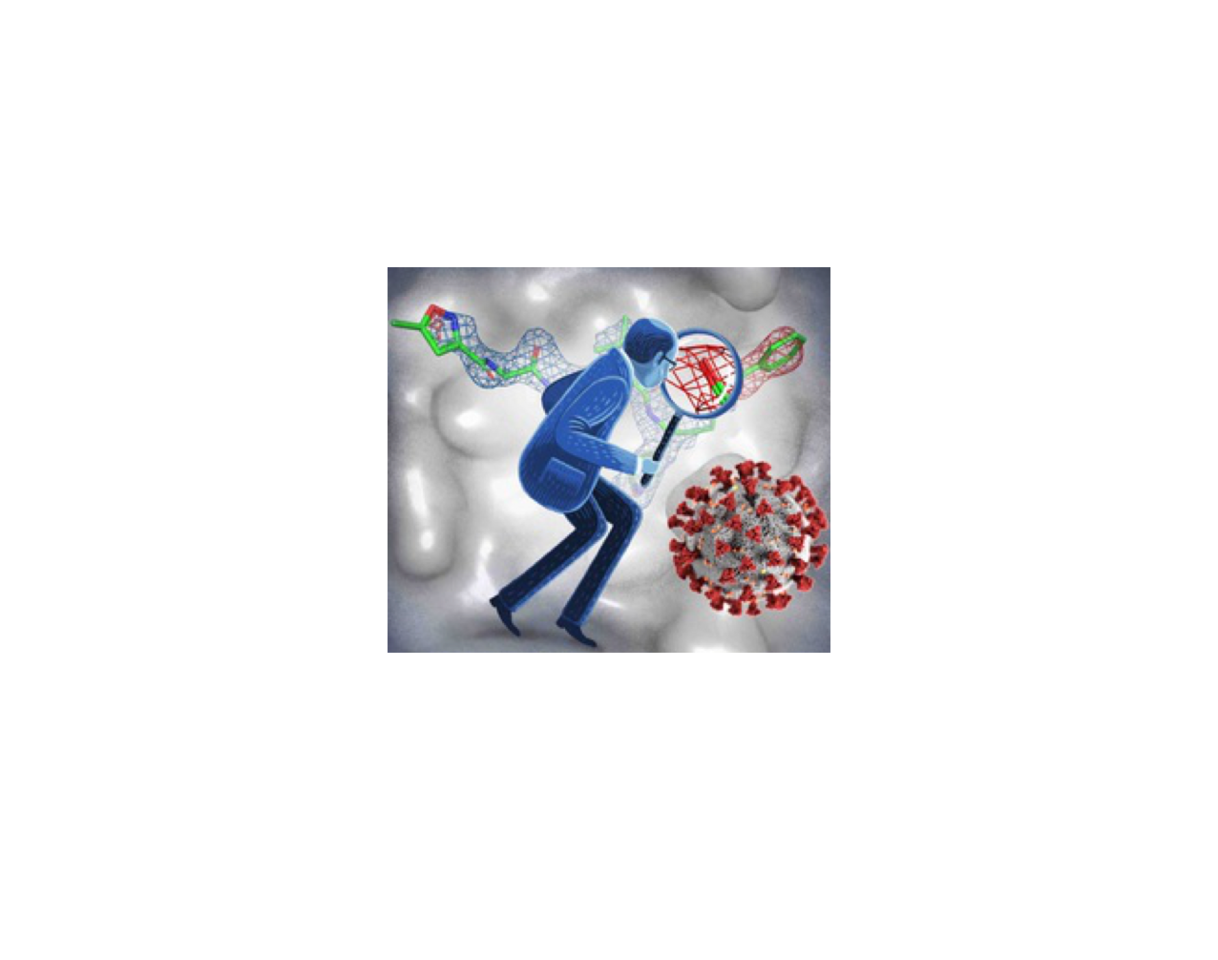 Re-examining the electron density maps of protein structure models, a recent article in The FEBS Journal validates and refines several protein structures and associated small-molecule ligands from the Protein Data Bank that are related to SARS-CoV-2 biology.