From p53 to cancer metabolism: Karen Vousden, who will be awarded the 2023 Sir Hans Krebs medal from FEBS at the 47th FEBS Congress, tells us a little about her research area and researcher journey.
FEBS Communications
Follow
Like Be the first to like this
0

At present most of my lab is focused on understanding how changes in metabolism can support cancer development – looking at the tumour cells themselves, the cells in the surrounding microenvironment and whole-body, systemic metabolism. However, I’ve been in cancer research for over 40 years now and I’ve moved around between different areas of interest. I started working with Chris Marshall in London back in the days when human oncogenes were just being discovered – it seems inconceivable now but at that time we were still discussing whether cancer has a genetic basis. From there I moved to Doug Lowy’s lab at the National Cancer Institute in the USA and helped to identify oncogenes in some human papillomaviruses (HPVs). When I started my own lab, I was inspired by work from Peter Howley’s group showing that one of the HPV oncoproteins bound to and degraded a cell protein called p53. Of course, p53 plays a critical role in preventing cancer development, and I spent many years trying to understand how p53 does this. About 15 years ago we found that a protein whose expression is regulated by p53 – TIGAR – can control metabolism and functions to limit oxidative stress. From there we took the plunge and switched almost all our work to the exploration of cancer metabolism. So, we’ve weaved around between fields, driven mainly by an interesting observation from one area that has led us into a completely new direction.

Of course, I love all the papers from my lab, but the ones I am most fond of are those that revealed something completely unexpected. In 2013 we published a paper showing that limiting the exogenous availability of the non-essential amino acids serine and glycine could decrease the growth rate of many cancer cell lines (https://doi.org/10.1038/nature11743). It maybe wasn’t such a surprise that cancer cells have a dependency on exogenous serine for optimal growth in vitro, but it seemed unlikely that we would be able to translate this in vivo using a diet lacking serine and glycine. Full credit to Oliver Maddock, my postdoc at the time, who pushed through with the experiment and showed that serine/glycine-free diets were effective in decreasing the circulating levels of these amino acids and limited tumour growth. This observation contributed to the development of a spin out company that is using similar diets to augment the response to chemotherapy in patients. Another example came more recently when we made the surprising observation that the dietary sweetener sucralose can impede T-cell responses ((Nature, in press – see reference list below). This was another marathon of hard work by two lab members, Fabio Zani and Julianna Blagih. As with the serine story, we are now interested to see whether these effects translate into humans, and whether sucralose supplementation could have therapeutic benefits.

What do you consider the most formative phase of your research career?

Every stage is important, bringing challenges that are also opportunities to learn and grow. As a student and postdoc, you are focused on developing skills as a scientist – learning how to do experiments, how to interpret them and how critical it is to do something important. As a junior group leader, you become responsible for other people, meaning you need to learn how to manage them and how to support them to fulfil their potential. I started thinking I would treat my trainees as I would like to be treated, but I quickly realised that is the wrong approach. Instead, you need to tailor your support to each individual, to understand their needs and to treat them the way they want to be treated. Then as time goes on you take on more and more organizational roles. I’ve had the honour of being an institute director as well as holding other leadership positions, where I had to take on a much broader range of issues. I think we never stop learning and this is part of the fun of this career. I always urge people to take on challenges that are offered to them – you will make mistakes (well I made lots) but it is the only way to grow and stay fresh.

Cancer has touched almost everyone in some way, and the public are very curious about why and how cancer develops. This already makes it easier to explain our work and what we are trying to achieve. The concept that cancer cells are normal cells that grow when and where they shouldn’t is quite understandable, as is the idea that oncogenes drive cancer while tumour suppressors prevent cancer development. Many people are intrigued by the suggestion that modulating diet can help in cancer therapy, and the suggestion that cancer cells have special nutritional requirements is quite easy to grasp. However, I’ve never tried to explain the intricacies of one-carbon metabolism or metabolic flux analysis to a non-scientist!  I do believe we have a duty to communicate as much science as we can to the public, to educate people and allow them to have an informed opinion about health issues and advice. This is becoming increasingly important as we try to counteract the spread of pseudoscience that we are observing today.

What aspects of your life as a researcher do you most enjoy?

I enjoy most aspects of my job, but best for me is discussing data and dreaming up new experiments with my postdocs, students and colleagues. This is the last thing I would want to give up. Science can be very frustrating, as most of our brilliant hypotheses have to be discarded in the light of the experimental reality. But there is always hope and I can’t imagine losing the thrill of looking at a result and suddenly realising that you have uncovered something new. It doesn’t happen very often, but it’s often enough to keep me on the hook.

Karen’s research has made contributions to our understanding of how the tumour suppressor protein p53 is regulated and the functions of p53 that contribute to its ability to control cancer progression. During these studies, her group revealed an unexpected ability of p53 to help cells adapt and survive under transient periods of nutrient starvation. This work has led to a more general investigation of cancer cell metabolism, focused on exploring the role of oxidative stress and serine metabolism in cancer development and metastatic progression.

The Sir Hans Krebs medal is awarded annually by FEBS for outstanding achievements in Biochemistry and Molecular Biology or related sciences: www.febs.org/other-activities/prizes/febs-medals/

Karen Vousden will be presented with the medal at the 47th FEBS Congress on Saturday 8th July 2023 where she will deliver the Opening Plenary lecture (the FEBS Sir Hans Krebs Lecture) on ‘Diet, metabolism and cancer progression’: 2023.febscongress.org/

Maya Schuldiner: "My biggest highlight is always talking to my students and postdocs." 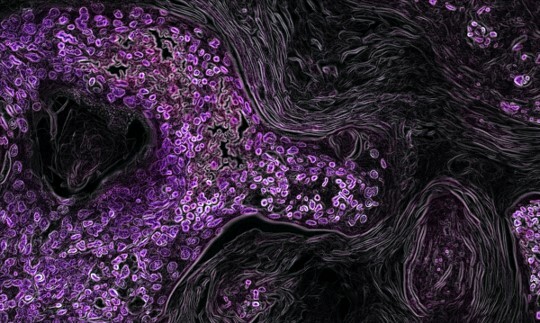 From p53 to cancer metabolism: Karen Vousden, who will be awarded the 2023 Sir Hans Krebs medal from FEBS at the 47th FEBS Congress, tells us a little about her research area and researcher journey.