Spanish chemist who, in collaboration with two other American scientists, published in 1930 an article in The Journal of Biological Chemistry on the chemical and spectroscopic characteristics of cystine.
The Spanish Society for Biochemistry and Molecular Biology (SEBBM)
Follow
Like Liked by Isabel Varela Nieto
0

This work is considered to be the first international scientific contribution made by a Spanish woman in the field of Biochemistry.

Spanish chemist who, in collaboration with two other American scientists, published in 1930 an article in The Journal of Biological Chemistry on the chemical and spectroscopic characteristics of cystine. This work is considered to be the first international scientific contribution made by a Spanish woman in the field of Biochemistry. However, her scientific career was cut short by her marriage ("My husband retired me from science", she declared at the age of 92), and by the Spanish Civil War, which led to her exile and subsequent academic disqualification.

Daughter of Francisco Barnés, Minister of Education of the Second Spanish Republic, and Dorotea González, Dorotea Barnés González was the eldest of a family of seven siblings, who received an equivalent education, which meant that all four girls ended up graduating with a university degree, something rare at that time. Dorotea's chosen degree was in Chemistry, although her academic career was also unusual, given that it took her thirteen years (1918-1931) to finish it, because she did not limit herself to attending regular classes, but also spent time in various prestigious laboratories. Starting with an internship in the laboratory of Mary Louise Foster, then at the Residencia de Señoritas in Madrid. Foster was then on sabbatical in Spain. In 1929, Dorotea's good work and disposition allowed her to receive a scholarship for another stay, but this time at Smith College in Northampton (MA, USA), under the direction of Gladys Anslow. It was there that she carried out her research on the spectroscopic characteristics of the amino acid cystine, demonstrating that its side chain is linear, which would be her most relevant scientific publication and her doctoral thesis, once she returned to Spain. Dorotea was, with this work, the first Spanish woman to publish an article in The Journal of Biological Chemistry. Apart from the importance of this characterization, Dorotea's work as a whole was so remarkable that Foster herself did not hesitate to sponsor her to obtain another scholarship that allowed her to enter Yale University, where she spent a good number of months researching on the nucleic acids of pathogenic bacteria. In the end, what had begun as a relatively brief stay in the USA, was extended and lasted two years. During that period of time she also had the opportunity to visit other universities, such as Harvard and Columbia. On her return to Spain, she worked for another couple of years in the spectroscopy section of the Rockefeller Institute in Madrid. This period included another stay of three months in Austria, in the laboratory of Karl Wilhelm Friedrich Kohlrausch, where she learned how to use the then novel technique of Raman spectroscopy, becoming an expert in the application of this technique to the study of biological molecules.

Finally, although she had already moved away from active research, and coinciding with her marriage, Dorotea got the teaching chair of Physics and Chemistry at the secondary school Lope de Vega (Madrid). Unfortunately, thefratricidal SpanishCivil War began, and Dorotea was forced to go into exile in France, in the company of her husband and her newborn daughter. This exile had dire consequences for her, since in 1941 a decree was passed disqualifying her from teaching for the rest of her life. Dorotea did come back to live in Spain, but was never again able to return to either of her two favorite occupations: research and teaching.

This article is the English translation of a Spanish version published by the Spanish Society of Biochemistry and Molecular Biology (SEBBM): https://www.sebbm.es/web/es/divulgacion/mujeres-ciencia/retratos/4385-enero-2021-dorotea-barnes. 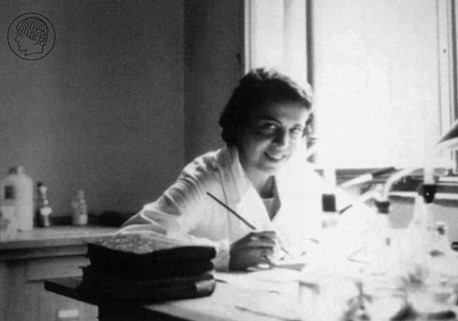 Spanish chemist who, in collaboration with two other American scientists, published in 1930 an article in The Journal of Biological Chemistry on the chemical and spectroscopic characteristics of cystine.