Roman Jerala: "…I often have to take care that I am not carried away by new tempting ideas."

Roman Jerala will be awarded the 2021 Datta medal from FEBS at the 45th FEBS Congress. This short Q&A takes us from his passion for synthetic biology to his views on European science.
FEBS Communications
Follow
Like Liked by Andreas Hartig and 1 other

I entered into synthetic biology almost by accident. In 2006 I read in Nature a report on a meeting of student research projects in synthetic biology at MIT (USA), which was called iGEM (International Genetically Engineered Machines competition). I was immediately attracted to the idea as I would have loved to be involved in something like that as a student. I didn’t really know what synthetic biology was about; nevertheless we organized a team of six students who worked for five months on a project that was close to innate immunity, which was the main topic of my lab at the time. In our first attendance at this competition/jamboree we won the ‘Grand Prize’, and in the following years, choosing different topics each time, we have been one of the most successful teams ever. I realized that synthetic biology is something that I enjoy doing as it enables creative ideas to be unleashed – and also that we are rather good at it. While we still investigate the molecular mechanisms of innate immunity, synthetic biology is the main focus of the department.

Our probably most original work was the design of coiled-coil protein origami, which represents a new way of designing protein folds. The idea, which was developed from our iGEM project in 2009, was to define protein folds by interactions between well-understood designed peptide modules within the same polypeptide chain that form either parallel or antiparallel coiled-coil dimers. This can also be represented as a mathematical problem of a double Eulerian trail with a polypeptide chain traversing each edge of the selected polyhedron exactly twice, making a stable cage. We proved that we can make in this way in principle any selected polyhedral shape, and we have so far made tetrahedra, rectangular pyramids, trigonal prisms, trigonal bipyramids… All those are protein cages with a cavity at the centre and they all represent protein folds that nature never cared to make. We had quite some problems publishing this work, initially in Nature Chemical Biology in 2013 [Gradišar, H. et al. (2013) Design of a single-chain polypeptide tetrahedron assembled from coiled-coil segments. Nat. Chem. Biol. 9, 362–366, DOI: 10.1038/nchembio.1248] but audiences are usually quite excited about this concept, and I hope to develop it into molecular machines within my ERC project. I think this concept represents a nice showcase of synthetic biology – rationally designing new types of structures and functions using natural building blocks and machinery.

What are some of the challenges for synthetic biology?

Clearly life sciences is one of the most exciting scientific areas and now is a wonderful time to be carrying out science. One of the biggest challenges not just for synthetic biology but for life sciences in general is to understand the function of cells, brains and organisms as complex systems. In this context the synthetic biology approach has a lot to offer as it is not just application driven but may offer answers on the principles of organization and mechanisms of action of complex systems as well as how alternative life forms may be organized. We should find a way to organize ourselves to solve those grand challenges. In my opinion it may soon become feasible to design artificial cells for which we will know precisely the function of each component. To achieve this goal it will require a coordinated action and perhaps formation of an organization resembling CERN or ESA but for life sciences. With funding comparable to space missions science should able to achieve the goal of designing a synthetic cell within couple of decades. This goal is to me at least as exciting as detecting new planets, and it will certainly be based on the collaboration of scientists from Europe, USA, China, Japan and other countries.

I consider that Slovenian students obtain quite high-quality training in sciences at the universities; however, the engagement of most students is still rather conservative during their study, with rather few questions and insufficient project work. I fell in love with the American system during my postdoc in the USA with the richness of academic life, informal communications and lively discussions. I try to bring this style into my research environment. At our department we have weekly progress reports, small group meetings and two journal clubs weekly on synthetic biology and immunology, where I actively encourage discussions and transfer of concepts between different fields. Our department covers the scale from atoms to animals, and from mathematical modelling to wet lab, and this encourages interdisciplinarity. Research in the department is organized around projects and I like to arrange teams around new ideas that we try to test as soon as possible. My doors are always open to research questions and, because of pressing organizational matters, I often have to take care that I am not carried away by new tempting ideas.

The European science landscape is currently clearly dominated by the ERC. With its great track record it serves as an inspiration to national science agencies as well as internationally. Its success on the other hand amplifies the gap between the countries that invest more in science and have a longer tradition in scientific excellence and mainly East European countries with disappointingly low success rates. However, apart from the ERC, EC funding is predominantly focused on applications with short-term goals and evaluation that sometimes puts more weight on management than the originality of ideas. This results in the emergence of companies specializing in project preparation that does not bring any added value with respect to scientific innovation. In this respect there is not sufficient ambition when science could offer rewards of technological breakthroughs that could be applied to solve many pressing societal goals. Science unfortunately doesn’t reach the ears and hearts of decision makers and probably also not sufficiently of the general public, since many political decisions, such as regarding genetically modified organisms and use of CRISPR, are not in the best interest of society and may cause stagnation of Europe in comparison to the USA, China and other more dynamic societies.

Roman Jerala’s research group contributed to the understanding of the molecular mechanisms of signaling of several Toll-like receptors in infection and cancer. He has been active in synthetic biology since 2006, where he notably pioneered the design of coiled-coil protein origami as a new principle of designing protein folds, and his group designed several strategies of information processing in cells, such as layered NOR genetic gates, polarized displacement of DNA-binding proteins and split protease orthogonal coiled-coil-based signaling pathways. Current projects include design of folding pathways of protein origami cages, structural characterization of designed proteins using cryo-electron microscopy, improvement of cancer immunotherapy using synthetic biology, sonogenetics, and new methods of regulation of protein activity by external molecules.

The FEBS Datta medal is awarded annually by FEBS for outstanding achievements in Biochemistry and Molecular Biology or related sciences: https://www.febs.org/our-activities/awards/medals/

Roman Jerala will be presented with the medal at the 45th FEBS Congress on Wednesday 7th July 2021 where he will deliver a lecture on ‘Designing nature, from protein origami to cellular circuits’: 2021.febscongress.org

The lecture date and Congress references in this post were updated following postponement of the 45th FEBS Congress and then conversion to a virtual format due to the coronavirus pandemic. 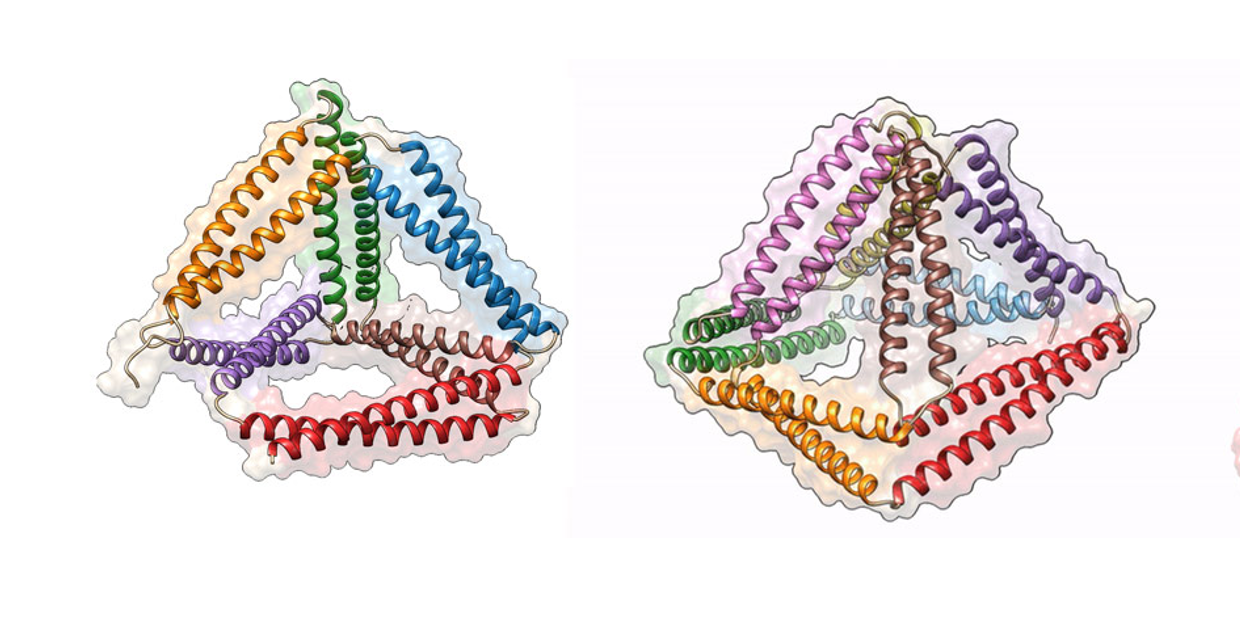 Roman Jerala: "…I often have to take care that I am not carried away by new tempting ideas."

Roman Jerala will be awarded the 2021 Datta medal from FEBS at the 45th FEBS Congress. This short Q&A takes us from his passion for synthetic biology to his views on European science.