"Mechanism" is a term that biologists use a lot. To study mechanisms is what we get our grants for and, more often than not, we are required to provide a mechanism to get our work published once our project is successfully completed. "Mechanism" is a central and fundamental concept in biology. And yet, there is precious little agreement on what a "mechanism" actually is. From Aug 26 to Aug 30, 2019, a panel of internationally recognised philosophers of science, mathematical modellers, and biologists from the fields of developmental and evolutionary biology will meet for a FEBS/EMBO Lecture Course in the beautiful floating city of Venice to discuss this foundational conceptual issue.

"Mechanism" can mean at least three different things. The first meaning comes from molecular biology and simply implies an explanation in terms of molecular complexes and cascades. The second emphasises the importance of identifying basic system components and their interactions. Many of us know (and silently abhor) this type of mechanism from hairball graphs (sometimes also called ridiculograms) depicting increasingly complex regulatory networks without actually explaining what these networks do. The third type of mechanism shifts our focus from the composition of the system to the interactions that generate its behaviour. It not only requires the mechanistic decomposition of a system through genetic and molecular methods, but also its reconstitution in terms of dynamic mathematical models, which provide an understanding of what the system can do. This last type of mechanism is the most powerful. It is becoming increasingly popular in cell and developmental biology. And yet, pockets of resistance against the use of mathematical modelling in biology remain.

The situation becomes even more complicated when we think about mechanisms in evolutionary biology. Population-level explanations such as drift and natural selection are clearly not mechanisms in the traditional sense. Is phenotypic plasticity a mechanism of evolution? Or symbiosis? What about network robustness? Or modularity? These are all higher-level phenomena that do not sit easily with reductionist notions of mechanistic explanation. Is this a problem? Or not?

Our panel of teachers will present and discuss different views on these issues. The aim of our course is to attract early-stage empirical researchers from cell, developmental, and evolutionary biology, and to equip them with the conceptual tools and critical-thinking skills required to engage in a constructive reflection on the concept of "mechanism." This type of reflection is likely to lead to new perspectives and research avenues that would otherwise remain inaccessible. Progress in biology these days relies as much on new thought, as it does on new data and technologies. Young researchers will bring about this progress. That is why I hope very much to see you in Venice next August! 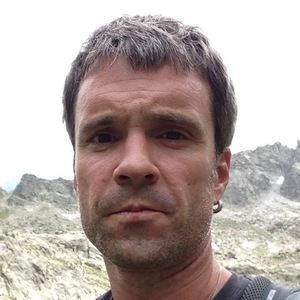 Fellow at the Centre de Recherches Interdisciplinaires (CRI) in Paris, associate faculty at the Complexity Science Hub (CSH) Vienna, and recurrent guest lecturer at the University of Vienna. Writing a book about organismic systems biology. Interested in process thinking, scientific perspectivism, dynamical systems, network evolution, organisms, evolution and development. Teaching philosophy for scientists. Thinking about the philosophical foundations for #OpenScience. Educated in Switzerland, New York, and Cambridge. Former head of an interdisciplinary research laboratory at the Centre for Genomic Regulation (CRG) in Barcelona (from 2008 to 2015). Fellow at the Institute for Advanced Study (Wissenschaftskolleg) in Berlin (2014/15). Director of the Konrad Lorenz Institute for Evolution and Cognition Research (KLI) in Klosterneuburg near Vienna (from 2015 to 2017). Visiting scientist, Center for Systems Biology Dresden (2017/18).
Follow