The Patron Saint of Science Writing

It’s an unacknowledged truth that scientific English is a distinct dialect. But who should be regarded as its architect?

It’s practised – written, read, and spoken – by people who are usually not native English-speakers, and features some standard vocabulary that’s distinctly exotic compared to its British English parent. Even overlooking the technical jargon (of which there is plenty), it’s a fair bet that words like “abrogated” are not routinely used on UK streets but are widely understood in the scientific vernacular.

Its style is sparse and utilitarian, unadorned with superfluous feeling. Its aim is to communicate information in as objective a fashion as possible. And if it had a patron saint, that person would undoubtedly be Ernest Hemingway.

Hemingway, rightly lauded as one of the greatest writers in the English language, forged a distinct literary voice that has many imitators but few equals. It’s tough, unflowery prose; tersely descriptive, one that conjures a cold, clear eye looking calmly and dispassionately over the scene it surveys.

Hemingway was as unsympathetic with his own work as he was with others: “The test of any story is how very good the stuff that you, not your editors, omit” was one of his maxims. Another exhortation came from his time as a cub reporter on the Kansas City Star: “Use short sentences. Use short first paragraphs. Use vigorous English. Be positive, not negative”. Both should be taken to heart by people preparing their stories for publication.

That succinct, economical style is the prototype which all scientific papers should follow: How apt is the choice of word? Does it convey all that’s observed, and nothing more? Is there a better word that can express the same sentiment more simply?

Hemingway’s military service may well have played a factor. That insistence on getting to the point, being direct and precise, shares something with the martial mode of communication. It’s worth noting that two other great works of 20th century prose both originate from fellow First World War veterans – T. E. Lawrence‘s “The seven pillars of wisdom” and Robert Graves‘ “Goodbye to all that“, while more lyrical in content, both share at their core the same detached, firm, and unfussy voice.

There are plenty of great science communicators out there – Richard Dawkins, Stephen Jay Gould, Richard Fortey, and Robert Hazen to name a few. But when it comes to writing science manuscripts, it’s Hemingway that provides the archetype. 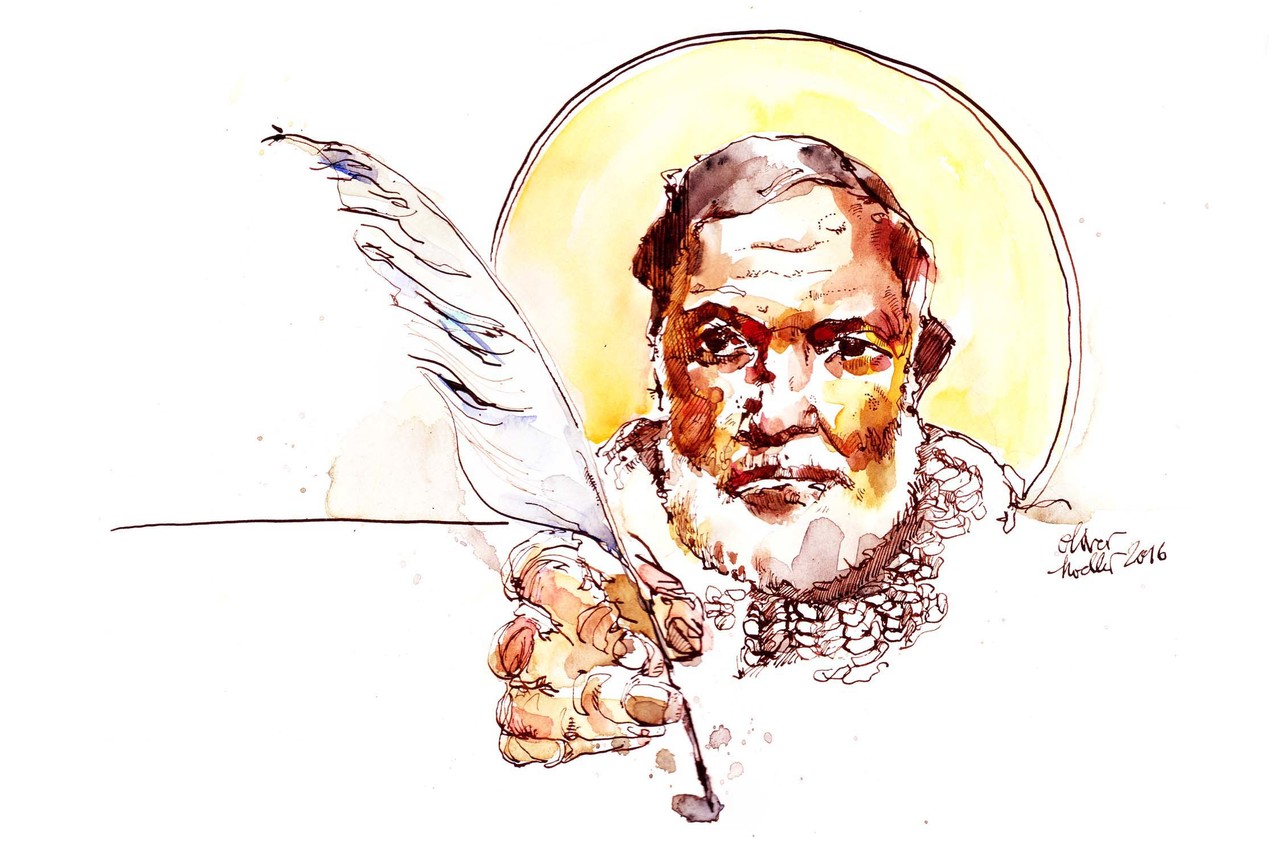 The Patron Saint of Science Writing