Teaming is an ambitious Horizon 2020 programme for supporting Widening Countries in their efforts to bridge the innovation divide. Read about Hungary's case.

EU Framework Programmes for Research and Technological Development (FP) have always sought to foster Excellence in Research, as the latter is a prerequisite for an innovation-led European economy. Although most EU15 Member States (i.e. all States that joined the EU before 2004) have strongly relied on FPs to establish niches of excellent research, interim evaluation of FP7 indicated that EU13 members, which joined the Union after 2004, still have low FP participation. This gap in FP participation may predispose to an eventual divide in Research Excellence.

Teaming is an ambitious Horizon 2020 programme for supporting Widening Countries in their efforts to bridge the innovation divide. As stated in the Horizon 2020 call: ‘Teaming means institution building’. All together 169 Teaming applicants from Widening Countries competed for funding to create new or update existing centres of excellence in close collaboration with a leading European scientific institution. As announced in November 2016, 10 new ‘Knowledge Centres’ will be established, following a selection that was made via two phases of evaluation. The winning projects will receive a total funding of 140 million Euros and will help to promote research and innovation in nine countries, namely Bulgaria, Cyprus, Czech Republic, Hungary, Latvia, Portugal, Serbia, Slovakia and Slovenia.

In the latest Scientists' Forum article [1], FEBS Letters glimpses into the Hungarian HCEMM project that earned funding for the establishment of a Centre of Excellence in Molecular Medicine in collaboration with the European Molecular Biology Laboratory (EMBL). Read here an interview with László Fésüs (LF), scientific coordinator of the HCEMM project application submitted by the National Research, Development and Innovation Office of Hungary, and Dr Silke Schumacher (SS), Director of International Relations at EMBL.

Poster Image: Mind the Gap by Ged Carroll on Flickr. Used under a CC BY 2.0 Licence. 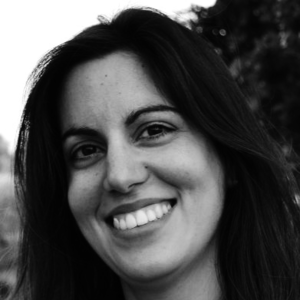 A series of coincidences brought about to my young post-doc self a revelation: my ideal career should combine editorial work and science communication. While working as an Editor on FEBS Press and, before that, on Nature Reviews journals, I have immensely enjoyed communicating with Life Science Researchers — be it on past, current and emerging topics in biological research, or on the future of Science Policy and Publishing.
Follow