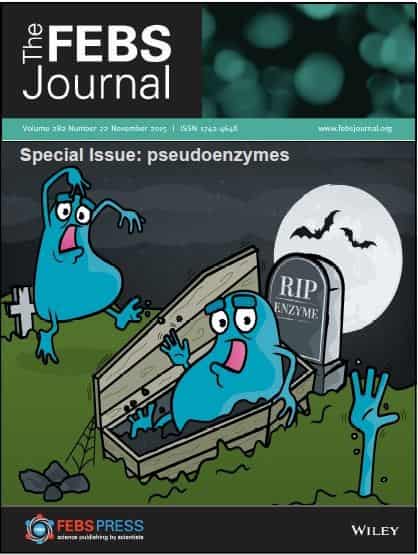 This Special Issue contains twelve reviews as well as an interview that feature a rapidly developing area of biology: catalytically inactive enzyme homologs, also known as pseudoenzymes. These pseudoenzymes, are often referred to as “dead enzymes”, and are found within most enzyme families. Pseudoenzymes have lost their enzymatic capacity, often via the evolutionary loss of key catalytic residues, however, pseudoenzymes are far from being functionally “dead”, as evidenced within this Special Issue.

As a matter of fact, pseudoenzymes fulfil a range of integral biochemical roles, frequently appearing more versatile as biochemical regulators than their catalytic cousins. As well as focusing on the breadth and depth of dead enzyme biology, this Special Issue emphasizes the power of pseudoenzymes as key biochemical regulators in health and disease and potentially as more tractable drug targets than some enzymes themselves. We hope you find these reviews enlivening and we thank the authors for these outstanding contributions to The FEBS Journal.