The video game Foldit, where players solve protein-structure puzzles, has become an online research community, supporting scientific progress as much as fostering communication and connection. In this jointly written post, we find out how that has helped its players during these challenging times.
Scott Horowitz
Assistant Professor, University of Denver
Follow
Like Liked by Ali Burak Özkaya and 1 other
0

Foldit is a citizen science biochemistry video game that brings people together from all over the world for the purpose of scientific progression through protein folding and related biochemistry problems. In Foldit, players collaborate and compete to solve the biochemistry puzzles using their puzzle-solving intuition.

Since 2008, hundreds of thousands of players have joined and communicated with one another, asking important questions, sharing their findings, and receiving tips and guidance from one another. Communication is a crucial part of the Foldit community, as teamwork and collaboration are vital for science learning and discovery. When new players join, they are welcomed by seasoned players and supported as they learn the game – they can do this in a safe, non-judgmental environment. Discussion amongst the community is player-led and we often observe how novice players quickly contribute and pass on their own knowledge, typically learned from seasoned Foldit veterans. Recently, the Foldit development team added Discord as a medium in which players can communicate – until that point, players could use the in-game chat function or post on the website. Discord has allowed for multiple channels and multiple discussion topics to take place – there is even a channel for memes!

There are many benefits to this community approach. One particular benefit is the collective motivation and support players receive. Foldit players are often motivated by their previous interests in science, curiosity, and a desire to contribute to scientific research. They enjoy socializing with other players, the intellectual challenge, learning, helping others, and feeling a sense of community within their team. Individuals are often driven by the ability to overcome challenges either on their own or with support from others, as well as by having a sense of belonging, role, or voice. This idea also works to build and maintain participation. Foldit players may be particularly motivated by medical concerns, including diseases and disorders that have an impact on them or their loved ones. Along these lines, Foldit players have shown high interest especially in puzzles to help solve biochemistry problems related to several diseases – in particular, we saw a 2,000% increase in monthly registration beginning in March 2020 at the outset of the COVID-19 outbreak in the US.

Over the past year and a half, the world not only experienced a global pandemic but a mental health crisis as well. Social isolation is linked with various increased health and mental health risks. Globally, we saw an increase in anxiety, depression, panic, sleep-related issues, and post-traumatic stress disorder.  Even short periods of isolation have shown to have long-term psychological impacts that can be long-lasting and high-risk. Unfortunately, isolation was a necessity to 'flatten the curve' and individuals' mental health became casualties in the fight to manage the pandemic.

As COVID-19 brought an increase in users playing the game, we also naturally saw an increase in players communicating on in-game chat and via Discord. Our citizen science community approach not only helps scientific progress and discovery, but there may be health and mental health benefits to player communication as well. Social connectedness and being a part of a community has been shown to increase feelings of belonging, purpose, and self-worth. Additionally, some individuals may prefer or feel less intimidated by a method of communication that does not include face-to-face, long-term interaction.

As previously stated, individuals are often motivated to contribute to ideas or causes that are larger than themselves and/or impact their own lives in some way. During the pandemic, feelings of hopelessness had a major impact on mental health, particularly for those invested in scientific progression. Foldit provided individuals with a way to contribute, to have a voice and play a role in some way.  Looking to the future, we can take these observations to better craft online learning opportunities into communities that can yield mental and emotional improvement for the participants. Although the COVID-19 pandemic has caused unmeasurable suffering worldwide, we can learn from successes and use them. 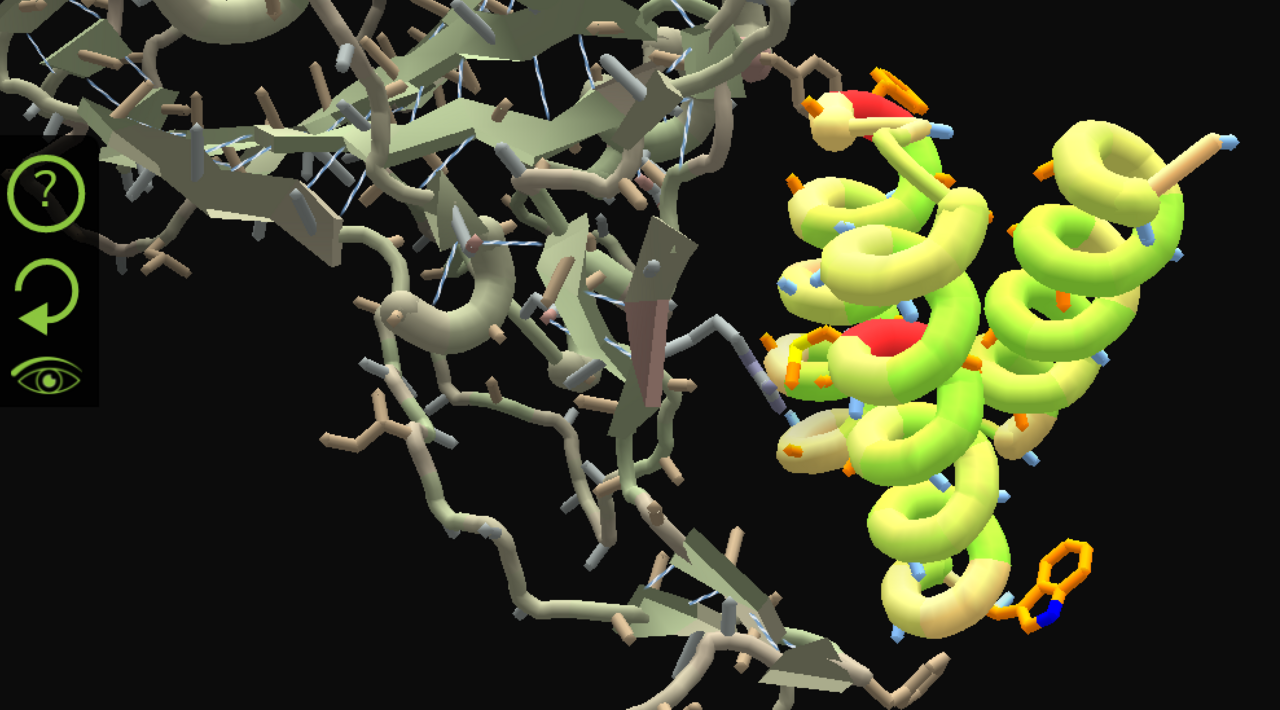 The video game Foldit, where players solve protein-structure puzzles, has become an online research community, supporting scientific progress as much as fostering communication and connection. In this jointly written post, we find out how that has helped its players during these challenging times.