Professor Dame Janet Thornton is a pioneer in structural bioinformatics who has developed an extensive computational toolkit for the analysis of protein structure and inference of function and evolution. She began her career in science as a physicist, following an undergraduate degree in physics from the University of Nottingham with a Master’s and PhD in biophysics in London. After undertaking a post-doctoral position in the group of Sir David Phillips at the University of Oxford, Janet returned to London where she eventually held professorial appointments at both University College London and Birkbeck College. 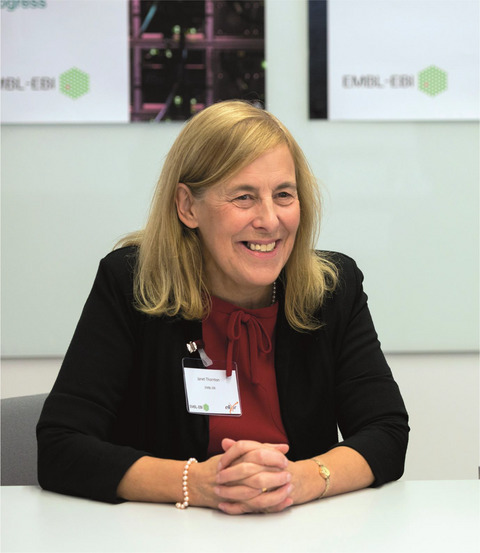 During this period, she formed a number of long-standing and fruitful collaborations that, amongst other advances, led to the development of a software that revolutionised protein structure validation – PROCHECK – as well as a unique classification system for protein structures, CATH. Janet was Director of the European Bioinformatics Institute EMBL-EBI between 2001 until 2015 and played a pivotal role in launching ELIXIR, a pan-European infrastructure for biological data. She remains at EMBL-EBI as a senior scientist and her group primarily focuses on understanding protein structure and function and how these contribute to our understanding of diseases and ageing. Her contributions to the life sciences have been distinguished through numerous awards and honours, and in 2012 she was appointed a Dame Commander of the Order of the British Empire for services to bioinformatics.

Fancy checking out some of our other captivating 'In Conversation With..' interviews? Find them here: https://febs.onlinelibrary.wiley.com/doi/toc/10.1002/(ISSN)1742-4658.in-conversation-with