Every issue we select one outstanding article as The FEBS Journal's Editor's Choice, this is made freely available to read. Here, we summarise the chosen articles within our November issues. Click on the link to access the paper for free!

Sec61 is a membrane protein channel via which polypeptides are transported into the ER lumen or integrated into the membrane. The Sec61‐associated Sec62/Sec63 complex supports ER transport in a substate‐specific manner, but it is unclear how and which precursor polypeptides are recognised by this machinery. 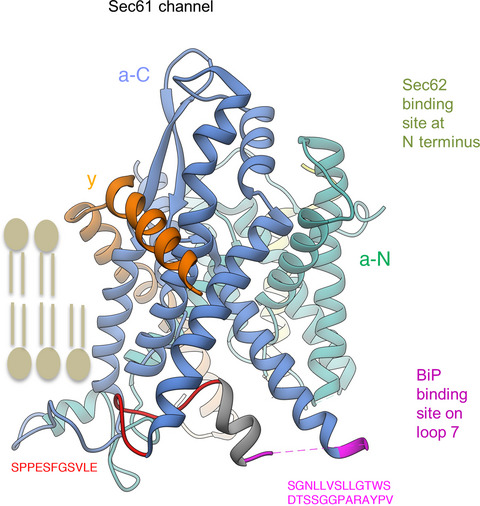 Here, Richard Zimmermann and co‐authors explored the mechanism of Sec62/Sec63‐driven ER import in human cells. They identified 36 precursors as Sec62/Sec63‐clients; 26 of which had signal peptides with longer but less hydrophobic H‐regions. Further analysis revealed that a slowly‐gating SP and the inhibitory effect of a positively charged cluster of amino acids are required for Sec62/Sec63 interaction.

Mutation of the PTEN gene has been linked to autism spectrum disorders (ASDs) and other disorders with autism‐like features. Here, Andrew Chen and co‐authors characterized a panel of PTEN autism‐associated mutants, unearthing a E157G PTEN mutant that displays preferential localization to the cell nucleus. 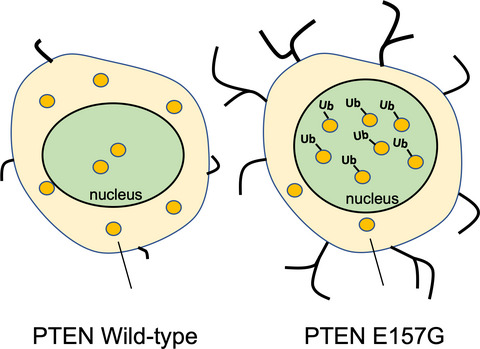 The E157G mutant was knocked‐in to an iPSC line that recapitulated a similar nuclear‐targeting preference. In addition, iPSCs expressing the E157G mutant were more proliferative at the neural progenitor cell stage and exhibited more extensive dendritic outgrowth when induced to undergo neuronal differentiation, hinting at the contribution of PTEN to the cellular features of ASDs.