An interview with Sharon F. Terry

In 1994 Sharon Terry’s two children, aged 5 and 7, were diagnosed with 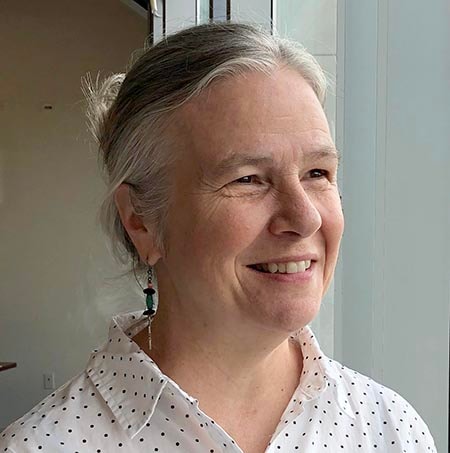 pseudoxanthoma elasticum (PXE), a rare genetic disorder characterised by the mineralization of some elastic fibers, leading to premature aging, potentially including vision loss and vascular disease. Following the devastating news, Sharon (a former college chaplain) and her husband (a manager at a building enterprise) dived into the scientific literature to find out all there was to know about the disease, which at the time was very little indeed. Undeterred, they built a biobank for DNA and tissues from PXE patients, did some wet lab research to search for the gene involved, and founded PXE International, an organisation devoted to providing information and supporting individuals with PXE as well as funding research on the disease. Sharon then joined (and eventually led) Genetic Alliance, a much larger nonprofit corporation, which provides support to organizations assisting families facing genetic diseases. Genetic Alliance aims to engage the community in transforming health systems to respond to patients’ needs. Sharon is currently a member of several international and national committees involved in health and science policies, such as the International Rare Disease Research Consortium and All of Us. She has received numerous awards and honorary recognitions for her remarkable efforts and achievements, and has a TED talk with more than a million views [1].

In this interview, Sharon Terry talks about her experience and shares her views on how scientific research responds to the needs of the community.

Find out how life experience and sheer determination turned Sharon Terry into an ambassador for rare diseases and an advocate for open science and collaboration. Access the freely available full article.

How to cite this interview: