Sameer Velankar and Gerard Kleywegt, from the Protein Data Bank in Europe, and Alex Bateman, Head of Protein Sequence Resources, all at EMBL’s European Bioinformatics Institute (EMBL-EBI), explore the research avenues opened up by the AlphaFold database and explain the method's limitations.
Oana Stroe
Senior Communications Officer, EMBL-EBI
Follow
Like Liked by Angel Herráez and 1 other

The protein folding problem was first introduced in 1968 and referred to the challenge to predict the 3D structure of a protein based solely on its sequence of amino acids. Since then, it has remained one of the biggest unsolved mysteries in biology, despite numerous research efforts. This all changed in November 2020, when the AlphaFold artificial intelligence system developed by DeepMind seemed to have cracked the problem.

Less than a year later, more than 350,000 AlphaFold protein structure predictions have been made freely and openly available for anyone to access through the AlphaFold Database (AlphaFold DB), co-developed by DeepMind and EMBL’s European Bioinformatics Institute (EMBL-EBI). This number is set to increase to over 100 million structures in the near future.

The power of open data

Since the 1970s, the structural biology community has archived experimental protein structures in the Protein Data Bank (PDB), a freely available global resource that now contains over 180,000 structures. The AlphaFold system builds on this huge body of experimental information and generates its predictions by analysing the relationship between these known protein structures and huge amounts of protein-sequence data. This protein-sequence information has also been generated by scientists all over the world, mainly through genome sequencing, and is made available through public resources, such as UniProt and MGnify hosted at EMBL-EBI. As a result, AlphaFold is able to produce near experimental-quality structure predictions for a wide range of proteins. AlphaFold is the first AI method to achieve such good results, as demonstrated in the CASP14 conference.

In addition to structure predictions for almost the entire human proteome, AlphaFold DB also includes protein structure predictions for 20 other species of significant biological or medical interest. In the coming months, the resource will grow to cover a large proportion of all catalogued proteins (a reference sequence for each cluster that groups sequences with up to 90% sequence identity; i.e. UniRef90).

Being aware of the limitations

Although the availability of predicted 3D models for the known “protein universe” is an exciting prospect with huge impact, there are certain limitations to the AlphaFold method and database that researchers need to be aware of. The most important caveat is that AlphaFold structures, although high quality, are still predictions and most of them have not yet been validated experimentally. Below are some of the limitations of the method:

The predicted structures may (or may not) lead directly to mechanistic or functional insights regarding the protein. However, the models themselves not only correspond to over 350,000 structural hypotheses, they may also lead to many other hypotheses about domain structure, function, specificity, interactions, binding partners, roles of mutations, etc. for equally many proteins, and all these hypotheses can be tested experimentally.

The protein-structure predictions in AlphaFold DB will have an immediate impact on molecular structural biology research, and in the long term, a potentially significant scientific, medical and economic impact.

AlphaFold DB could also open up the development of research areas that were previously impossible, impractical or limited by the relatively restricted amounts of 3D structural information available. PDB contains over 180,000 entries which cover ~55,000 unique proteins. This is a tiny fraction of the number of known protein sequences, which is estimated at 220 million sequences in UniProt, or even more in metagenomics databases such as MGnify (>600 million). Imagine what discoveries the millions of protein structure predictions set to be made available in AlphaFold DB can help to unlock.

The availability of predicted 3D models on a large scale is likely to accelerate structure studies by kick-starting experimental structure determination. AlphaFold can also help to elucidate structures for which experimental data was collected years ago, but the phasing problem could not be solved previously. In the immediate aftermath of the announcement of AlphaFold DB there have been a considerable number of anecdotal reports of such cases.

The availability of 3D models for almost every protein is also likely to shift the focus of structural biologists to different challenges, such as predicting the structure of protein complexes and assemblies, and predicting how drugs and other small molecules interact with proteins. After all, proteins exist in dynamic systems and not in isolation.

In the field of drug discovery, the use of 3D models can provide an understanding of why a certain drug compound is an inhibitor while a related compound is not, or why certain proteins are “druggable” while others are not. Researchers can also use virtual screening techniques to find new uses for existing drugs.

Crucially, deep-learning technology may become a mainstay of future developments to understand how proteins work. One such challenge is that of studying intrinsically disordered and mobile regions in proteins, which are functionally important and may adopt a well-defined structure in the appropriate context, for example when interacting with a partner protein. About a third of the human proteome is predicted to contain intrinsically disordered regions and insights provided by the advances in prediction methods will advance their study.

There are too many potential research avenues to tackle in this article, but if you would like to find out more, you can read a more detailed analysis here. Or why not take a dive into the AlphaFold DB to see what wonders you can uncover?

The possibilities may be endless, and one thing is certain: AlphaFold DB represents the beginning of a very exciting time in biology and a reinvigoration of protein science that will drive innovation in the coming decades.

This post was written by Sameer Velankar, Gerard Kleywegt and Alex Bateman, all from EMBL’s European Bioinformatics Institute (EMBL-EBI).

If you are a student or early career researcher interested in this topic, listen to the online talk that Gerard Kleywegt and Sameer Velankar will give to the FEBS Junior Sections on 26 October 2021, 19:00 (CEST). For more information visit: 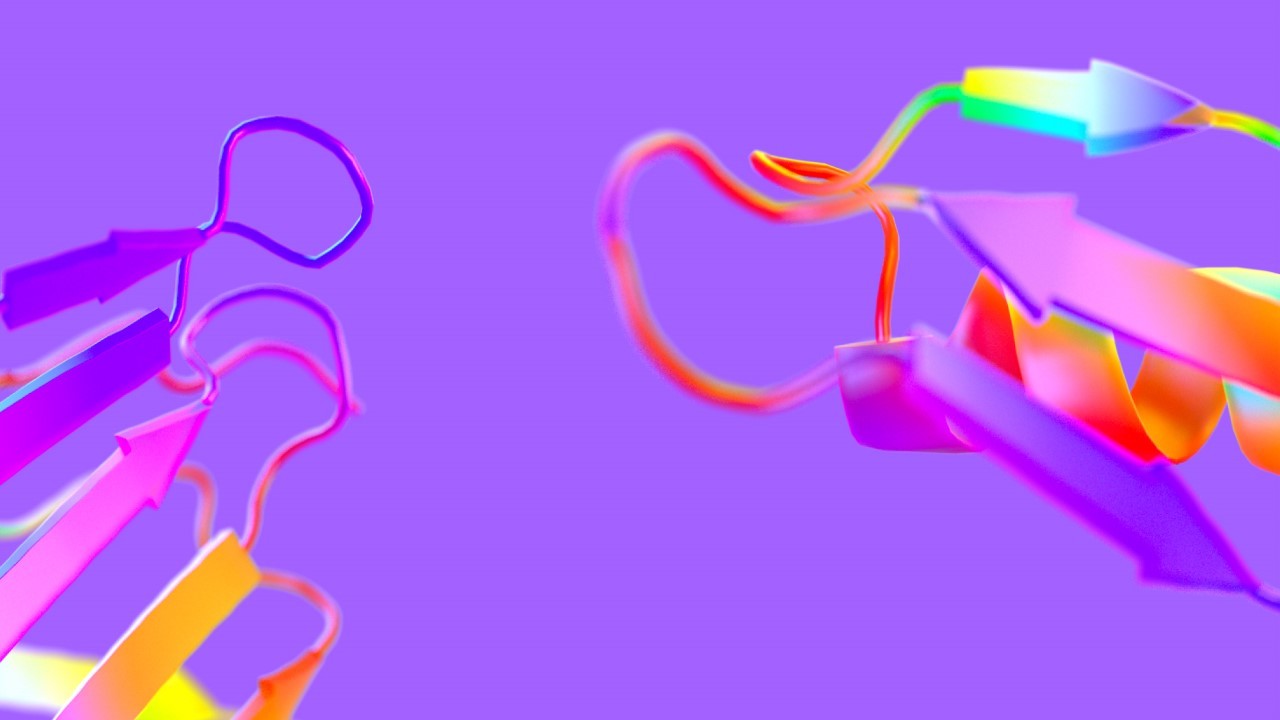 Sameer Velankar and Gerard Kleywegt, from the Protein Data Bank in Europe, and Alex Bateman, Head of Protein Sequence Resources, all at EMBL’s European Bioinformatics Institute (EMBL-EBI), explore the research avenues opened up by the AlphaFold database and explain the method's limitations.