Science and the arts are often portrayed as polar opposites, but the truth is that they’re far closer than many of their practitioners even realise.
Brooke Morriswood
group leader, University of Würzburg
Follow
Like Liked by Carolyn Elliss and 3 others

And that word “truth” is key, because it’s truth that they’re both concerned with. But different kinds of truth.

The truth that scientists strive for is objective truth – a dispassionate, detached, unambiguous description of the natural world that explains how and why things work the way they do. Conversely, in the arts it’s subjective truth that is the target.

This dichotomy is best expressed in the way that the obtained truth is presented. The ideal for a work of art (whether it’s a book, a film, a piece of music or a canvas) is for people to intuitively understand it on some level and also to be able to form their own interpretation. It’s what makes consumption of the arts so fascinating; how two people can sit side-by-side through the same stage or screen performance, and yet derive radically different impressions of the same piece.

Conversely, the ideal for a work of science is to leave only one interpretation possible (ideally, the same as the one drawn by the work’s authors). The precision of language, the attention to detail, the deployment of a battery of techniques – all are designed to whittle away the ambiguity and pin down the meaning to a single point. It’s a cold, hard, kind of truth, but its beauty can be transcendent.

The arts too employs precision of language, painstaking detail, and a panel of approaches to achieve its end – but here the goal is to enhance the ambiguity rather than eliminate it. Ambiguity is at the heart of subjective truth and is what gives it power. A work of art without ambiguity feels crude, oppressive – the interpretation is compelled on the viewer, and the effect is suffocating (state-sponsored Communist artworks of the 20th century are a good example).

But art with the right amount of ambiguity is both profound and exhilarating. It enables the viewer to draw their own personal conclusion, and it’s that ability to engage on an individual basis with the work that gives art its resonance. Ridley Scott’s interpretation of his own film Blade Runner differs from many of the film’s fans, but the remarkable thing is that that doesn’t make their interpretation in any way incorrect. Science’s objective is to have only one meaning; art can have as many different meanings as there are viewers.

It’s this intensely personal aspect that marks art out. The truth that art professes is drawn from the infinite diversity of individual experience and the moral and psychological dimensions in which those experiences occur; science’s truth is gleaned from Nature’s infinite book of secrecy and draws on the commonality of biological heritage and physical laws. Both kinds of truth are universal, but inhabit different realms.

The shared search for meaning perhaps explains why the emotional landscapes that artists and scientists occupy are so eerily similar. The self-doubt, the hard work, the creativity, and the addictive hit of discovery unite both sets of practitioners. The vehicles they use may be different, but they’re travelling the same road. 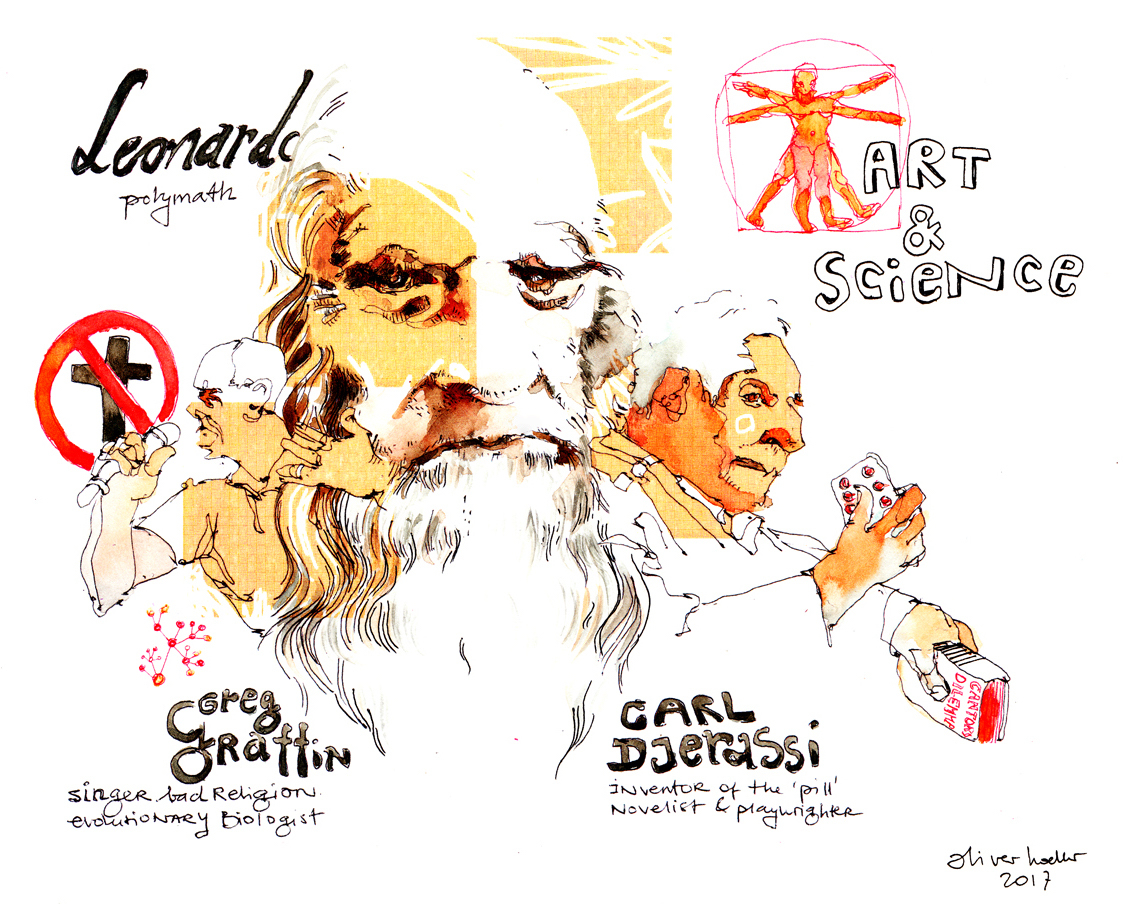 Science and the arts are often portrayed as polar opposites, but the truth is that they’re far closer than many of their practitioners even realise.