The first association of Croatian biochemists was established in 1957 as the Section of Biochemistry within the Croatian Chemical Society. In 1976, the Section became the Croatian Biochemical Society, and in 2003 it changed its name to the Croatian Society of Biochemistry and Molecular Biology (HDBMB). As a part of the Union of Chemical (and later Biochemical) Societies of Yugoslavia (UBSY), the Society became a FEBS member in 1965, and an independent Society in 1992.

In the time of Yugoslavia, Croatian biochemists together with Slovenian colleagues significantly contributed to the development of biochemistry in other Yugoslav republics – founding the Union, initiating research projects between institutions from different republics, mentoring students from other republics, teaching biochemistry at the Yugoslav universities and taking part in organization of the Union’s congresses. There was also an international outlook from Croatian biochemists who were, for example, active in organizing (and participating in) the Alps-Adria regional meetings of Austrian, Bavarian, Croatian, Hungarian, Italian and Slovenian biochemists (two were held in Croatia: Zagreb, 1981; Opatija, 1990), as well as the ‘Balkan Biochemical and Biophysical Days’ that gathered scientists from Albania, Bulgaria, Greece, Romania, Turkey and Yugoslavia (e.g. Dubrovnik, 1988).

Due to the Homeland War (Croatian War of Independence, 1991–1995) and the difficult economic situation in ensuing years, the international activities of the Societies in the region were rather suppressed. However, Croatian biochemists and molecular biologists maintained personal contacts and collaboration with colleagues from all around Europe, who actively supported molecular life sciences in Croatia particularly through participation in its congresses and symposia. At this time, because of the politically and economically challenging times for colleagues in Bosnia and Herzegovina, HDBMB offered them free membership of the Society.

Collaboration with scientists in the region started to revive in the late 2000s, and is an example of science trying to transcend regional tensions and differences. In 2011, HDBMB organized an IUBMB-supported Workshop on Biochemical Education for Medical Students in Split, which was attended by participants from Bosnia and Herzegovina, Croatia, Northern Macedonia, Montenegro and Serbia. In addition, renewed contacts with Slovenian and Hungarian colleagues resulted in organization of a FEBS3+ Meeting (a FEBS-sponsored meeting involving at least three FEBS Constituent Societies) by HDBMB in Opatija in 2012. The event gathered more than 300 participants, from not only the organizing Societies but also many other European countries, and it was a good basis for further development of the regional collaboration. Indeed, a second FEBS3+ Meeting was organized in Portorož, Slovenia in 2015, by the Slovenian Biochemical Society in collaboration with the FEBS Societies in Croatia, Hungary and Serbia; a third in 2018 in Siofok, Hungary, by the Hungarian Biochemical Society; and a fourth is expected in Belgrade, organized by the Serbian Biochemical Society. To further promote contacts among scientists from the region, all four Societies arrange a special FEBS3+ session in their national congresses that includes lecturers from the other three Societies.

What are some of the benefits of regional collaboration? Although HDBMB is not among the smallest FEBS societies (it has 250–300 active members), the Croatian scientific community is relatively small. For individual scientists, discussing work with other groups studying similar areas, applying multidisciplinary approaches, considering multicentric studies and accessing particular equipment are all drivers for cross-border collaboration and mobility – and for ease of travel and contact it makes sense to consider opportunities in easily accessible neighbouring regions (in a 400 km radius from Zagreb, there are numerous well-known institutes). The HDBMB congresses have a long tradition and are well attended not only by Croatian molecular life scientists but also by guests from abroad. However, the experience of a multinational and multicultural environment is always inspiring, on a personal as well as a scientific level – and particularly so for graduate students where such joint meetings are often the first opportunity to spend some time in an international environment – so the positive experiences of FEBS3+ Meetings will be for sure continued in the future.

The very fruitful collaboration between the Slovenian and Croatian Societies has also led to joint organization of the next FEBS Congress. The FEBS2020 Congress will be held in Ljubljana, Slovenia, July 4–9, 2020, whereas the accompanying FEBS Young Scientists’ Forum will be held in Lovran, Croatia, July 1–4, 2020. We hope it will serve as a demonstration of the benefits of close collaboration, intensive interactions and friendship among FEBS Societies. We kindly invite you to participate, thus contributing to the promotion of the molecular life sciences all around Europe and beyond!

Back to FEBS Society Spotlights
Next 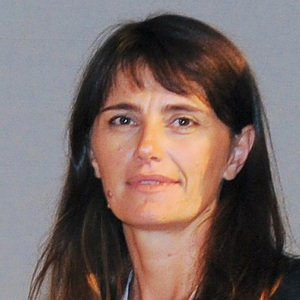 Professor, University of Zagreb Faculty of Pharmacy and Biochemistry

73rd Mosbacher Kolloquium: The World of RNAs – Principles and Applications