About 100 young life scientists from 28 countries of Europe and neighbouring regions gathered in Prague in July 2018 for the 18th YSF, just ahead of the FEBS Congress – here's a glimpse into the event from a report in 'FEBS News'.

The FEBS Young Scientists’ Forum (YSF) is a meeting aiming to promote networking among PhD students and young postdoctoral researchers, and it takes place just before the annual FEBS Congress. The 18th FEBS YSF was held in Prague from July 4th to 7th, 2018. The venue was the Park Inn Hotel, located in the broader city centre of Prague within walking distance of the Prague Congress Centre, where the 43rd FEBS Congress followed.

The 18th YSF local organizing committee of young scientists consisted of Vlastimil Kulda (Chair), Jana Balounova, Jiri Cerny, Lenka Malinovska, Katarina Psenakova and Zuzana Kadlecikova. The organization was overseen by Irene Díaz-Moreno, Chair of the FEBS Working Group on the Careers of Young Scientists. All the team members worked hard for more than a year to make this event happen successfully.

The 18th YSF gathered together ca. 100 young scientists representing 28 countries of Europe and neighbouring regions. The participants were chosen from 280 applications. FEBS provided financial support for the organization of the YSF and for the attendance costs of participants at the YSF and 43rd FEBS Congress. Additionally, two participants were directly sponsored by the UK Biochemical Society.

The event began with welcome addresses from Václav Pačes, the FEBS Secretary General, and Libor Grubhoffer, the Chair of the Czech Society for Biochemistry and Molecular Biology. In the opening lecture, entitled ‘Translation control: the third genetic code’, Eric Westhof (Strasbourg, FR) showed the important role of modifications in tRNAs as an additional layer of the genetic code.

Participants at the 18th YSF also presented their own research. There were three symposia each comprising four talks from selected participants, and a challenging session of 1-min poster talks in which all YSF participants advertised the main content of their work. Posters were displayed throughout the time of the conference, and we were impressed by their quality.

The scientific programme was accompanied by social events to promote interactions and experience Prague. Due to unexpected bad weather, the planned picnic at Vysehrad area was rearranged into an enjoyable ‘indoor picnic’ with a social bingo game. The following evening we had a short Prague guided walking tour along the Vltava river, at the end crossing the Charles Bridge to reach Prague’s Lesser Quarter and having a dinner there. Lastly, in the time between the official end of YSF and the beginning of the FEBS Congress there was a boat trip on the Vltava river.

It was a pleasure to witness the enthusiasm and networking of so many young people during the event. The great success of the 18th YSF was reflected from the answers to the on-line survey: 95% of participants answered that the overall impression was excellent, and many expressed their gratitude for this opportunity focused on young scientists.

Last but not least it is worth mentioning that as a new experience for the YSF, a closed ‘room’ on the FEBS Network was created to include important and useful information to be shared among YSF participants. Let us conclude that it is a powerful platform to support such events. 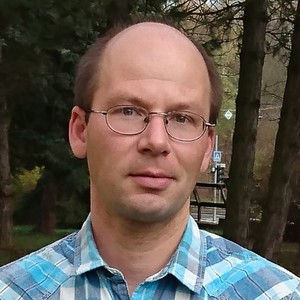