My interests lie in the development and evolution of the amazingly diverse plant shapes. In my research I combine a range of multidisciplinary approaches, from the molecular to the computational, but I can’t say that biochemistry is the real focus of my research. Nonetheless, I was awarded a FEBS Long-Term Fellowship and welcomed into this group of extraordinary people that I had the pleasure to meet at the FEBS Fellows Meeting.

As I prepared for the meeting, I worried that I would be out of my depth and that other fellows wouldn’t engage with my research. Turns out I was not alone. As I met the other Fellows, I learned that many shared the same concerns of being the odd one out at a meeting of scientists occupied mostly with biochemistry and molecular biology. I have come to realise that this diversity of subjects and backgrounds is the strength of this community, and throughout excellence and a real excitement for science is what brings us together.

The FEBS Fellows meeting is a small affair but the experience of attending was one of the most enriching I have had at a scientific gathering. This year it ran in parallel to the Young Scientists Forum in the week before the FEBS Congress in Krakow. We had a dedicated conference room which helped create a feeling of closeness. We quickly got to know each other and though some of the former fellows had known each other for several years, soon we were all on equally friendly terms.

Everyone had a chance to present their research and perhaps because we all had such diverse projects everyone made their presentations accessible and engaging. For me personally it was interesting to learn about different subjects and techniques, and to get an unbiased fresh perspective on my own research. Besides the scientific talks we had dedicated time to discuss FEBS, how it can continue supporting the fellows and maintain an engaged community. As fellows shared their experiences openly it was encouraging to hear of how FEBS support has had a positive impact in the careers of former fellows.

We made use of every spare moment to further our acquaintances and discuss freely about science, careers and personal life. Beyond the science, this was the most valuable experience of this meeting for me personally. The candid conversations with former and current fellows on making career choices, to move or not to move, what is the transition to an independent position like and what are the challenges of leading a research group. It wasn’t all serious conversation though. We also had some (scheduled) fun and by the end of the week we were exploring the city together and having a lovely impromptu meal.

Inspired by the excellent research of all and the successes of FEBS fellows and alumni, I came back with a renewed excitement for my own research. I brought with me a sense of belonging to a community of like-minded people that I can turn to for support and guidance.

I look forward to meeting them all again and to welcoming the future generations of FEBS fellows at future meetings. 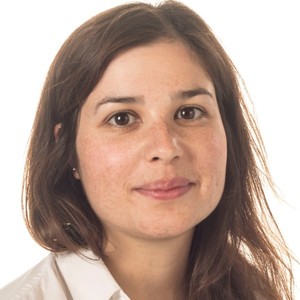 Andreas Hartig
over 2 years ago

Great to hear that you enjoyed it. An experience to be repeated!