Impact of Brexit on international mobility of researchers

International mobility is a key component of the research system worldwide. Whether for conferences, short or long-term mobility, international travel facilitates networking and collaborations and offers to researchers access to exclusive skills, knowledge, ideas and techniques crucial for their career development. Not only the researchers benefit from this mobility. Their home and host countries, as well as the Society in general, gain competitive and highly motivated researchers that enrich their systems while creating everlasting global networks. Accordingly, governments, institutions and funding bodies strongly encourage this movement.

Reasons for mobility are complex and can differ depending on the career stage of the researchers [1]. However, personal and political circumstances influence this decision. Culture, language, economy, geographic proximity, familial commitments, bureaucracy or workers' rights in the host countries are also strong factors.

Studies about flows of mobile researchers around the globe show some countries to be exporters of researchers and other workforces, and others to be receptors [2]. Within Europe, the United Kingdom (UK) in particular is an attractive country for excellence research, proven by the numerous Nobel prize winners, the number of universities in top positions and its leadership in many research fields. Moreover, its membership within the European Union (EU) offers a very engaging place as a worldwide labour market in any field [3]. The relatively small size of the EU, common rights and values, free movement of workers, and access to cutting-edge tools and prestigious funding programmes, make it easy and attractive for researchers and their relatives to move within this area, decreasing the potential personal mobility obstacles and boosting the international talent recruitment.

However, in the last few years, the EU has suffered political instability due to the rise of nationalism. In the UK, since the outcome of the Brexit referendum in 2016, scientific and non-scientific organisations have alerted about the risk of severe damage to research disciplines if the UK leaves the EU, with or without a deal. Top research institutes, funding bodies, university representatives, Nobel prize winners or scientific Societies have pointed out the main effects of Brexit on research and suggested constructive measures to mitigate such damage [4,5,6,7,8,9]. All of these organisations, based on studies and consultations among researchers, agree that three sensitive points exist.

The consequences of those three main points awoke an uncertainty in EU researchers in the UK, potential newcomers and international collaborators, and the Brexit process has already made an impact at a personal and professional level. With no solution in sight and with symptoms of exhaustion, the political instability in the UK and the phagocytosis of the process over other political actions, continue to decrease the attractiveness of the UK as a destination for doing research and science.

New alternatives: However, because of government slowness, organisations and universities in the UK have recently implemented new schemes to mitigate the future effect of Brexit. Some of the biggest names in the British higher education sector have secured alliances with European partners to ensure continued access to research and to maintain student exchanges once the UK leaves the EU [19,20]. Some examples of European pacts are the University of Oxford with four institutions in Berlin, the University of Cambridge with Ludwig-Maximilians-Universität München, the Imperial College London with the University of Munich or the University of Bristol establishing a new centre in partnership with the Max Planck Society. In the same way, The Wellcome Trust, an important funding body in the UK, has recently opened offices in Berlin and will allow transferring their grants outside of the UK [21,22].

Research excellence is underpinned by mobility, resources and regulations, and benefits from long-term stability and planning. The British Government needs to be much clearer about the plans to mitigate these effects and guarantee the conditions to keep the UK as a country to attract international talent and its ability to make scientific discoveries that will benefit not only the UK but worldwide progress. 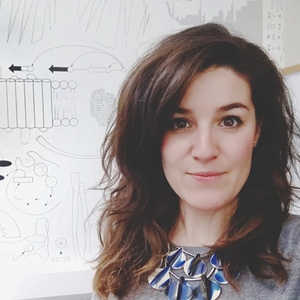