Triage and assessment in science

In medicine, especially battlefield medicine, the triage system is used to ensure that time is apportioned in the most efficient manner possible. Adopting a similar system might make assessments in science more satisfactory, and fairer.

Triage involves categorising incoming patients according to the severity of their wounds and the likely benefit of medical intervention. Hopeless cases and those with non-life-threatening injuries are separated from those for whom immediate treatment might make the difference between survival or death. In essence, it is a means of dealing with situations in which a resource is finite and demand is overwhelming supply. In hospitals, similar decisions are made in order to allocate beds, as these are typically limited.

In hospitals, it’s junior staff (usually triage nurses) who make this evaluation. This means that the time of senior doctors is used as efficiently as possible when time itself is limiting, as it is generally not physically possible to see all patients.

In science, a common complaint – particularly from senior members of the profession – is that there is insufficient time for research activity, which suggests that there could be action taken to ensure that that time is used more efficiently. A corollary is that many (by definition important) activities involving these senior members are being undertaken in conditions that may hamper optimal decision-making.

One particular area of relevance is in assessments. These could be for job candidates, grant applications, fellowship applications, or, on a more trivial but still important level, reviews of papers. For example, consider the open calls that are commonplace for junior faculty positions. Such calls have the advantage of casting a wide net – applicants are not beholden to work in subject areas dear to existing senior faculty – but the drawback of attracting very large numbers of applicants.

In most cases, the 80-20 rule (Pareto principle) holds. 20% are probably clear-cut yes/no decisions, and 80% fall into a problematic grey area where assessment is more tricky.

Currently, it’s not unusual for an open call to produce around 200 responses, which gives around 160 “grey area” applications that need to be fairly assessed in order to produce a shortlist of interview candidates.

This is still a number that overwhelms most search committees, so short-cuts are often taken. The most notorious is, of course, filtering on the basis of whether or not an applicant has a first-author paper in a so-called "blockbuster" journal.

Consequently, it’s to be expected that both the false positive and false negative rates are probably high. Some candidates may be shortlisted when they are perhaps not as above-average as they seem; others may not be shortlisted because they score poorly on whatever metric is being used to whittle the list down (e.g. no first-author paper in a particular journal). And the very large number of applications in total will increase the amount of noise. As such, decisions are unlikely to be as efficient as they could be. And these are decisions that affect the funding and prospects of hundreds, if not thousands, of young scientists.

What would be better is the introduction of a triage system that utilises junior staff within strict parameters (so that both feedback and justification can be given). Using metrics instead of intuition reduces the subjectivity and should standardise the process.

Crucially though, the metrics that are employed should be chosen so as to get candidates that the department wants, not just a list of people with similar publication statistics. For departments, this might involve giving heavier weighting to the ability to teach, to raise funds, the ability to collaborate, and the ability to mentor effectively; for grant applications, this might involve weighting according to the stage of a person’s career, how much independence they’ve shown in their career to date, and so on. A multi-parametric triage would be an effective and fair way of whittling large lists down, and give valuable experience to the junior staff who may be about to undergo a similar application process themselves.

In general though, what TIR is advocating is this: that junior members of the community be utilised more to filter the input so as to make the decisions by senior members more efficient. 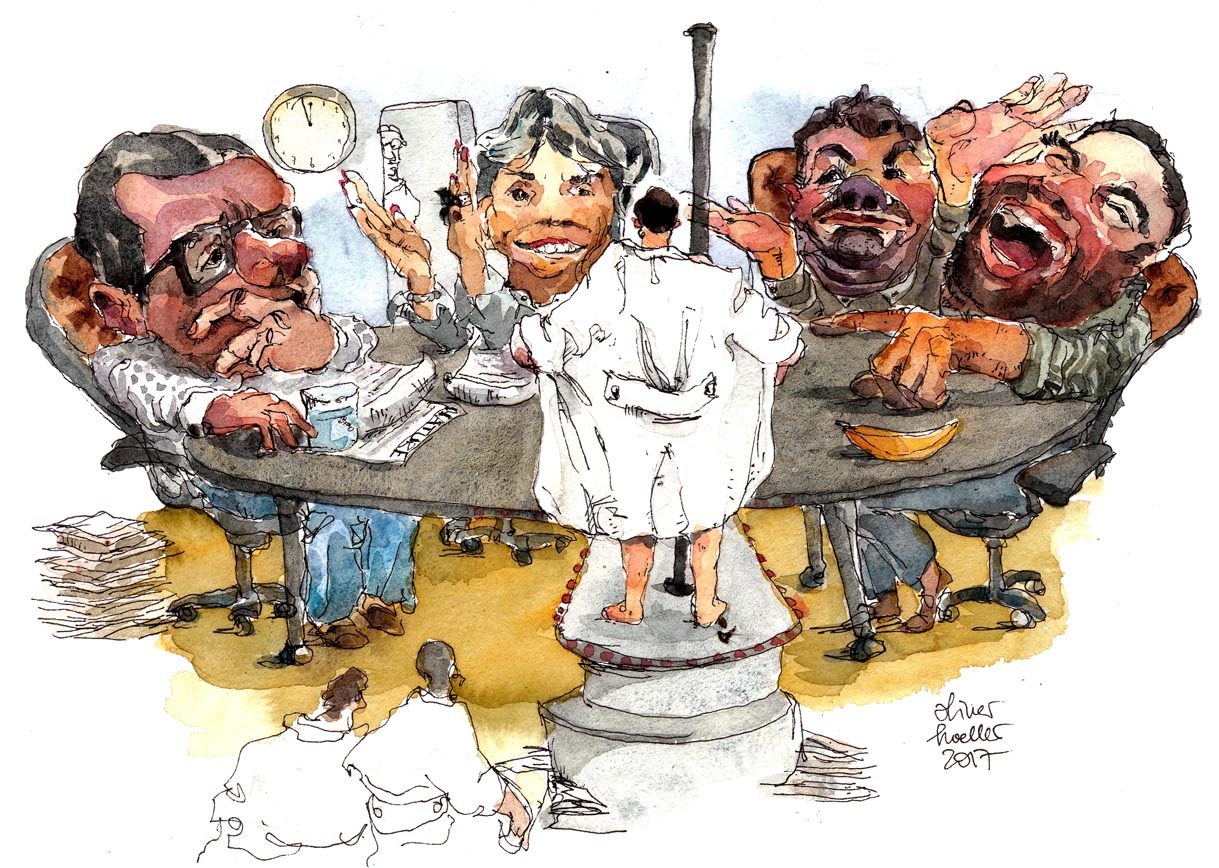 Triage and assessment in science