You can’t handle the truth! (a note on fake news)

Fake news has been getting a lot of airtime recently, especially in the USA. There’s been much hand-wringing about how best to deal with the phenomenon, but it's possible that academics already have the solution.

Simply put, the average member of the public is going to have to become a lot more like a scholar in the way they regard and evaluate truth.

Fake news is a Pandora’s box. The goblins of wilful misinformation, propaganda, and distortion have been released online and it’s folly to think that they can be put back in the box again. On the internet, what began as satirical fun (the Onion, Whitehouse.org) has turned into something different, possibly darker, and certainly more insidious.

For all the talk of Facebook launching fake news filters, Google and other search engines clamping down on clickbait sites, and government agencies being launched to meticulously fact-check stories, the simple truth is that there’s already too much out there. The fake news noise, amplified by social media, may already be louder than the real news signal. Especially so if, as seems likely, it’s already been weaponised to a degree through the work of troll farms and botnets.

Leaving aside the issue of deliberate dissemination of outright falsehoods, the reality is that truth itself is seldom a black-and-white quantity – as any good politician or courtroom lawyer will tell you. Few things in life have the unambiguous splendour of a mathematical proof, and most times truth is somewhat relative. The same facts can be spun to fit different narratives, and even if correct on first inspection, this doesn’t always mean that a story will withstand closer scrutiny of its details.

The online encyclopaedia Wikipedia offers a case in point. In the early days, it wasn’t uncommon to hear people affecting shock that it was used (“But anybody can edit it!”), yet we now know it’s at least as reliable as reputable sources such as the Encyclopaedia Britannica.

Scientists were probably one of the earliest adopters of Wikipedia. Why? Because textbooks are accurate only to the date they’re published. Even with the risk posed by possible errors (deliberate or accidental) in Wikipedia’s content, it was guaranteed to be up-to-date. And this benefit made scientists more than willing to use it, because it actually mirrors how they go about their working lives.

When you’re at the limit of human knowledge, you are constantly evaluating the reliability of your information. Any knowledge gained can only be accurate to the best of current resolution, and requires independent validation in order to be regarded as trustworthy.

The handy thing is that once you’ve learned to be a seasoned evaluator of information, you can extend this far beyond the narrow confines of your own assays to encompass any kind of information-bearing signal – and news offers a case in point. What is the story? Does it seem plausible? What is the source? Is the source reliable? Does the source have an incentive to be ever-so-slightly less than completely objective? (the answer is almost always “yes”) What is the nature of the general audience for the source? Does the story seem tailored to feed a confirmation bias in the reader? If it seems too good to be true, then it should set off alarm bells.

Most of us are already relatively adept at spotting phishing e-mails (“Dear Sir, I am writing to you on behalf of the President of LaLaLand; your name was given to me as a trusted intermediary”), and getting better at detecting urban myths and hoaxes (“Police warning! Pass on to all other residents – gangs are carrying out initiation killings in your area”); the next step will be learning to apply an academic’s level of scrutiny to information that presents itself as news.

In the future, we will all be dons. 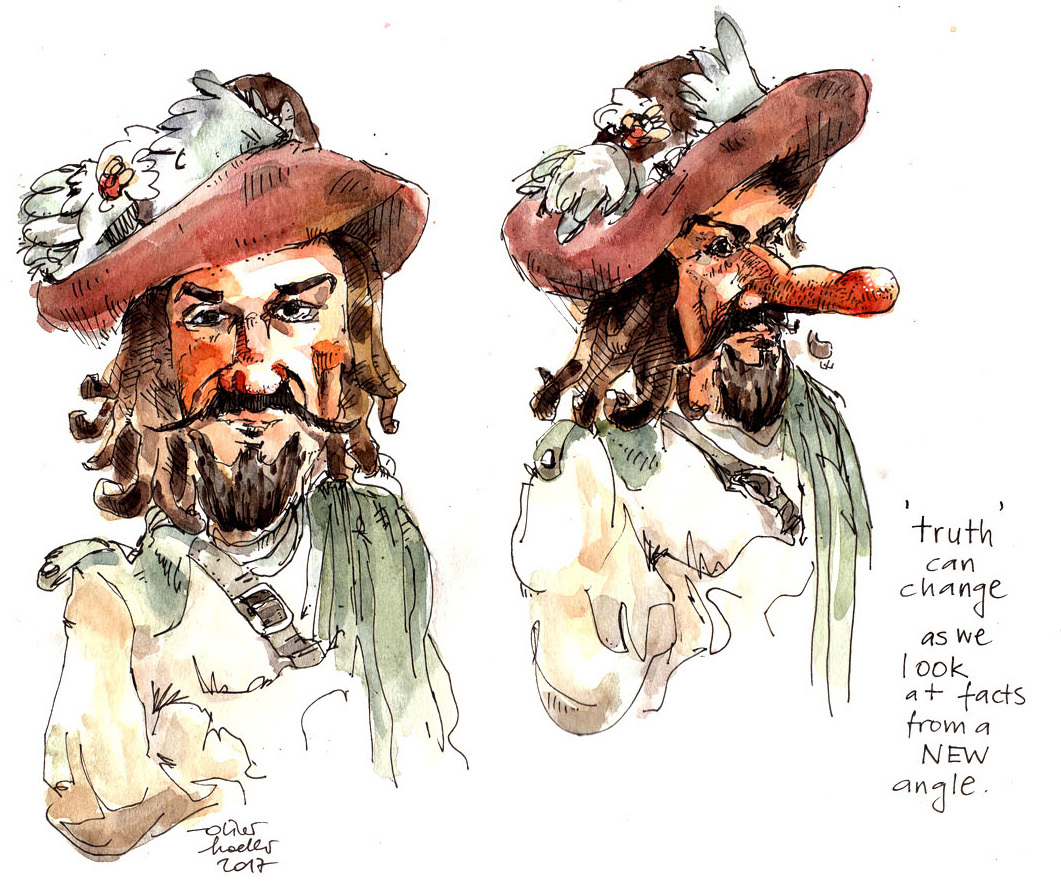 You can’t handle the truth! (a note on fake news)