Alchemists of the Middle Ages sought to discover the Philosopher’s Stone – a miraculous substance capable of transmuting base metals (e.g. lead) into noble ones (e.g. gold). Alchemy of a different kind goes on nowadays in scientific laboratories, but its goal is broadly the same – transforming undergraduates and postgraduates into mature scientists.

Turning promising students into good scientists is not straightforward however*. Even intelligent, highly-motivated, and green-fingered prospects are a long way from being the kind of finely-tempered steel that characterises the best postdocs.

Being smart doesn’t make you a good experimentalist. Being highly-motivated can easily translate into working brainlessly. Being gifted with a natural aptitude for benchwork doesn’t make you a critical evaluator of scientific data.

Instead, those traits that characterise the finished article – independence, practical competence, a critical mindset, self-confidence (not necessarily overt), a strong work ethic, and importantly, one’s own style of research – must usually be instilled, balanced, and nurtured during the mentoring process.

Forging those professional skills isn’t the whole of it. Striking the right balance between self-criticism and confidence is also essential. Students with low confidence need to be in an environment where they can develop self-belief; students that are overconfident need to be in an environment where their egos are channelled so as not to become a handicap. Both mentalities and every spectrum in between needs the right setting in which to flourish.

Not every student has the makings of a bench scientist. Nor does every student have the makings of an industrialist, an editor, a communicator, or a teacher. Finding out what people enjoy and what they’re best at is an essential part of the process. But this is something that the best mentors are capable of – the process of transmutation is ultimately a phase of self-discovery, a Bildungsroman in miniature.

There’s almost no such thing as a bad student. The true magic of personal alchemy is in determining where their unique talents lie, and then drawing them out.

*Having unpromising students and turning them into good scientists is about as close to genuine alchemy as you’ll get – but it’s a miracle that occurs over and over again.

Andreas Hartig
over 3 years ago

Once again a brillant reflexion on what's essential for a career in science. Thank you, Brooke.

Brooke Morriswood
over 3 years ago 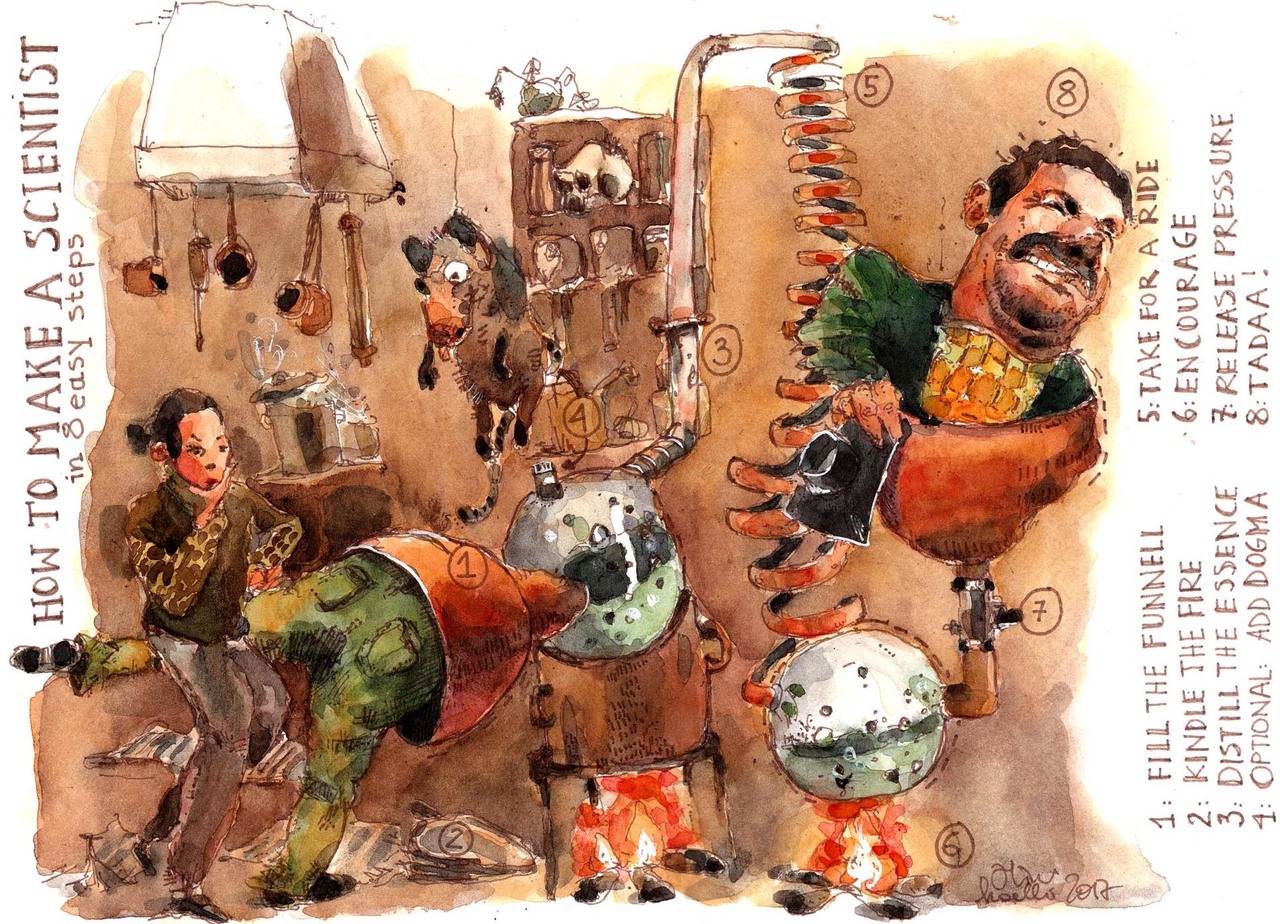