Why and how humanities matter for the life sciences

A look at the importance of the concepts of ethics, methodology and philosophy in scientific training – and a novel Summer School in Pistoia in June 2019 to tackle these fundamental issues.

From comments and debates in journals such as Nature and Science, it appears that there is an increasing number of scientists working on the life sciences that ask for more ethics, more philosophy of science and more methodology of science in the training of the young generations.

This is an easy question. On the one hand, there is a need for more integrity among researchers, as the reports of many scientific frauds and misconducts tell us and as the growing quantity of retractions connected with unethical behaviours demonstrates. On the other hand, the surprising research advancements, especially in the age of biomedicine and biotechnology, demand for new ethical analyses. Further on, there is an unclear idea of what a conflict of interests is both at a research level and at a clinical level. All of this requires that a student has to be exposed to ethical issues. It is not necessary that s/he becomes an expert ethicist. Rather, it is necessary that s/he knows that there is something called ethics, and that any of his/her actions (as a future researcher) can be ethically valued and can have ethical (and not only ethical) consequences.

Why methodology of science?

By speaking both with PhD students and with researchers, but also by reading articles in top journals, it easily comes to mind the idea that there is not a proper idea of what science and its method are. In particular, there is no proper understanding that the Galilean science is based on the disclosure of data and empirical procedures and that it is this disclosure which allows the replicability and the reproducibility of the outcomes. Without replicability and reproducibility of the empirical results there is no science: a very trivial point too pervasively forgotten. This is an extremely serious problem, not only for science and scientists but for the entire society since on those irreproducible data then diagnostic tools and therapeutic treatments are studied and proposed to patients.

Why philosophy of science?

A two-facet answer could be given. On the one hand, a competence in philosophy of science could help to avoid certain reasoning fallacies which could jeopardize the interpretation of the scientific results. For example, the fallacy of inferring positive conclusions from negative data, the fallacy of the affirmation of the consequent and the fallacy of the false generalization are extremely common and easily retrievable in scientific papers. Having a philosophical preparation on correct arguments could improve the appropriate way of reasoning in a research environment. On the other hand, such a competence could provide a right comprehension of the philosophical foundations of probability and statistics. From what we are reading over these last years, it seems that there is no clear and widespread idea of what a p-value is and what its connection with a confidence interval or with the scientific significance is.

The need for training

What should we do with frauds, misconducts, errors of reasoning, lack of ethical sensibility, ignorance of the basic of the scientific methodology and of the philosophical foundations of probability and statistics? Probably we should act at a training level and change something in the usual curricula in order to insert more ethics and more philosophy and methodology of science – that is, more humanistic stuff. If we do not train the future researchers also on these issues, we run the awful risk to miss the science we know and want (we hope). This could mean the miss of reliable scientific findings and the miss of a clear demarcation between science and magic: the only shield against fake science and pseudo-science.

This is the reason why we have proposed an intensive high-level training week for PhD students, that is, a “Summer School on Humanities for the Life Sciences”. This could be a first step towards the solution of the problems above mentioned, so that the young students could be exposed to humanistic issues and complete their training. The first edition of that summer school will be held in Pistoia (Italy) on 10-13 June 2019. For information and registration, see https://hls-pistoia.org/

Just to give some examples of the pretty big literature about this demand for more ethics, more methodology and more philosophy of science, see:

Corbyn Z (2012) Misconduct is the main cause of life-sciences retractions. Opaque announcements in journals can hide fraud, study finds. Nature 490: 21

Ioannidis J.P (2011) An epidemic of false claims. Competition and conflicts of interest distort too many medical findings. Sci. Am. 304:16.

Is excellence in research and teaching a realistic goal? 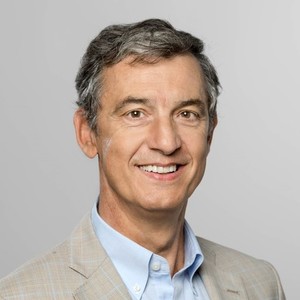