As a Senior Researcher and Group Leader of the Cell and Molecular Pathology Laboratory at the Prince Felipe Research Center of Valencia, Spain, I have been doing laboratory work since 1974. I am also a lifelong member of the Spanish Society for Biochemistry and Molecular Biology (SEBBM), a crucial society for promoting experimental biology in Spain. I have had some SEBBM responsibilities, such as member of the Admissions Committee, and member of the Organizing Committee of the highly successful SEBBM annual Congress of Valencia of 2015. I am now a member of the FEBS Publications Committee (2019–2022), and was for many years in the Executive Board of several international societies for research on Alcohol effects, which is my main area of interest. 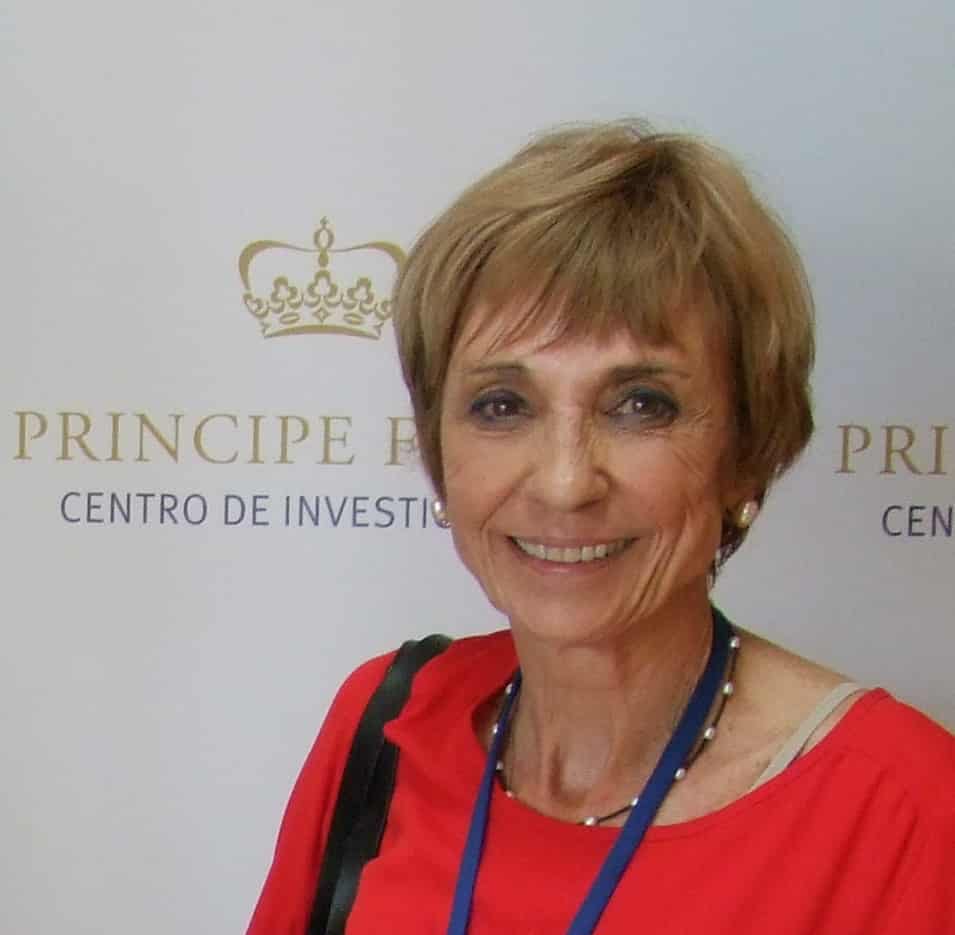 My lifelong focus has been on the molecular and cellular mechanisms of ethanol actions on the body – mostly on the brain – including brain development, and impact on the generation of the fetal alcohol syndrome. Doing basic science and enzymology, I have been involved in clarifying the molecular mechanisms of ethanol-induced hepatic and brain damage. My group was among the first ones that showed in animal models that alcohol and/or its metabolites (and not nutritional deficiencies associated with chronic alcohol intake) have teratogenic effects by themselves on the brain, resulting in the malformations associated with the fetal alcohol spectrum disorders. However, I feel particularly proud of our finding (from 2004 onwards) of neuroinflammation as a key consequence of alcohol abuse and a crucial mediator of alcohol pathogenesis. Using mammalian animal models, we have uncovered at least a part of the neuroinflammatory network involved. Similarly to endotoxin (LPS), alcohol can activate the toll-like receptors (TLRs) that are central to innate immunity, with strong signaling responses in glial cells that trigger much of the alcohol-induced brain damage. In fact, we have found that mice lacking the TLR4 receptors (TLR4-KO) are protected from many of the damaging effects of alcohol on the brain, and also on the liver.

My major impact has been on the clarification of alcohol effects, setting up or contributing to build a number of now widely accepted paradigms, such as the concept that alcohol, in absence of undernutrition, is a teratogen; that glia is a key target of alcohol, mediating many of the alcohol effects on the brain; that oxidative damage is a key element of alcohol actions on the brain; that the adolescent brain can be particularly and permanently damaged by alcohol; that there are gender differences on alcohol toxic effects, including neuroinflammation. The role of neuroinflammation and of innate immunity on alcohol effects is possibly the part of my work that is having the highest impact, a line derived from our finding that ethanol, by interacting with membrane lipid rafs in cortical glial cells in culture, can activate the innate immune receptors TLR4 response, triggering the release of inflammatory cytokines and other mediators and causing neuroinflammation. Using animal models, we further confirmed the role of the TLR4 response, since mice lacking TLR4 were protected against liver or brain damage associated with alcohol abuse. In fact, using an animal model of binge ethanol drinking during adolescence (a state of brain maturation) and using wild-type and knockout TLR4 mice, we  confirmed that ethanol can alter brain maturation by a mechanism involving the TLR4 response. These effects were confirmed in blood samples from adolescent drinkers. Our work has opened the way to develop therapeutic agents capable of crossing the blood–brain barrier and of abolishing the overactivation of TLRs, to alleviate or cure the neuroinflammatory process.

There were many challenges for a Spanish girl, who had just finished her University studies in Valencia (a large and very ancient University that, nevertheless, only introduced biology degrees with my generation) at the end of the Franco period (1973), to face. As it was usual in Spain then, I had been given French as foreign language at school, and was only exposed to elementary English during my University years. Thus, when I decided to go, together with my husband (then also a scientist-in-training) to the USA in 1974 to begin a scientific career, rather than a teaching career (the tradition in my family; my father was a high school professor of Philosophy), I had to face the language barrier, which I happily overcame, not without some difficulty. Doing my PhD work in the USA was of great help, particularly since my mentor, Santiago Grisolia, a Spanish expatriate MD and biochemist, would only use English in his relations with us. Also, perhaps unusually for the America of these days (1974–1977), he did not make any difference between men and women in terms of responsibilities or expectations for a scientific career. In 1977, less than two years after Franco’s death, we came back to a Spain in the difficult (but, happily, successful) transition towards democracy.  There the challenge was to rebuild a democratic, rational and science-oriented society after so many years of isolation (since 1939) from the main stream. This was a challenge but also a great and passionate adventure. Although in science we were not building everything, since there had been some local pioneers that had already taken the first steps, my generation had to invent a science system that, happily, was set on the basis of excellence rather than on the career scale. In my case, I had the extra challenge of not working in any of the two power centers (at the time, Madrid and, far away, Barcelona; Valencia, where we returned, is the third Spanish city, but at the time was very far away from Madrid in terms of influence). Again, this only meant extra work and the feeling of building something important with your day-to-day work. Again, I did not have to face any sex-bias or discrimination, perhaps because the same Santiago Grisolia that had been my PhD mentor in the USA, returned to Spain as head of the Institute where I was working at the time, and also because science was a particularly progressive and avant-garde activity that, in my view and in the view of those surrounding me, largely escaped macho stereotypes.  Looking back, I perceive few real personal challenges in my life. One was my first grant application, in 1980, just when the system had been set up, which was happily successful, allowing me to reproduce the fetal alcohol effects in animal models and offering me the possibility of enlarging my then tiny research group. I also remember that the decision to have a family was challenging, since by then (my daughter Consuelo was born in 1987) both myself and my husband were very busy scientists running independent and quite successful laboratories on different research topics, both as group leaders with numerous national and international commitments. Yet, once we had made the decision, raising little Consuelo was a shared and very rewarding job of father and mother, a fulfilling pleasure more than a challenge. Overall, despite having worked furiously all my life, I feel myself very fortunate and cannot complain much. Although I can recollect some anecdotes of gender discrimination on me, none of these were serious or systematic, perhaps because I have developed my activity in a sector, the public one, with no particular economic competition other than to get funds for research, which, again in the public granting system I do not perceive as sex-biased.

If a young woman would like to do research after finishing her PhD, one of the first approaches is to choose an appropriate research topic and a research group, and to publish scientific papers. Then, if she decides to follow a scientific career in academia and/or be an independent researcher try to get financial support, and remember that science requires a dedicated and very hard-working individual that maintains their enthusiasm and curiosity, without being discouraged when sometimes it appears difficult to achieve their research goals. But even if you decide to abandon the scientific career in academia, you can still teach or work in applied science in industry.

From my point of view, the best way to surmount the failures is to accept them not passively, but critically, by analyzing the situation. Then, try to solve the problem in a positive rather than a negative way, because a partial defeat can lead to a major victory later on.  At the scientific level, if a manuscript is not accepted in a journal, try to analyze and accept the criticisms, and usually the manuscript is improved. The same goes for grant applications.

I think that there is a general consensus that taking time out to have children, together with family tasks traditionally assigned to women, blocks or delays the path of women in academia. To counteract this, the public promotion of shared parenthood responsibility, using social and economic aids for this, appears crucial. For single-parent families, a social cushion that gives parents the time to focus on one’s career appears essential.

Personally, I have the impression that, possibly because of the ancestral tradition of decision-taking by males in patriarchal societies, women may tend to be more afraid than males about making incorrect decisions when in high executive positions. This impression of mine requires professional corroboration, but, if proven true, should be corrected by coaching, provided by Universities and Research Institutions to women in science.

Globally, the biggest problem for gender equality, both in academia and outside academia, is the highly patriarchal culture of many non-western societies, even with denial of rights to women. The latter is not so distant in the past in western societies, as exemplified by Spain, where women were deprived of some rights by law still in the Franco era (extending into the mid-seventies of the 20th century). This is a question for which I know no other recipe than to awaken in girls the thirst for equal rights, using for this the education in the values of personal freedom and the right to self-fulfillment. Possible instruments for this include the signature by countries of international treaties that promote universal access to such types of education. This, and access to knowing the world, were key carriers of the desire for freedom and self-fulfillment of the Spanish society, and could play the same role for other societies.

The impact of the pandemic on cancer charities and research funding
VIEWPOINTS, Coronavirus insights

The impact of the pandemic on cancer charities and research funding

Molecular Oncology
Careers in academia: the good, the bad and the ugly
VIEWPOINTS

Careers in academia: the good, the bad and the ugly

Leo Kurian
Connections between laboratory research and climate change: what scientists and policy makers can do to reduce environmental impacts
VIEWPOINTS

Connections between laboratory research and climate change: what scientists and policy makers can do to reduce environmental impacts

Cathy Abbott
FEBS Network
We use cookies to help improve your experience. By continuing to browse our website you are consenting to our use of cookies.
Learn more