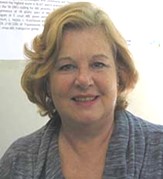 Dr Bianca Zingales is Professor of Biochemistry at the Institute of Chemistry of the University of São Paulo (São Paulo, Brazil). Her line of research is the Molecular Epidemiology of Trypanosoma cruzi, the agent of Chagas disease. She served on several committees of WHO’s TDR (Special Program for Research and Training in Tropical Diseases), being Co-chair of the Disease Reference Group on Chagas disease, Leishmaniasis and Human African Trypanosomiasis (2009–2012). She acted as Secretary General (2008–2015) and Vice-President (2016–2020) of the Pan-American Association for Biochemistry and Molecular Biology (PABMB), devoted to foster the advancement of these sciences within the Americas. Currently she is the President of PABMB. Zingales is also Chief Editor of the journal Acta Tropica, an Elsevier journal.

When I finished my PhD in 1975, studying the mechanism of transcription of ribosomal RNA genes in bacteria, I decided that I should contribute to issues of public health importance in my country. I chose the protozoan parasite Trypanosoma cruzi, the agent of Chagas disease that, at that time, affected 30 million people in Latin America. Aiming at a possible vaccine, I started by characterizing components of the parasite's surface involved in the penetration into the host cell and isolating their genes. I realized that the genes had sequence divergence among T. cruzi isolates. Other laboratories reached the same conclusion by investigating other genes. Therefore it was deduced that T. cruzi has high genetic heterogeneity.

Since Chagas disease has different clinical manifestations in patients, a challenge for the scientific community was to find genetic markers that would cluster the strains into discrete groups to study their infectivity, pathogenicity, and drug resistance, among other aspects. In a joint effort with several colleagues, we were able to identify such markers and, in 2009, we proposed that the thousands of T. cruzi isolates can be partitioned into seven phylogenetic lineages. We also provided simple PCR genotyping protocols that could be used in laboratories of countries with endemic Chagas disease.

Impact 1: Definition of the molecular epidemiology of Trypanosoma cruzi. The protocols we proposed for the genotyping of the seven phylogenetic lineages have been used by researchers from endemic areas of Chagas disease and countries where the disease arose due to the migration of infected individuals. As a result, at present, we have an overview of the geographic distribution of the lineages, wild reservoirs and insect vectors, and evidence of the pathologies that some lineages can promote in humans. This information is important for the development of new treatment schemes and possible vaccines.

Impact 2: Role in decision-making committees. The impact of the scientific contributions of my group most likely contributed to me being invited to participate in several committees of WHO and TDR (Special Program for Research and Training in Tropical Diseases), whose ultimate goal is to improve the health of people affected by infectious diseases of poverty, through research and innovation. I also have served for many years in the Executive Committee of the Pan-American Association for Biochemistry and Molecular Biology (PABMB), devoted to foster the advancement of these sciences within the Americas. Currently, I am its President.

Throughout my career, I have faced some challenges.

In my PhD studies, scientific journals arrived in Brazil by ship and I was made aware of scientific advances two months after their publication.

When I became a junior investigator at the University, importing reagents and equipments was a very long bureaucratic process and many times enzymes and other reagents had lost their activity when they arrived. Unfortunately, this bureaucracy continues in Brazil.

As in many countries, chiefly in developing countries, the main challenge for doing science is the scarcity of resources for project funding. In addition, since Brazilian governmental agencies are responsible for paying scholarships, it is troublesome to obtain graduate students and postdocs. Thus, to overcome these problems, it takes a lot of patience, a huge amount of time to write proposals, to appeal when the project is denied, and so on.

Fortunately, in my academic career, I did not face any difficulties as a woman. I was lucky to be hired in an open-minded Department, where scientific excellence was and remains the fundamental element for hiring. This Department accepts without any difficulty maternity leaves (I had two sons in my 30s), faculty internships abroad, participation in private consultancies, etc. On the other hand, this is not the case in many Brazilian academic institutions.

My advice is to tenaciously follow your dream. Have a solid theoretical and practical preparation. After finishing your PhD, choose carefully where to do your postdoc: choose a group of excellence, preferably abroad, that works with a research topic that you can develop when you return to your country. Establish collaborations, since Biochemistry is a multidisciplinary science. Publish your data. Try to participate in decision-making committees. Never give up!

Be humble to recognize your flaws. Learn from them. Exercise a careful analysis of the reasons for the failures and seek solutions for them. If the flaws are in your scientific project, discuss with experts. If there are academic difficulties, ask senior and junior faculties for advice.

Gender equality is a very important issue not only in academia. The first point is that women should recognize that this prejudice exists. Therefore, whenever possible, this reality should be disseminated in the available means: media, classrooms, laboratories, etc. In addition, women should be educated to have confidence in their capacity and the right to occupy any position with equality with men. These concepts must be propagated among women graduate students and postdocs in our laboratories. They must also be aware about the need to strive for equality and that professional excellence is an essential requirement to achieve it.

Women scientists should support other women in their careers and promote them by pointing them to fill leadership positions, participate in committees and others. There is a long way to go, but we will get there.

Top image of post: from the lab of Bianca Zingales. Mammalian cell in culture infected with amastigote forms of Trypanosoma cruzi. 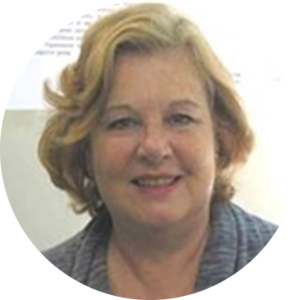