A more mindful approach to science can help scientists to handle negative and positive emotions better.
Christian Frezza
Professor of metabolomics in ageing, CECAD, University of Cologne
Follow
Like Liked by Eunus S. Ali and 3 others
0

The life of a scientist is subject to an emotional roller coaster, from the highs of an accepted paper or grant to the lows of a rejection or a failed experiment. Yet, while we devote years to training and learning the ropes of the profession, we spend very little time learning how to react and cope with these emotions. I find mindfulness, or, using a more general term, meditation, a valuable tool to navigate these struggles and an exercise that can completely rewire our response to professional and interpersonal difficulties.

My first encounter with “mindfulness” happened when I was about 18 years old. I don’t know whether at that age the brain changes. Suddenly, some of the questions that I once deemed irrelevant or just a figment of some philosophers started to resonate with me: Who am I? What does it mean to be alive? What is the self? What is time? Mindfulness* focuses precisely on these questions. By sitting quietly for a few minutes, one can explore the nature of the mind, how one perceives time, the raw sensations of the body, and the incessant flow of thoughts that obfuscate one’s mind. Nothing more than staring at yourself. Who would have thought it would be one of the most challenging exercises?! You may ask now how mindfulness could help a person, and even more so a scientist. Here, I would like to share some approaches and reflections that may support other scientists to steer their emotions.

Liberate yourself from your self. One of the most common exercises in mindfulness, besides looking at sensations and thoughts, is to look at the meditator. When doing so, one quickly finds out that what is called the “self” is much less defined than one might think. The self is an elusive elaboration of the mind, and when one tries to find it, it disappears. Try it! Our Western society is obsessed with our ego; we are facing a pandemic of selfishness and individualism, supported by the reward of fame and the (apparent) immortality it brings**. Yet, the self is difficult to grasp, and we follow its instructions without much consideration. The self is what elaborates emotions, is that inner voice that tells you that you are going to collapse when you give a talk or an interview, is what is telling you that you are not enough and begs you to do more, even against your physical health. In brief, we are enslaved by our selves. The simple realisation that the self is an illusion is incredibly liberating (as much as it can be puzzling for a scientist). You realise that you don’t control your thoughts as much as you’d like to think and that thoughts often come unmanned. You learn that emotions, both positive and negative, are short-lived. They are a random burst (of activity of some neurons, likely). By recognising the transient nature of these thoughts and emotions, i.e. impermanence of things, one learns not to let them become a personification and to let them flow. This exercise allows one to fully appreciate the present and to prepare for its ever-changing nature. For instance, the next time you feel anxious or angry because of negative feedback or a Friday evening email that could disrupt your weekend, try this exercise: focus on those emotions. Scrutinise them. Can you figure out what that anxiety is? Where does anger sit in your body? By doing so, you will create a separation from the emotion. You will fully grasp its transient nature. You will realise that any emotion, as bad as it can be, is short-lived. This exercise, in the long run, should armour you with resilience and make you less reactive.

Savour the present. As a scientist, I have constantly lived thinking about the future, about the next step: you cannot stop because, as people say, you are only as good as your next paper. This attitude erodes the present and projects you into a state of constant anxiety for the future. Mindfulness doesn’t eradicate this attitude but lets you savour the present and better appreciate the unpredictability of life. A critical consequence of fully appreciating the present is that one quickly realises that the achievement of a life’s dream is another big illusion imposed by our society. It is called the illusion of arrival. We all strive for reaching a goal, be it the diploma, the PhD, becoming a PI or a full Professor, or eventually retirement. Yet, one quickly realises that the reward and fulfilment provided by reaching those targets are transient too. One’s life’s dream dissolves as soon as one achieves it. This feeling leaves one drained, hopeless. After dedicating an entire career to becoming a PI, the first day of being a PI is as just another day, nothing special; it is still you, with the same fears and doubts (probably even more). And then the treadmill starts again: now I need tenure. This is what our society has imposed on us – a continued climbing of the illusory ladder of success that makes us strive for an uncertain future, missing the present (which is where we actually live). Being mindful can help to tear this illusion apart and to start living the present for what it is. So, as I discussed in another article (So, do you want to be a PI), try not to live for your next step in your career. Devote 100% of your energy to the things that you are doing now. These are the things that matter the most; the rest will follow. Of course, it doesn’t mean that we shouldn’t plan the future or do our best to achieve our goals, but it puts things into perspective and makes us realise that we have less control over the future than what we like to believe.

Be more compassionate. Thinking about the nature of the mind will quickly make one realise that we are all constantly subject to these thoughts, emotions and uncertainties. As scientists, we are often exposed to harsh criticism that demolishes our confidence. Sometimes, making this type of criticism reflects one’s insecurity and frustration, envy and competition that are transferred onto others. As we saw above, these are nothing but by-products of the self-obsessed society our egos have created. By understanding the transient nature of emotions and the impermanence of things, one should become less reactive and more tolerant, eventually growing compassion for oneself and others. So, any time you interact with others put away your struggles and just listen. Also, try to see colleagues for what they are, with all their nuances, rather than as what you expect them to be. By bringing mindfulness into our lives, we could become more aware of the struggles of our colleagues too and science could become a more inclusive and rewarding endeavour.

Note: Mindfulness is a very complex and articulated discipline that cannot be exhausted in 1000 words. I found Headspace and Waking Up two excellent resources for mindfulness and where I have learned a lot of the concepts describe here.

* Mindfulness is a state of open and non-judgmental attention to the contents of consciousness. Despite the currently held general opinion, mindfulness is not a de-stressing exercise per se. Still, learning to be mindful can bring contentment to one’s life for the simple reason that one takes emotions and thoughts for what they are, temporary sensations. This results in a reduction of stress and self-imposed pressure.

** This obsession with the self makes us feel that we have more control over our life than chance or our environment has. This view is perfectly reflected by the “American dream” narrative, whereby everyone has the full potential of becoming what they always wanted, if they try hard enough. Applied to science, this view of the self led to the development of a sort of neo-liberal science, where scientists are depicted as “heroes”, “winners” – self-made individuals whose brain made them emerge from the masses. This narcissistic view of science is epitomised by the prestigious awards given to individuals, such as the Nobel prize to mention one. 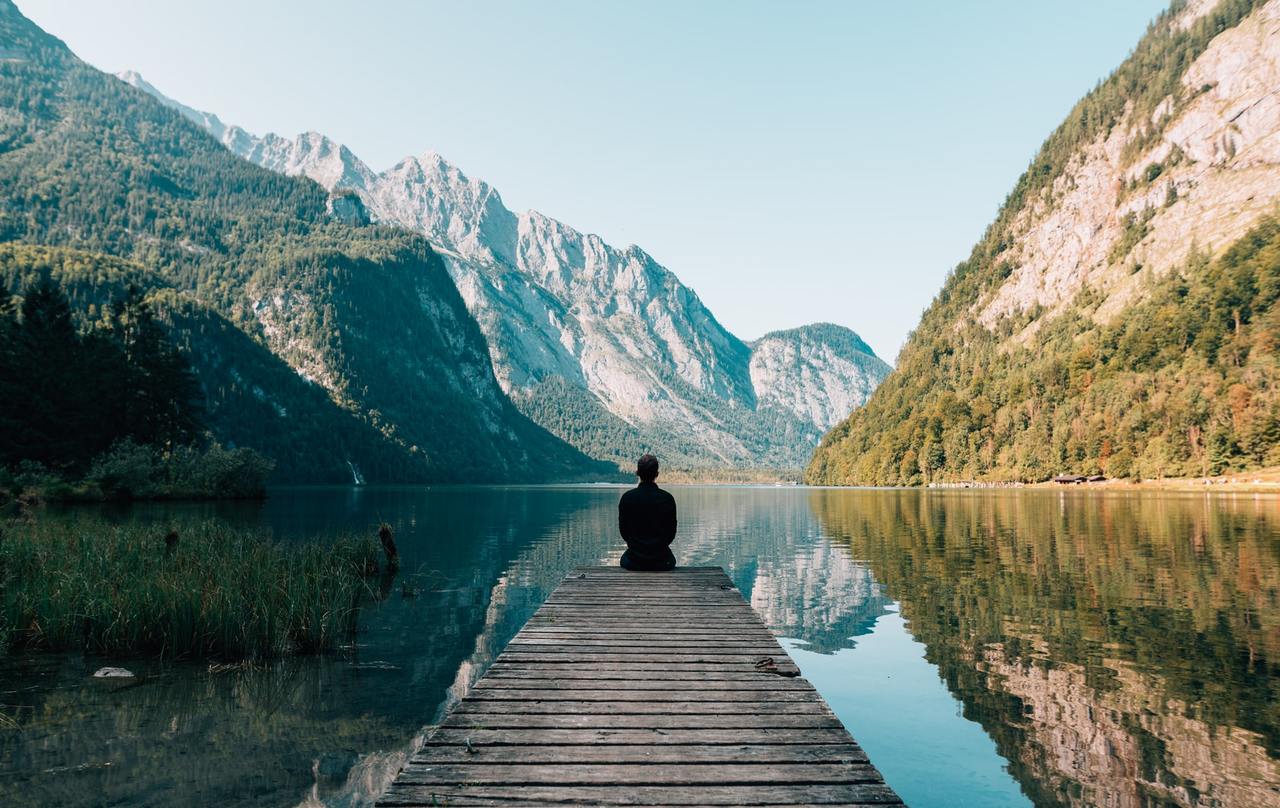 A more mindful approach to science can help scientists to handle negative and positive emotions better.