A recent study in Molecular Oncology sheds light onto immune cell dynamics over the course of lymph node metastasis in patients with breast cancer.
Molecular Oncology
Follow
Like Liked by Xavier Coumoul and 1 other
0

Up to 40% of patients with breast cancer present with metastases in sentinel lymph nodes at diagnosis. Sentinel lymph nodes are the initial sites where breast cancer cells might spread. Axillary lymph nodes are secondary metastasis sites. Lymph nodes are important hubs for immune cell activation (‘priming’), where naïve B and T cells, the primary workhorses of the immune system, recognise and are activated against their specific targets, thereby enabling them to initiate an effective immune response. However, in metastatic lymph nodes immune responses are often skewed towards immune suppression allowing for further tumour progression — a process that immunotherapy treatments seek to reverse.

In a new Research Article in Molecular Oncology, Rye et al. [1] mapped the phenotype, indicative of activation status, and distribution of immune cells in non-metastatic and metastatic sentinel lymph nodes and in metastatic axillary lymph nodes from 52 breast cancer patients. Having a better understanding of immune profiles over the course of early lymph node metastasis could enable the assessment of novel immunotherapy treatments for metastatic breast cancer.

Moreover, a positive correlation was estimated between TIGIT-expressing T cells and increasing tumour burden, implying metastatic cancer cells may directly lead to T cell exhaustion. In addition, the ratio of CD4+ to CD8+ cells in tissue sections stained for tumour and immune cell markers was lower than one in the area of the tissue where the tumour was found and higher than one outside of the tumour area, suggesting skewing towards a CD8+ T cell expansion. What’s more, the presence of T regs was observed in close proximity to CD8+ T cells. 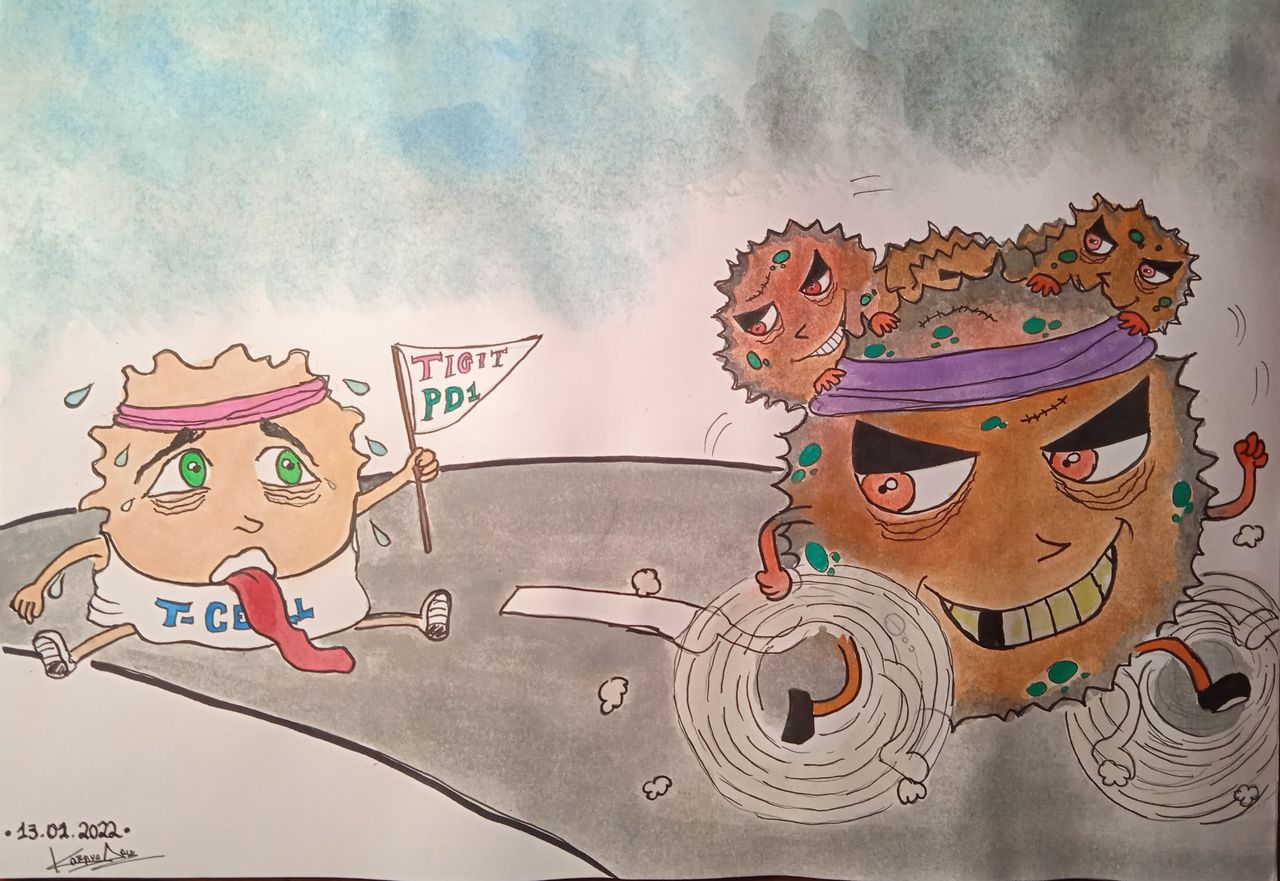 A recent study in Molecular Oncology sheds light onto immune cell dynamics over the course of lymph node metastasis in patients with breast cancer.