Endocrine disrupting compounds and other environmental chemicals have been linked to disease outcomes, possibly via metabolic disruption. Technological developments and an increased awareness of factors such as the state of the target organism are allowing a better understanding of their role.
Robert Barouki and Xavier Coumoul
2 contributors
Like Liked by Xavier Coumoul and 1 other
1

The impact of environmental chemicals on human health has been attracting increasing public attention in the last few years. While in the past, genotoxicity, mutagenicity and cancer have been the major focus of regulators, the identification of endocrine disrupting compounds (EDCs) has paved the way for a more thorough investigation of the effects of pollutants and contaminants(1). Indeed, it was realized that the perturbation of physiological functions and homeostasis could in the long run lead to significant health outcomes. Furthermore, it was found that the developmental, physiological or pathological state of the targeted organism was critical for the toxic effects to be observed(2). In some cases, such effects could appear at relatively low doses of chemicals and may be different from those appearing at higher doses. This has led to a significant change in the paradigms of toxicology, highlighting the state of the target organism, unusual dose-response relationships, long delays between exposure and health effects, and mixture effects. While much of the initial focus was on reproductive outcomes, it now appears that metabolic disruption is of primary importance for EDCs and other chemicals. The consequence is that metabolic biochemistry has taken center stage in understanding environmental effects on human health.

Dysregulated metabolic pathways are associated with a variety of human diseases. These include conditions and diseases such as obesity, diabetes, metabolic syndrome and dyslipidemia(3). However, metabolic disruption is not only critical for these traditional metabolic diseases, but it can also play an important pathogenic role in cancer, neurological, immune and developmental diseases. For example, the identification of “oncometabolites” highlights the critical role that certain metabolites can play not only as biomarkers of oncogenesis but also as an active player in the oncogenic process(4). The mechanisms linking metabolism and diseases are diverse and are related to the role of certain metabolites as cellular energy fuels (e.g., regulation of the mitochondrial respiratory chain), in cellular signaling (e.g., branched chain amino acids or glutamate signaling) and in epigenetic regulation (e.g., regulation of epigenetic enzymes by Krebs cycle intermediates). Since exposure to environmental chemicals, in particular EDCs, has been associated with several of these diseases, the hypothesis that metabolic disruption may be a critical step linking exposure to these chemicals and disease outcomes has arisen.

Technological developments have been instrumental in linking metabolic pathways to exposure to environmental chemicals. Indeed, high resolution mass spectrometry linked to bioinformatics and statistical analysis is now the optimal method to explore the chemical exposome (hundreds and thousands of chemicals explored). The same methods are involved in metabolomics studies and their analysis allowing the characterization of metabolomic pathways. A single technological approach based on coupling gas chromatography (GC) and/or (LC) to high-resolution mass spectrometry (HRMS) allows simultaneous measurement of xenobiotic toxicants, representing exposure, and endogenous metabolites that may represent the response of the organism to such exposure(5). More generally, the large use of metabolomics in epidemiological and toxicological studies has paved the way for systematic linkages between exposures to single chemicals or chemical mixtures and metabolic pathways. This could be further characterized using fluxomics. In addition, the development of metagenomics and the extensive characterization of the microbiomes and their metabolites has considerably improved our understanding of the interactions between environmental chemicals, microbiomes metabolites and endogenous metabolism. All these data will feed into the development of Adverse Outcome Pathways (AOPs) which are frameworks linking different events and leading to adverse outcomes(6). Metabolic disruption events are likely to be critical in many AOPs leading either to metabolic diseases or other diseases.

The identification of obesogens has been one of the most striking developments in the field of metabolic impacts of EDCs and other chemicals. Obesogens are environmental chemicals that induce increased white adipose mass(7). They usually act during developmental stages and there is usually a delay between exposure and increased risk of obesity. Some of the best studied obesogens are maternal smoking, air pollution, Bisphenol A and some of its substituents, phtalates, DDT, PFAS, TriButyl Tin, etc.(7). Chemicals can also influence obesity through other mechanisms, for example by increasing the inflammation of the adipose tissue which is known to lead to insulin resistance and metabolic impacts.  This is the case of dioxins and PCBs(8).

An important feature of obesogens is that they can target several organs ultimately leading to obesity and metabolic diseases. They may have direct actions on liver and muscle metabolism, and on adipose tissue mass. They can also act on the pancreas, disrupting glucose sensing and insulin secretion. There is also strong evidence that some obesogens act at the central nervous system level, increasing appetite and decreasing the sense of satiety(9). At this stage, it is not clear whether all these impacts on different tissues are required to lead to an obesogenic effect or whether one or two targeted tissues are sufficient. Addressing this issue in human is not straightforward, as exposure is usually not limited to a single chemical but rather to mixtures of chemicals, each one possibly having multiple organ targets. Coupling with toxicological and computational approaches can help delineate these mechanisms. Concerning molecular mechanisms, there is evidence for some chemicals that epigenetic regulation could be the initial events that may account for the developmental vulnerability and for the long-term effects. Epigenetic mechanisms are likely for some compounds like TriButyl Tin and Bisphenol A, but have not been clearly established for other obesogens(7). In addition to obesity, exposure to some chemicals is also associated with metabolic diseases such as diabetes or, as mentioned earlier, to metabolic perturbations associated with other diseases such as cancer, neurological or immune diseases.

The interest in metabolic disruption by environmental chemicals has been fueled by the obesity and metabolic disease epidemics that we have been experiencing world-wide during the last decades. This is the case for obesity since in several countries obese and overweight individuals constitute the majority of the population(3). This is also the case for Metabolism-Associated Fatty Liver Disease, which has increased considerably, affecting now a quarter of the population and the majority of those suffering from adult-onset diabetes(10). Clearly the increases in all these metabolic diseases are linked to a variety of factors such as changes in diet, lack of exercise, sedentary lifestyle, stress, etc. but there is also a contribution from chemicals. This is a typical case of an exposome-linked pathogenesis, where several environmental factors contribute all along the lifetime. Somewhere along the pathway between the exposome studies and human pathology, lies metabolic biochemistry!

Photo by Chris LeBoutillier on Unsplash 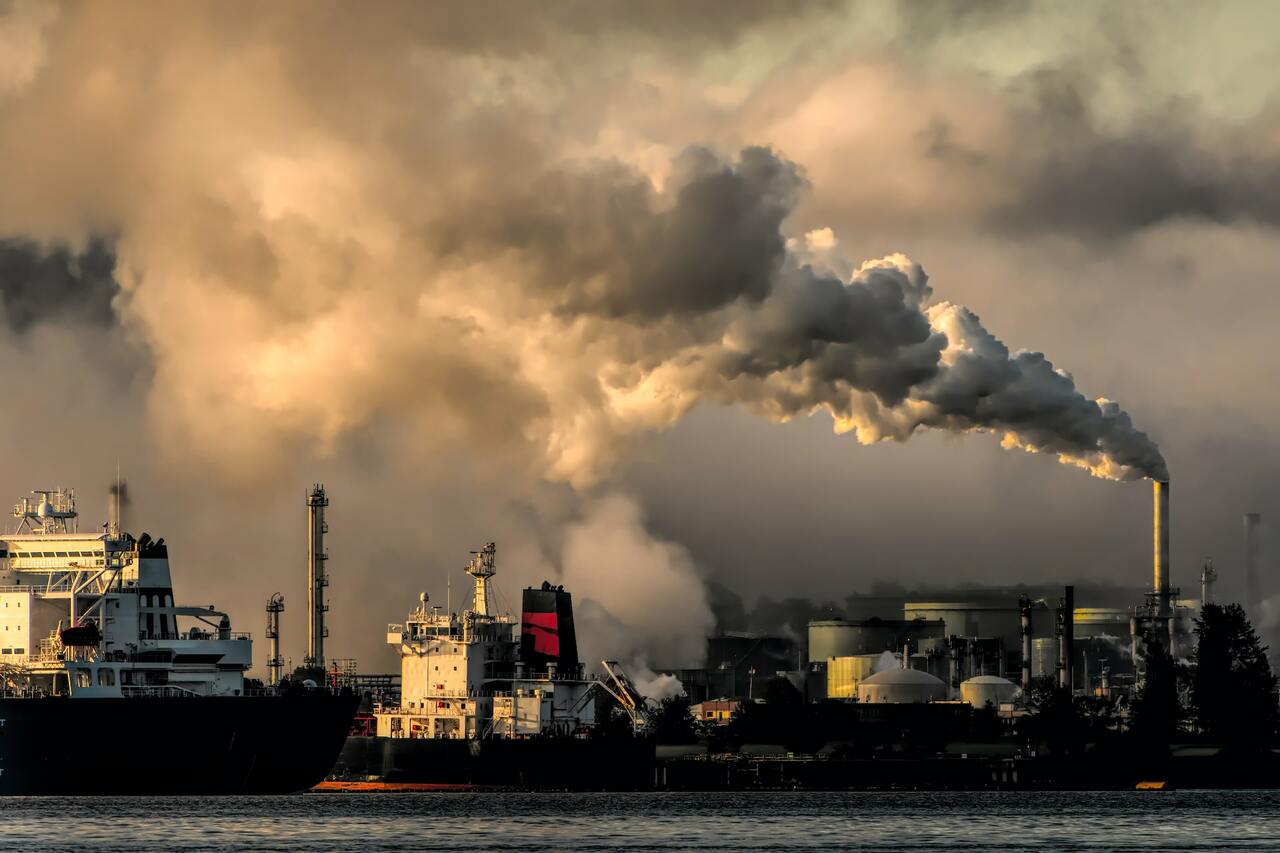 Endocrine disrupting compounds and other environmental chemicals have been linked to disease outcomes, possibly via metabolic disruption. Technological developments and an increased awareness of factors such as the state of the target organism are allowing a better understanding of their role.