Knowledge of the origin of life and its different evolutionary phases is essential to form a more critical and scientifically rigorous society. Some beliefs seem to influence the degree of acceptance of evolution, but knowledge of it is widespread, as shown by a pioneering study.
Inmaculada Yruela
Research scientist, CSIC
Follow
Like Liked by Aura Navarro Quezada
0

The recent Nobel Prize in Physiology or Medicine 2022 to Svante Pääbo recognizes the importance of evolution. In particular, his discoveries concerning the genomes of extinct hominins and human evolution have generated new understanding of our evolutionary history. He established an entirely new scientific discipline, paleogenomics. Svante Pääbo and his co-workers have investigated the relationship between Neanderthals and modern-day humans from different parts of the world. Thanks to that we now understand that archaic gene sequences from our extinct relatives influence the physiology of present-day human.

Evolution and its significance in the development of organisms, including human beings, is a subject that has been widely discussed in the scientific literature and textbooks, as well as in non-scientific communication and in numerous dissemination activities in different formats in museums, cultural centres, theatres, etc. Ever since Charles Darwin, in the 19th century, came up with a crucial idea for understanding how species originate – natural selection – there has been a succession of studies, debates and publications on this subject. His book On the Origin of Species by Means of Natural Selection, published in 1859, opened the door to learning and understanding the evolution of biological processes.

Evolution is a fundamental field of modern biology that has great societal relevance today as Nobel Prize Award to Svante Pääbo recognizes. Evolution discoveries help us understand and respond to climate change, drug resistance, food security issues, the emergence of epidemics and pandemics (e.g., COVID-19), and controversies in modern medicine. This makes knowledge of evolution an ideal model for investigating approaches to improve the state of scientific literacy in general.

Our knowledge of other people's knowledge

But is there any reliable information available on the level of knowledge and acceptance of evolution in different educational settings, as well as on the factors that influence its acceptance or rejection? Is this knowledge homogeneous across countries? Are evolution and natural selection widely accepted? The results published on this topic in recent years are ambiguous and show that there is a wide variety of measurement problems, partly due to the lack of standardized methods, especially for cross-country comparisons. The situation in Europe is very diverse due to cultural differences, education systems and fragmented research communities. Studies with significant results are scarce and lack standardization.

To remedy these deficits, the COST European Action project "EuroScitizen: building on scientific literacy in Evolution" has set among its objectives a standardized, validated and comprehensive study on these issues through an "Evolution Education Questionnaire". Three variables were analyzed in the study:

The survey involved 9,200 first-year university students (whether or no they had studied biology at secondary school level) from 26 European countries.

In the study we found that, despite the different cultural contexts and educational systems in European countries, first-year university students, in general, tend to accept evolution, although their knowledge varies significantly. We found that students generally lack substantial knowledge on this topic, even if they are enrolled in a biology-related curriculum. It is relevant, though obvious, that students studying biology are more knowledgeable about evolution than non-biology students, and they accept it; however, it is less obvious that non-biology students generally accept it too. The study also points to the influence of different religious beliefs on both acceptance and knowledge of evolution. Indeed, highly religious students are significantly less accepting of evolution than non-religious students, and highly religious countries correlate negatively with knowledge of evolution.

It is significant that Spain, which has an average level of religious beliefs, occupies third place at European level, significantly above the average, both in terms of acceptance and knowledge of evolution. This is a good indicator of the level of our education system, which includes the subjects of biology, philosophy and scientific culture in secondary education.

Keep talking about it

The study recommends that, in addition to increasing knowledge about evolution in different types of education, the relationship between evolution and religion should be emphasized when promoting its acceptance, e.g., through reasoning and argumentation. This is a sensitive topic to discuss with students, and teaching at this level is a challenge, partly cultural. According to our model, an increase in knowledge about evolution and interest in biological topics increases the acceptance of evolution. The effects of age and gender, and whether one is enrolled in a biology-related university programme, are relatively non-significant.

The results of this extensive study indicate that, for all their differences, most European education systems for secondary and higher education are conducive to the acceptance of evolution, at least among university students. In the sample analyzed, differences in knowledge between countries do not reflect either the extent to which school curricula cover evolutionary biology or the percentage of students taking biology. To clarify the influence of these factors, future studies should investigate the role of different European curricula, identify evolutionary concepts that are particularly problematic or underrepresented in teaching, and analyze in more detail the role of religious beliefs in the teaching of evolution.

Evolution is the backbone of modern biological studies. It provides a unifying framework within which scientists from different branches and sub-disciplines ask questions about the living world. A basic understanding of the central evolutionary concepts is essential for biological education and scientific literacy, as the Council of Europe has emphasized. In this sense, various European scientific organizations promote and work on the teaching of evolution as a fundamental scientific theory. The project "EuroScitizen: building on scientific literacy in Evolution" also works on the analysis of curricula, textbooks, messages in science exhibitions and the media, to improve the contribution of formal and informal education to the understanding of evolution and the scientific literacy of the European public on this topic. Only in the light of evolutionary knowledge we can truly understand the advances in biological and medical research, and the risks associated with biodiversity decline and climate change.

The help support these educational efforts, the EuroScitizen project also offers eleven short self-training videos to help researchers become familiar with the most important concepts in science communication. They are available free of charge on http://scicomm4all.org. They will give researchers ideas and cues to improve their communication skills and be more comfortable and persuasive when discussing their research.

We hope that our project will bring science and society closer together!

This is a translation of an article I wrote in Spanish, published in The Conversation-E on April 3, 2022.

Photo by Simon Infanger on Unsplash 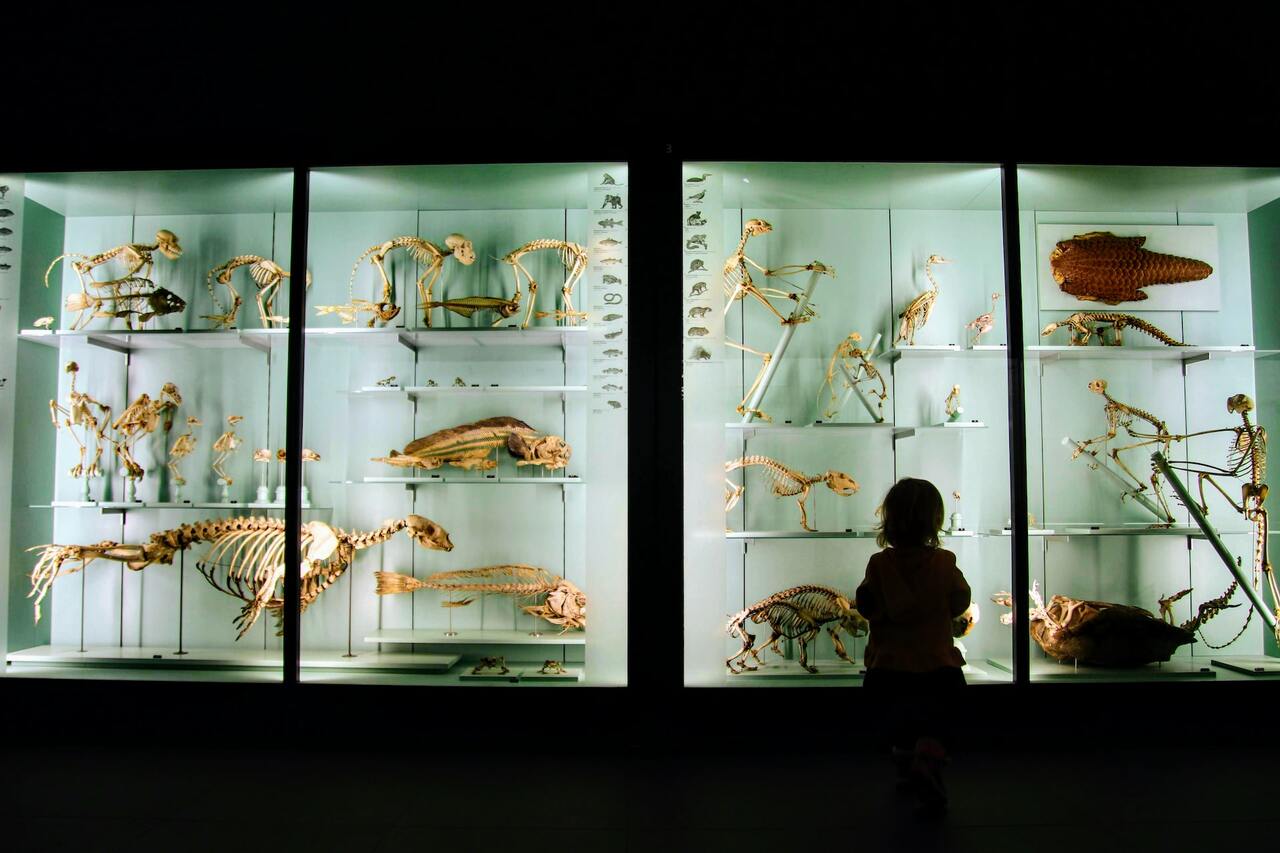 Knowledge of the origin of life and its different evolutionary phases is essential to form a more critical and scientifically rigorous society. Some beliefs seem to influence the degree of acceptance of evolution, but knowledge of it is widespread, as shown by a pioneering study.