A quick Q&A with an early-career group leader, including career insights and tips.
Yann Fichou
Principal investigator, CNRS/Univ. Bordeaux
Follow
Like Be the first to like this
0

Yann Fichou is a principal investigator at the University of Bordeaux, CNRS, IECB/CBMN, Pessac, France. Coming from a physics background, Yann received his PhD in biophysics from the Université Grenoble Alpes (France) in 2015, under the supervision of Martin Weik. He carried out a first postdoc in the lab of Martina Havenith at Ruhr-Universität Bochum (Germany) and a second postdoc until 2020 at the University of California Santa Barbara (USA) in the group of Songi Han. Yann was selected for a FEBS Excellence Award (funds for equipment/consumables for early-career group leaders) in 2021.

What is your current research focus?

My research is centered on the molecular basis of neurodegenerative diseases. More specifically, I focus on the protein Tau, which is involved in several disorders, known as tauopathies, including Alzheimer’s disease. Tau is normally present in neurons, where it plays a structural role by stabilizing microtubules. In pathological conditions, tau forms so-called amyloid aggregates that are deleterious for the neurons. My research focuses on understanding the regulators of this amyloid aggregation – what are the driving forces of aggregation and what factors influence the pathogenicity of tau amyloid aggregates. We mostly work at a molecular level where we characterize the states (structure, dynamics, thermodynamics) of the tau protein with the goal of linking them to a disease-specific activity. We address these questions by using a multi-technique approach, including biochemical assays, cellular assays and structural methods such as EPR, NMR and cryoEM.

What’s exciting in this field at the moment?

We have learnt recently that tau amyloid aggregates behave like prions, due to two key properties. First, the structure of the tau aggregates dictates its pathological activity; second, once the aggregate is formed, it spreads through the brain by recruiting healthy protein. In other words, tau aggregates play the role of pathogens and there is therefore a direct connection between the molecular science (protein structural and chemical properties) and the diseases. This is quite rare and very exciting for me as a biophysicist.

What drew you to work in this area?

I have a background in physics. For physicists, most objects involving biology are so-called complex systems in which the laws of physics have been finely tuned by evolution. This extremely subtle equilibrium between different phenomena has always been fascinating to me and quickly drove me to study biological questions.

A PhD is an amazingly rich and diverse experience, but it still gives you a view of research focused on your own lab and supervisor. During my PhD (in France), I spent six months in a US lab, and this is when I realized how different research could be. I wanted to explore more.  I went for a postdoc in another European country (Germany) and then in California (USA). Clearly, there are different ways to manage research and seeing all these labs helped me to shape the idea I have of an ideal group. It gives me now an objective to aim for as my group grows.  In addition, research is intrinsically international; it is thus essential to understand how researchers work in other countries, as they will become your peers, colleagues and potentially competitors.

What would be your advice to PhD students and postdocs who would like to eventually start their own lab?

Enjoying research is obviously a prerequisite to start your own group, but it is not the only one.  Having good people skills in order to efficiently manage a group and enjoying training/teaching people are actually crucial.  In particular, it is important to realise that supervising a PhD student is different from managing a research project. I would rather describe it as guiding someone into an unknown and demanding experience during which the student’s best interest might be different from yours. And yet, you both have to thrive from this experience.

What are the biggest challenges in your role currently?

There is a fragile balance between personal happiness, group members’ ambitions and research output/impact. Finding and keeping this balance, especially in a competitive field such as Alzheimer’s disease, is particularly challenging.

Top image of post: by Milad Fakurian on Unsplash 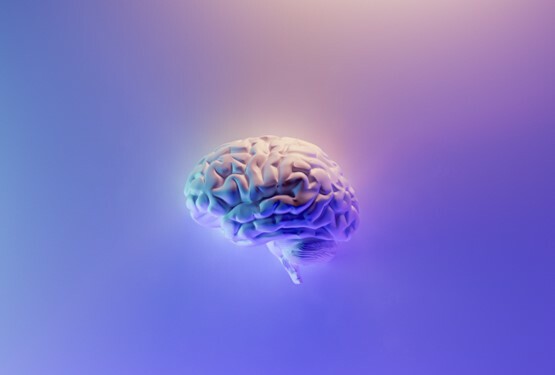 A quick Q&A with an early-career group leader, including career insights and tips.