Debunking COVID-19 myths: a new review in The FEBS Journal

The first half of 2020 has been plagued by the COVID-19 pandemic, caused by the newly identified coronavirus SARS-CoV-2. The outbreak has had an enormous effect on life as we know it, with more than 7 million cases confirmed and 4 million lives taken globally to date. In an effort to combat the disease, researchers across the world have been working at breakneck speed to gain a deeper understanding of SARS-CoV-2 and its effect in humans. While the superhuman efforts of scientists combined with the now-extraordinary speed and ease of publishing have led to many important insights within a short space of time, a negative side-effect is the accompanying speculations, rumours and fake news items, which have also grown exponentially. It is becoming increasingly difficult for the public and scientists alike to wade through the ever-growing literature - in the form of peer-reviewed articles, preprints, blogs and news stories – to filter out new information that is grounded on science and can thus answer pertinent questions on SARS-CoV-2. Was the virus engineered in a lab? Can smoking protect against severe disease? How long does the virus stay active on surfaces? Is the virus mutating to become more aggressive?

In a new article ‘COVID 19 breakthroughs: separating fact from fiction’ (available to read here: https://febs.onlinelibrary.wiley.com/doi/10.1111/febs.15442), Paraminder Dhillon and colleagues on The FEBS Journal editorial team aim to clarify the current scientific view behind several COVID-19-related claims or controversies that have been widely discussed in the media. The review begins by exploring the origin of the virus, which has been discussed prominently in the media and has been the focus of conspiracy theorists, fuelled by the backing of public figures in power. The authors then delve into the available literature to evaluate the effects of ibuprofen and nicotine on the severity of the disease, before further highlighting the current knowledge on fomites and SARS-CoV-2.  They touch on the provocative observation that SARS-CoV-2 strongly affects ethnic minorities and discuss the evidence for a potentially protective role for vitamin D. Furthermore, the review explores the impact of COVID-19 on children, including their role in transmission of the disease, a topical subject given the current debate on whether schools should be reopened by countries that are coming out of lockdown. The article is rounded up with a summary of the current science scrutinizing the different mortality rates among different countries and the putative existence of more pathogenic cohorts of SARS-CoV-2.

Overall, this review aims to separate the science from the rumours and provide a one-stop resource on current COVID-19 articles focused on key aspects of disease epidemiology and virus and host biology. The authors highlight current gaps in knowledge that are a priority for researchers in the coming weeks and end by urging readers to access the original research articles instead of taking headlines at face value.

The Minireview can now be read in full in The FEBS Journal:
https://febs.onlinelibrary.wiley.com/doi/10.1111/febs.15442 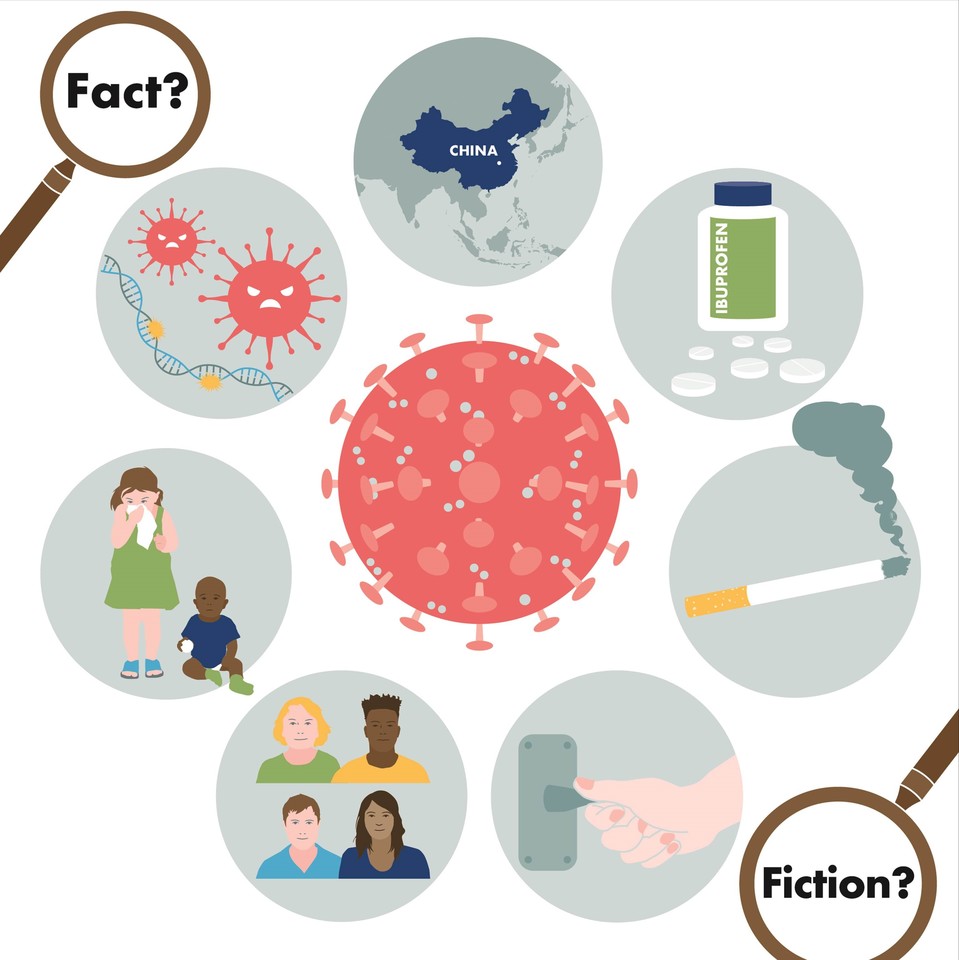 Debunking COVID-19 myths: a new review in The FEBS Journal