Randy Schekman bit the hand that fed him. He should be applauded.

With the open-access journal eLife entering the latest stage of its evolution, it's worth looking back to 2019 when Randy Schekman stepped down as founding editor. Journal editors coming to the end of their term is nothing unusual, but this was more significant that that. In fact, even now it’s hard to think of any other recent Nobelist who put the impetus of a Nobel prize win to better use, or who has had a more seismic impact on the grossly unfair system by which science currently determines merit.

For an activity that prides itself on being meritocratic, science has a shockingly arbitrary way of treating its younger members. Inculcated with a Darwinian notion of success and encouraged to believe that the best will inevitably rise to the top, most blithely overlook the lack of determinism in Darwin’s model. In science, just as in nature, the environmental changes that determine fitness are not predictable. Thus, fitness goes from being a question of merit, to a lottery. In science, it is not enough to simply be good – you have to be lucky too.

And arguably, the current crop of young scientists have to be even luckier than their predecessors. Long-term prospects in academia remain bleak, with growing numbers of young scientists being trained, but too little attention being given to encouraging exploration of alternative careers, and too few faculty positions open to receive the swell. The cumulative effect of these trends has gradually created a pressure-cooker environment in which research success is more than a professional measure of competence and esteem – it’s the lifeline by which a career itself is prolonged.

To younger members of the profession, what results all too often feels like Death Row. An all-encompassing and pervasive paranoia about career extinction, with stays of execution being granted via publications and awards of third-party funding. It’s frequently miserable, and invariably arduous. Only recently has there been a slowly dawning recognition that the mental health problems within the present community, and especially amongst its youngest members, are severe.

What’s worse is that the problem is neither secret, nor unacknowledged. But the apparent will to do anything about it is lacking. There remains a great deal of complacency from too many senior figures of the profession, convinced that their own success was preordained and that the criteria used to measure success in former times are as applicable now as they were then. They’re blind.

In former times, any scientist within a particular discipline was capable of assessing the merit of other members, but the explosion of scientific knowledge produced over the course of the 20th century has led to a fragmentation and speciation of scientific communities alongside a groundswell in each area’s theoretical and technical foundations.

This increasing technical specialisation and conceptual insularity of fields makes it harder for those outside a small circle of specialists to judge quality and likely value. Regrettably, the solution to this complexity has often been to fall back to lazy assessments – at worst, by simply looking to see whether a person has published in Nature, Science, or Cell. Almost as bad is looking at the impact factors of the journals in which that person has published.

Many words have already been written on precisely why such a lazy approach to assessment is flawed, biased, unfair, and not automatically selective of good science. The San Francisco Declaration on Research Assessment (DORA) was launched in 2013 precisely to address this gross abuse of science’s younger members. Many fine words have been said, but change has been slow to come. Nature, Science, and Cell still retain a hegemony over the publishing landscape, even though a paper published in Nature or Science these days is almost impossible to follow due to the intransigent formatting restrictions placed on authors.

The situation aptly illustrates the problem of challenging the status quo in an entrenched system with an unbalanced distribution of power. If you’re a young scientist, you’re easy to ignore, and if you have complaints it’s easy to dismiss them as sour grapes.

We can’t expect people who’ve profited from the current system to criticise it. Why should they? They’re encouraged to believe that they were better than their peers, when the reality is that many of their contemporaries were equally deserving of recognition, but were simply unlucky. To criticise a system that has resulted in their promotion is to be ungrateful, and there isn’t a soul out there who doesn’t feel grateful for getting tenure.

Randy Schekman belongs to that gilded circle of success, but almost uniquely for his generation, he did the brave thing. Soon to be minted as a Nobel laureate, he took the position of editor at eLife, a new open access journal launched with support from on high via the Max Planck Society, Howard Hughes Medical Institute, and the Wellcome Trust. Under his stewardship, eLife provided a riposte to those who said that top class science can only be found in the pages of Nature, Science, and Cell. It challenged (and continues to challenge) paradigms in peer review and publishing, is changing perceptions of credit and impact, and most importantly, has placed itself at the service of science’s younger members. It is more than just a journal – it is now the flagship of the whole progressive movement.

For this, Randy has been pilloried in conservative circles. In decrying the outsized influence of Nature, Science, and Cell, and the unfairness they represent, he has rightly left himself open to charges of utter hypocrisy, given that he – like many of his current critics – published in those same journals in the past. He has been lambasted, again rightly, as an ingrate who has criticised the same system that brought him success. But in doing so, he has done more to help young scientists than almost any of his contemporaries, because he has drawn attention to the fact that the old measures of merit are simply not informative in the present age.

He is an ingrate and a hypocrite. He has bitten the hand that fed. And we wish there were more like him.

He gave an interesting webinar to the IUBMB Trainee Initiative a while back:
https://www.youtube.com/watch?v=AMu1anlZyHQ

Aha, super! Thanks for the link. 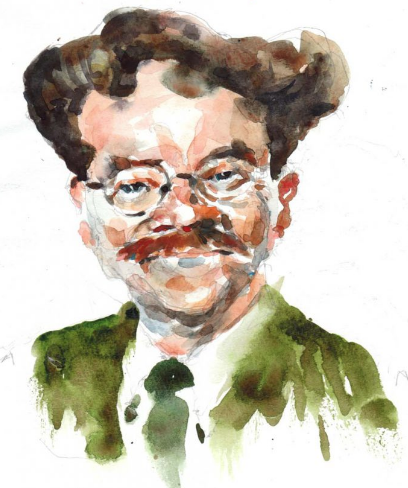