What attracted you to Molecular Oncology?

I had been working for a number of years as the Reviews Commissioning Editor for The FEBS Journal. I was therefore familiar with the ethos of FEBS Press, for publishing high quality science that is subject to a rigorous but also rapid and fair peer review. This, combined with the fact that all the profits from FEBS Press journals go back into science, makes it a pleasure to work for FEBS Press. When the position of Co-Editor-in-Chief became available at Molecular Oncology, I felt this was a great opportunity to increase my involvement and impact within FEBS Press.

What plans do you have for the journal?

Primarily, I would like to increase the awareness of the journal. There are currently many journals in the field of oncology and I would like to make as many people as possible aware of the benefits of publishing in Molecular Oncology as part of FEBS Press and, by association, with what FEBS also offers to the wider scientific community. I hope that increased awareness will lead to an increased number submissions and, as a result, an increased number of published papers, while at the same time maintaining a focus on scientific quality for which Molecular Oncology is known.

Having only been in the post for a little over one month, it is not that easy to give a full answer! But so far, I would have to say that the support of the editorial office and of FEBS Press in general has been exemplary in settling into the new post. There is definitely a feeling of joining and being part of a big family!

Like many, when I started a career in cancer research, I wanted to work on something that might be of benefit to patients. During my PhD, I became interested in how cells live and die. When I became aware that nearly all cancer therapies work by killing tumour cells, that was it, I was hooked. I also realised that many therapies fail when they don’t cause tumour cells to die, and so it has been our quest to understand the processes that regulate cell viability as tumours develop and respond to therapy.

We have a number of papers in the lab that I would consider favourites, but if I were to choose two, then I would go firstly with our discovery of the human DRAM protein (Cell 2006), which was the first target gene of the p53 tumour suppressor that modulates autophagy. I am also very proud and excited about our recent discovery than mannose can interfere with glucose metabolism (Nature 2018). We found this slowed the growth of certain experimental tumours and we are striving to test these findings in a clinical trial.

Our research is focused on understanding the factors regulating cell death and cell survival in cancer. Since it is known that inhibition of cell death mechanisms is a common event in tumour development, this poses problems for many forms of chemotherapy that utilise cell death pathways, leading to drug resistance. We are investigating both known cell death regulators as well as searching for novel proteins and pathways that control cell viability, tumour growth and chemosensitivity. In recent years we have been particularly interested in how tumour metabolism and autophagy regulate cell viability. We envisage that the knowledge gained from our studies will be translated and lead to the improvement of existing clinical regimens or new targets for therapeutic intervention. 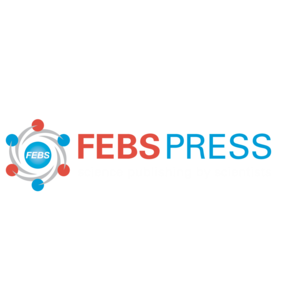 Molecular Oncology
The future in an RNA molecule: from mRNA vaccines to therapeutics – An interview with Drew Weissman
RESEARCH, Coronavirus insights