Previously, USGEB/LS2 was structured very much like FEBS – essentially a ‘society of societies’. As a consequence, decisions had to be made via a series of interactions within and between the different societies, a process which was slow and not easily managed. Now, LS2 is a democratic grassroots organization with individual affiliation and direct participation of its members, sections representing different disciplines, a central office and a scientific officer. It is not-for-profit, has no political agenda, and can independently advise politics and the public. It provides a forum for education and communication of science between its members and also for the public.

A key activity of LS2 is a self-organized two-day annual conference at an academic institution in Switzerland. Satellite meetings and special sessions at the event offer additional opportunities; for example, in the dedicated session ‘PIs of Tomorrow: The Future of Swiss Research’ scientific feedback as well as career advice is offered by established scientists in both academic and non-academic institutions. The LS2 structure is open and flexible, and can easily accept new sections, or loosely connect to organizations in- and outside of the life sciences but without formal ties to LS2 to allow them to present their science at the LS2 annual meeting. Different sections of LS2 now compete for slots at the annual meeting. In return, the sections can organize their own independent meetings with the help of the LS2 managing office. This model promotes diversity, interdisciplinary education and safe resources, generates visibility for the sections, and gives the members the benefit of a comprehensive and vibrant annual meeting.

This versatile structure of LS2 is also now allowing for the first time in the 50 years of LS2/USGEB history an expansion of its annual meeting through involvement of scientific organizations from outside Switzerland. The LS2 Annual Meeting 2020 engages in a FEBS3+ Meeting with two FEBS Constituent Societies: the German Society for Biochemistry and Molecular Biology (GBM) and the Austrian Association of Molecular Life Sciences and Biotechnology (ÖGMBT). The meeting will be preceded by two satellite meetings. The first satellite meeting is organized by young scientists with a keynote lecture from an established researcher, and selected flash talks by postdocs and doctoral students. The second satellite is a panel discussion in the evening. It will be open to the general public and feature international scientists who emphasize the value of vaccination at large.

LS2 is further promoting discussions of the benefit of animal research to humankind, and engages its members and the scientific community to discuss genetic engineering, the value and risks of big data aggregation and mining, or the benefits of personalized medicine for society and the individual. With these activities, LS2 is taking specific actions to communicate that science exists not just for scientists but also for the public. 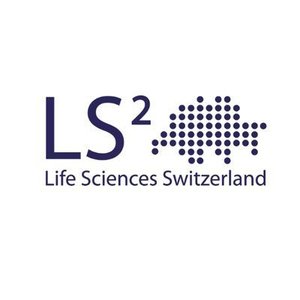 LS2 (Life Sciences Switzerland), formerly USGEB, is a non-profit organization dedicated to advancing biological sciences within Swiss Academic Community, and to addressing the social and ethical issues raised by the rapid progress of life sciences.
Follow

GBM – The German Society for Biochemistry and Molecular Biology
SARS-CoV-2: its infectivity and ductility are an open door to new treatments*
FEBS SOCIETIES, Coronavirus insights

Consuelo Guerri has been selected for the IUBMB Life editorial committee

SEBBM – The Spanish Society for Biochemistry and Molecular Biology
FEBS Network
We use cookies to help improve your experience. By continuing to browse our website you are consenting to our use of cookies.
Learn more