Why and how an agreement for transparency in animal research was launched and successfully implemented in Spain, following a similar initiative previously deployed in the UK.

Transparency and openness are positive values that are sought and requested everywhere nowadays in our society. Citizens want to know, want to be adequately informed and want to receive understandable explanations about everything that might affect them, directly or indirectly, about all that is going on today in our world.

Animal experimentation has been traditionally a controversial issue. Different groups in society, notably the so-called anti-vivisectionists or animalists, have argued that animals should not be used at all in experimentation. They fundamentally oppose all kinds of animal experimentation and claim that all animal experiments can be replaced by studies on cells in culture or in silico. Unfortunately, this is not true. However, in the absence of an organized and coordinated answer from researchers, the message given to society has been usually unidirectional, mostly coming from the groups aiming to ban animal experimentation. The situation has changed in Europe since 2014, when the first initiative for Transparency in Animal Research was presented in the UK – and, subsequently, a similar Spanish initiative launched in 2016. In this article, I will explain why and how we, in Spain, decided to engage in an agreement for Transparency in Animal Research.

Animal experimentation has been, is and will continue being essential in biomedical studies. Animal models are needed to understand how complex biological systems work and, subsequently, to learn how we operate as human beings, as mammals, as vertebrates. Animals have long been used in biology and biomedicine to facilitate our understanding of normal life and disease and, in particular, to help us develop new therapies for treating or alleviating pathologies that affect us, humans. Obviously, it would be ethically unacceptable to conduct experiments on innovative therapies or new surgical procedures directly on human beings. This is one of the main reasons for using animal models instead. However, having said that, it does not imply that we do not owe respect and care to the animals that are used in experiments. This is why we, as a society, have issued laws and regulations aiming to protect those animals used in scientific experiments and for educational purposes. These legislations are severe and strict, according to the will expressed by society through their representatives at Parliaments. In the European Union, the current Directive on the protection of animals used for scientific purposes is 2010/63/EU. This Directive was approved by the EU Parliament and EU Council in September 2010, thereby replacing the previous 1986 Directive 86/609/EEC, and eventually came into force in January 2013, upon being transposed to all member states.

It is a privilege to use animals in research. According to the 2010/63/EU Directive, animal experimentation in EU member states can only be approved in certain cases, after several rounds of evaluation by independent committees. Animal experimentation can only be approved when there is an adequate and reasoned justification of the need to use animals, and only when no other alternative methods could be applied. Animal experimentation can only be carried out by specific professionals with adequate competence, and only when this research is performed in registered facilities, which are regularly inspected and monitored for their maintenance of the required animal welfare standards. Finally, all animal experimentation must be conducted according to the 3-Rs principle, which refers to the three main parameters to be taken into consideration when envisaging any experiments with animals. These are: Replacement, Reduction and Refinement. Replacement refers to the obligation to avoid using animals if the objectives of the planned experiments can be also achieved through alternative means, without using animals. Replacement also refers to the obligation to use the less complex animal to achieve the expected objectives: if the experiments can be undertaken in worms or flies, instead of rodents, the former should be used. Reduction refers to the need to use the minimum number of individuals compatible with achieving statistically significant results in the planned experiments. This parameter is often simplified to a strict reduction in the number of animals being used, which is not correct, this being only a part of the proper definition. Finally, all procedures applied to animals must be refined, improved and optimized from the point of view of animal welfare. Surgical interventions that are less invasive, less aggressive, trigger less pain and allow for a more rapid recovering are to be promoted and implemented.

The strict requirements and conditions that must be fulfilled before beginning any experiments involving animals are not necessarily known by wider society. Actually, the opposite is true. Society at large assumes that we, researchers, can envisage any experiment on animals and can begin it immediately thereafter, without notifying or telling anyone else. This is simply not true. This is not happening. As I explained in the paragraph above, the assessment of studies that include animal experiments is very detailed and complex and usually it takes several months and several committees before the researcher receives the green light to begin the planned experiments.

Combining the real complexities of running experiments with animals with the lack of knowledge on these issues that is observed in our societies triggered some coordinated responses in the UK and Spain, in 2014 and 2016, respectively. In the UK, the organization UAR (Understanding Animal Research) launched the so-called “Concordate on Openness on Animal Research” in 2014 with four simple but most relevant principles. In brief the four principles are: (1) to be clear about when, how and why we, researchers, use animals in research; (2) to enhance our communications with the media and the public about our research using animals; (3) to be proactive in providing opportunities for the public to find out about research using animals; and (4) to report on progress annually and share our experiences on this Concordate. In less than two years they reached more than 100 institutions adhering to this Concordate, including research centres, universities, hospitals, companies, scientific societies, charities, patient groups and many others. Currently (April 2018) the number of UK institutions that have signed this Concordate is 119.

The benefits of such an openness proposal in the UK were assessed two years later. The general perception of society toward animal research had changed dramatically. Society was now much more in favour of animal experiments because it understood their need and the potential benefits for human health and knowledge that were associated with those experiments. Indeed, it was very rewarding to see how all participating institutions began including institutional declarations in their webpages about the animal research that was conducted in their centres, about how they strictly complied with current legislation and about how they cared about animal welfare in all circumstances. In parallel, other initiatives were presented in other countries. Germany launched in September 2016 an informative webpage, supported and funded by the Federal Government, with information on animal research, provided directly by key researchers directly involved in animal experimentation.

In Spain, inspired by our British colleagues, we decided to implement a similar proposal. This was not an easy challenge and took us a couple of years to succeed. At first, thanks to the direct involvement and commitment of COSCE (the Confederation of Spanish Scientific Societies) we created a working group of animals in research with scientists from universities and public research centres, veterinarians, and delegates from companies and patient groups. The first task of this group, in which I had the honour to participate, representing researchers at public institutions, was to prepare a white document clearly explaining, in plain language, why animal experimentation was needed in research in biomedicine, biology and biotechnology. Much to our surprise, we realized that such a document, or similar, directly exposing to our society why we were using animals, had not been published before. Just to illustrate the difficulties we faced I can indicate that not all initial groups participating in this discussion agreed to undersign the final document, because they thought that their membership would not understand support for this controversial issue. Eventually, this first document was published in February 2015.

Immediately thereafter, the working group was approached by members of EARA (the European Association for Animal Research) who suggested the possibility to organize a similar Concordate on Openness on Animal Research in Spain. We readily accepted this subsequent challenge and began to work in a collaborative manner. We did not want to re-invent the wheel; therefore, in agreement with EARA, at the COSCE working group on animal research we decided to follow the British Concordate, whose four principles were translated and adapted to Spain. The COSCE agreement for the transparency in animal research (we could not call it “Concordate” because in Spanish this word means an agreement with the Vatican) was eventually approved by COSCE in June 2016 and presented to the Spanish public in September 2016. Many institutions rapidly began joining, and became very interested and engaged with the initiative. By now, April 2018, 121 institutions have joined the COSCE agreement and nearly all of them have already included in their webpages the corresponding institutional declarations on animal research. This was a great success for this initiative, which was extraordinarily well received by Spanish research institutions. Current up-to-date information on this COSCE agreement can be obtained by visiting the Transparency in Animal Research webpage we maintain at the CNB-CSIC web server. We have on board universities, research centres, research institutions, funding agencies, associations, patient groups, companies, hospitals and scientific societies. EARA is acting as an independent observer. They are helping us with the fourth principle of the agreement – monitoring activities to verify the progress and the achievements accomplished.

Of course, associated with the adhesion to the COSCE agreement, we, at research centres, began receiving phone calls and visits from journalists, from newspapers, radio and TV programs, and from undergraduate and secondary school students. Some of these visits are illustrated in the Transparency in Animal Research webpage and can be browsed through videos that are freely available. Most journalists confirmed to us that by presenting our viewpoints to society – by openly declaring and describing all that we were doing with research animals – we, to the best of our knowledge, significantly reduced the ongoing controversies on animal experimentation.

We are most satisfied to have contributed, with the transparency proposal, to the normalization of animal experimentation in our society. This is clearly the way to go. I can only recommend to other countries to follow what UK and Spain have already deployed, with the corresponding transparency agreements, to immediately begin to see benefits and a greater support from society to the experiments where animals are still required, for the benefit of science, knowledge and humankind. 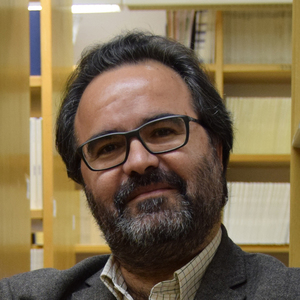