Back in 2012, the article in Nature Expatriate Scientists Get Organized, highlighted a new trend in scientific migration: the emergence of scientific communities bringing together researchers from the same country of origin.

Maria Jimenez-Sanchez
MRC Research Fellow and Honorary Lecturer at King’s College London, former President of the Society of Spanish Researchers in the UK (SRUK) (2016/17) and current Chair of the SRUK Wo/Men Research and Equity committee, .
Follow
Like Comment
Share

Back in 2012, the article in Nature Expatriate Scientists Get Organized1, highlighted a new trend in scientific migration: the emergence of scientific communities bringing together researchers from the same country of origin.

As a researcher who has worked in the UK for the last 10 years, after obtaining a PhD in Spain with short-term research experiences in the US and Switzerland, I cannot agree more with the professional and personal benefits of mobility.

However, mobility in science also has another face. On many occasions it is not the desire for adventure but the lack of opportunities in the country of origin that drives mobility. Sadly, in recent years, this has become a common scenario for many researchers from southern European countries, such as Spain. One feels devastated to see how the country of origin faces continuing cuts in the science budget3and laws that create difficulties instead of helping scientists and their research organizations. These issues arise as a result of governments for which science is not a priority and who have not worked to retain or import talent.

As a Spanish researcher I would like to see science in my country flourish, not only because I may want to go back one day, but also because I would like to give something in return to the resources invested into my early training. In 2012, in my quest to see how I could contribute to Spanish science at a distance, I came across a group of researchers that would later become the Society of Spanish Researchers in the UK (SRUK)3. This was the first of more than 15 societies of Spanish researchers currently established, or on the way to becoming so. These societies bring together more than 3,500 Spanish researchers working all around the globe.

SRUK was created by researchers and for researchers to contribute to the R&D systems both in Spain and the UK, by creating a network of Spanish researchers in their host country and representing their views in UK and Spain but also by promoting the relations between both countries and making science accessible to the general public. From welcoming and mentoring the newcomers, to recognizing the talent and giving visibility to the career of the ones already settled, more than 150 SRUK volunteers combine their busy lives as researchers with organising a multitude of seminars, roundtables or workshops. Science outreach, gender balance or career development matters are also in their pipeline, as it is the promotion of collaborations between Spain and the UK through exchange programs and networking events.

To represent the views of Spanish researchers in the UK, this society has engaged in conversations with Spanish and British politicians. SRUK provides a platform to present the views of the Spanish researchers on Brexit5  to the British government and relevant stakeholders. Meanwhile, the publication in 2015 of a report advising Spanish political parties6  on science policy matters was the first of an ongoing effort to export some of the advantages of the R&D model we are experiencing in the UK. As a result, SRUK has published a number of press articles and participated in debates and in the analysis of the Spanish R&D policies.

Similar initiatives are emerging from different nationalities and in different countries, such as the Portuguese Association of Researchers and Students in the UK (PARSUK)7  or the network of German researchers working in the US and Canada (GAIN)8. While many of us are happily adapted to our host country, we keep an eye on what is happening at what we still considered our home. As commonly said, science has no borders but, besides the exchange of scientific ideas, international mobility may start to play an important role in promoting collaborations between countries and in exporting and implementing successful science policies. 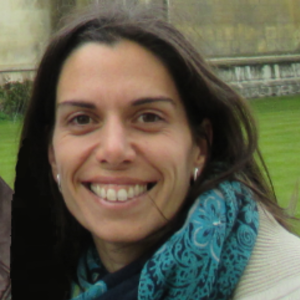 MRC Research Fellow and Honorary Lecturer at King’s College London, former President of the Society of Spanish Researchers in the UK (SRUK) (2016/17) and current Chair of the SRUK Wo/Men Research and Equity committee, .

On our power to fulfil the prophecies of predictive algorithms
VIEWPOINTS

Dr. Luiza Bengtsson
Does the recent vote by MEPs spell an end to the use of animals in biomedical research in Europe?
VIEWPOINTS

+3
Ulrike Klenke and 3 others
FEBS Network