There’s one way in which the world of science strongly resembles the Roman Empire – its dynasties and pedigrees are formed not through blood, but through adoption.
Brooke Morriswood
group leader, University of Würzburg
Follow
Like

It was Machiavelli who observed that “…all the Roman emperors who succeeded to the empire by inheritance, except Titus, were bad; those who succeeded by adoption were all good“, and indeed one of the many peculiarities about the remarkable civilisation of Ancient Rome is how unconcerned its leading figures were about blood ties in the matter of choosing successors. Perhaps no example is more apt than that of Julius Caesar, who named the young Octavian as his son and heir. Octavian, then a political unknown, was widely – and entirely justifiably – expected to fall prey to Mark Antony and the various scheming figures of the Republic. Not a bit of it. He rapidly consolidated power as a member of the Second Triumvirate, saw off both Anthony and Lepidus when that arrangement fell apart, and ultimately reigned supreme as the emperor Augustus – becoming the first link in the chain that Machiavelli later referenced. Caesar’s intuition was spot on.

Science too shows an admirable disinterest in the matter of biological pedigree. While it’s not unusual for the children of scientists to themselves go into research, the notion of them actually inheriting the group, department or institute that their parent presided over is laughably absurd. Inheritance is by merit, not by blood, and it’s talent that’s promoted rather than progeny.

While the notion of biological succession is absurd however, it remains true that some scientists are extraordinarily fecund with entire dynasties of research groups often able to trace ancestry back to a single “founder”. Members of these dynasties, whether they passed through as PhDs or postdocs, will all carry the imprint of that founder to some extent. Whether it’s a general outlook, a way of doing things, or an insistence on particular standards, the stamp of the progenitor will be there.

These people, totally unrelated by blood, will constitute a family in a very real sense. They may be well-networked, or virtual strangers to one another. Some may even be in conflict. But regardless of their interaction, they will all be bound together by that mutual adoption, that they all at some point in their careers were under the wing (or under the thumb, in some cases) of their shared parent.

The nature of that parent can be as varied as their offspring. Some will be well-fed (funded) and comfortable, others poor; some will be martinets, others motivators. They may practise tough love and be on strained relations with their offspring, both during and after. They may rejoice in their progeny’s successes, or begrudge them. Some will strenuously remain at the top of the pile they have themselves created; others may spawn descendants  that throw their own achievements into the shade.

Whatever their nature, the classical world offers one more metaphor – any group leader that, like Cronos, devours his or her own young will end up being dynastically impotent. And as the passage of time extinguishes their own achievements, there will be no-one to carry their imprint into the next generation. Short-term selfishness comes at the price of scientific childlessness. 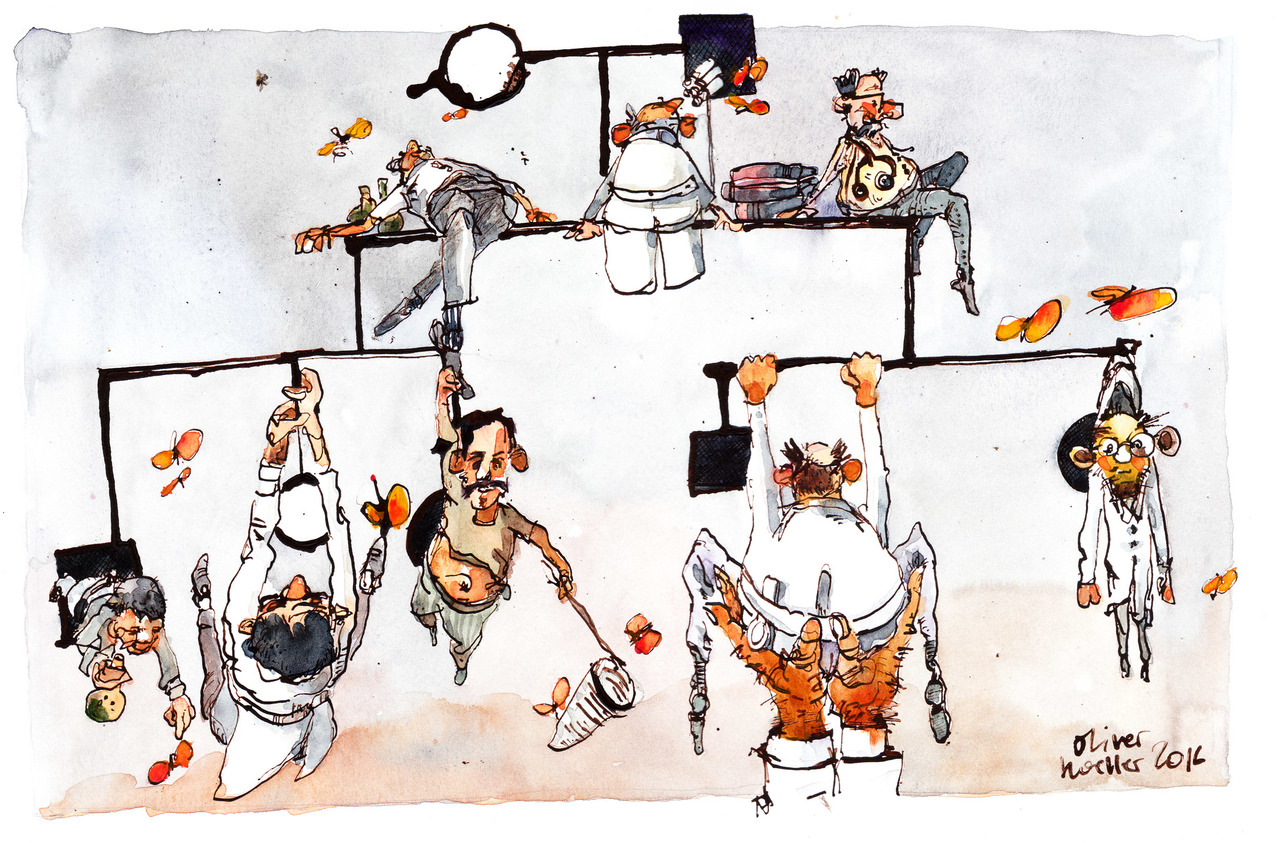 There’s one way in which the world of science strongly resembles the Roman Empire – its dynasties and pedigrees are formed not through blood, but through adoption.