Prof. Claudina Rodrigues-Pousada (ITQB, Oeiras, Portugal) oversaw the annual FEBS Young Scientists’ Forum (YSF) – a pre-Congress gathering for postdocs and PhD students immediately before the annual FEBS Congress – from 2005 to 2007 and from 2011 to 2017. As she leaves this voluntary role on the FEBS Executive Committee, we look back at her involvement and the development of this popular event over the years. The post finishes with a few conference tips for young scientists attending upcoming events.

Since I was a child, I had a great enthusiasm to study and to learn. After high school, I went to the Faculty of Pharmacy due to my love for inorganic and organic chemistry as well as biochemistry and received top scores in all disciplines. During my undergraduate studies, a visit to the Gulbenkian Research Center located in Oeiras, Lisbon, which in the 1960s was the country’s top research institute, left me thoroughly impressed with the laboratories and research projects, and with a firm intention to be engaged in a scientific career within the field of biochemistry. On my second attempt, I obtained a position at the Research Center for 5 years, and then moved to Paris, to the Institute of Biologie Physico Chimique, for 7 years to prepare my PhD Thesis. I had grants from the French Government and Calouste Gulbenkian Foundation. My stay in Paris was a tough decision for me, because I was already mother of a nine-year-old son and four-year-old twins. While Paris showed me a fascinating world also it was hard to be far from my sons.

Upon returning to Portugal in 1979/1980 and promoted to Principal Researcher, I began organizing my own lab. I concentrated my efforts on investigating the regulatory mechanisms whereby Yap transcription proteins mediate genetic reprogramming that occurs in response to various stresses, using Saccharomyces cerevisiae as a eukaryotic biological model. I also became involved in the organization of scientific meetings: my lab accepted the invitation to organize the XVII International Conference on Yeast Genetics and Molecular Biology held in Lisbon in 1995, and I later co-organized an EMBO workshop on Regulation of Gene expression under Stress, the 14th Meeting of the European Cytoskeleton Forum, the 27th FEBS Congress in collaboration with the Pan-American Association for Biochemical and Molecular Biology (PABMB) in Lisbon in 2001 (with over 2000 participants), and the 2nd International Congress on Cellular Stress in Biology and Medicine. Such great experience in organizing international scientific events helped my role in overseeing the FEBS YSF.

How did you first become involved with the YSF and what kept you motivated to continue to support this FEBS work?

I was nominated as Chair of the FEBS Working Group on the Careers of Young Scientists (a position in the FEBS Executive Committee that oversees the YSF) by the Portuguese Biochemical Society, one of the founding societies of FEBS, and elected by the FEBS Council – and this was the case again for subsequent terms. In my laboratory, I have always had young students and enjoyed working with them, and this was a strong motivation to become involved with the YSF. I was encouraged by the fact that undergraduates liked how I was teaching them as a Professor, and I organized several advanced courses in specific fields to prepare students for PhD work. My aim for PhD students was to train competent, reliable and self-directed research scientists with a strong sense of scientific integrity.

What did you see as the key aims of the YSF and how were they achieved?

The YSF helps young researchers to gain experience in presenting their work to an international audience, to learn from the work and experiences of their peers and senior scientists from a variety of countries, and to develop contacts. It also provides career advice.

A key feature of the event was that a committee of young scientists organized it, under my supervision. Early postdocs and PhD students enjoy meeting together in a nice atmosphere at the YSF and it is interesting to see the friendships generated among the participants. Also, as well as including oral presentations, the event gives plenty of time and space for discussion and exchange of ideas at the poster session.

Another element of the event has been a roundtable session dealing with career development and providing advice on how to master different skills (such as manuscript writing), and to improve the students’ chances of obtaining grants from different organizations and to pursue their studies. EMBO has helped the FEBS YSF by presenting its fellowships program in this roundtable, as well as sponsoring a Young Investigator Lecture.

The YSF was also initially set up to encourage young scientist participation in the following FEBS Congress. The YSF participants receive financial support to go on together to experience the speaker program and other aspects of this larger event.

The first FEBS YSF was held in 2001. How did the event evolve over the years?

Obviously, it was possible to build on the experiences of the early YSFs, and over the years the level of the YSFs improved in all aspects. In my opinion, the two most recent (15th and 17th) were the best! The program had senior scientists presenting lectures, and symposia of 12+3 minutes talks from young scientists selected on the basis of their abstracts. We also asked the students who were not selected for the symposia to give an oral presentation in just one minute and it was rewarding to see how they managed this so effectively! At some events, we also gave a prize to the best oral presentation and to the best poster.

Selecting who should participate in the event from many applications received each year must have been very difficult. What in your eyes made a strong YSF application?

The number of applicants varied each year, but the maximum I experienced was 502 for the 11th YSF in Torino in 2011, and at that time we selected 125 participants. The local organizing committee and I would read all the abstracts and accompanying letters. The motivation letters and letters written by the supervisors were well analyzed, and gave a good idea about the candidates. Then it was also important to have good abstracts and good science. A good abstract should be concise and have the main results well explained.

Yes, I have fond memories of the students. I still have contacts with Francesco Ruas, Alexey Belurogov, Karine Santos, Gamze Tuna and Maayan Pour. We became good friends. They were all fantastic chairs of their Organizing Committee. The YSF social events have also been very good and I could see that the students were very happy and talking to each other: a couple of examples are games organized by the local organizing committee at the 13th YSF to allow the students to get to know St Petersburg, and a chance to see a firework display in Torino at the 11th YSF after a fantastic dinner. Often the YSF sites have also been very pleasant, surrounded by parks, trees and gardens. At the 17th YSF I enjoyed a great talk given by Nicolas Plachta who used single particle cryo-electron microscopy for visualization of biological macromolecular assemblies in near-native states in stem cell differentiation studies.

What would be your top five tips to young scientists to get the most out of conferences?

Thanks to Claudina Rodrigues-Pousada for discussing these points. We wish you a nice rest from FEBS work!

Great, Claudina! You did a wonderful job and it was very inspiring to work with you.

Maya Schuldiner: "My biggest highlight is always talking to my students and postdocs." 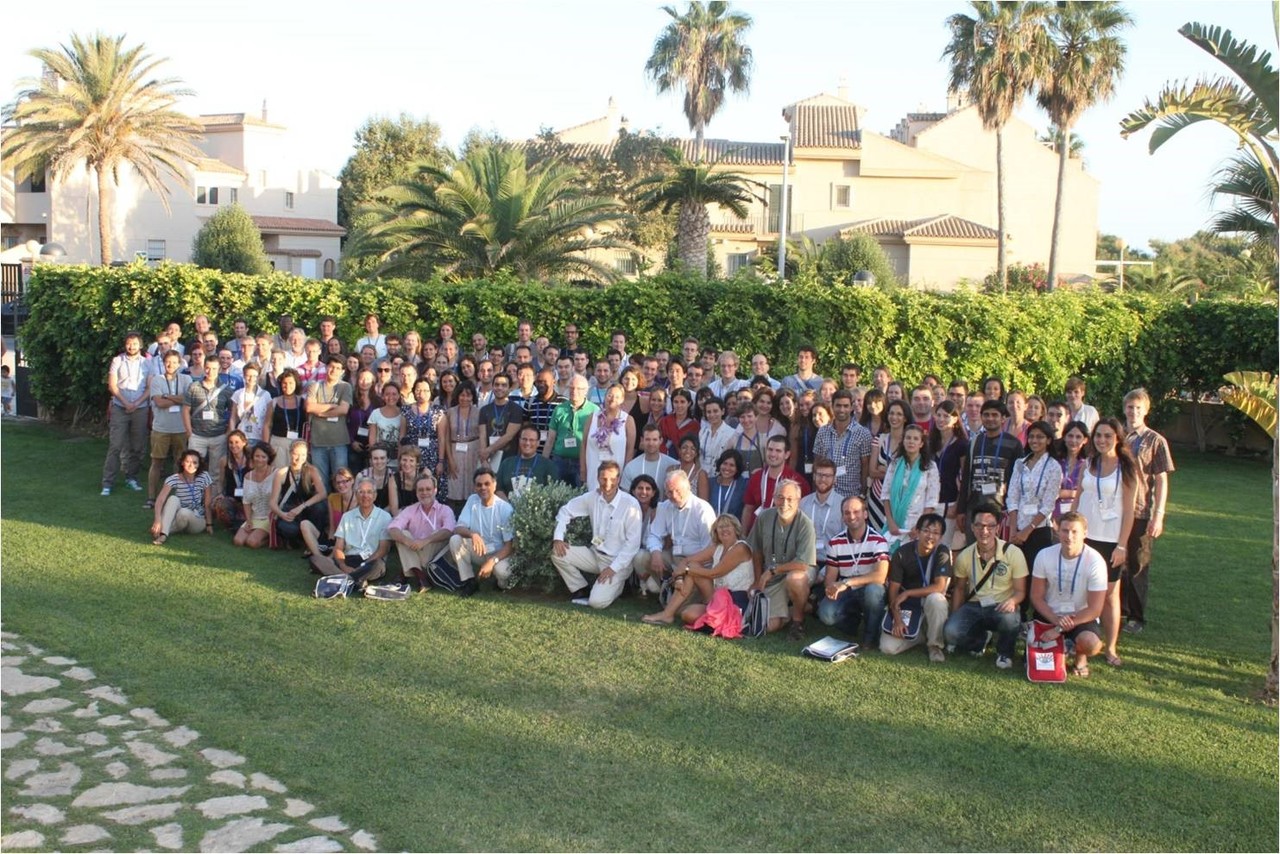