The Biological Research Centre (BRC) of the Hungarian Academy of Sciences opened its first laboratories in 1971 and became fully operational by 1973. The founding father of the BRC was Bruno F. Straub, discoverer of actin and colleague of Nobel Prize winner Albert Szent-Gyorgyi, who discovered vitamin C. The mission of the BRC was to adopt the revolutionary methodology of molecular biology and catapult academic research performed in Hungary to an internationally competitive level in selected areas of the life sciences. Professor Straub knew that the development of new approaches and ideas requires fresh, unbiased minds and unorthodox thinking, thus the average age of the newly recruited staff of BRC was barely over 30 years. The BRC organization showed its multidisciplinary nature by giving home to independent institutes active in plant biology, biochemistry, genetics and biophysics. Soon after its opening, the BRC became a buoyant, vibrating place and, in a short time, gained an international reputation as the democratic, liberal exception to the otherwise tightly controlled research institutes in the former Eastern-bloc countries. The beginning of my research career dates back to 1973, when I started  –  as a bachelor student –  working in the Plant Biology Institute. Thus, I witnessed how the BRC had arisen to be the largest, most respected and successful life science research institute in Hungary and beyond its borders, in Eastern Europe, by 1990.

The turbulent years after the fall of the Iron Curtain adversely affected the BRC since many of the most talented researchers decided to pursue their research career abroad. The loss of these creative, innovative researchers was paralleled with unpredictable funding and the erosion of the social appreciation of science. Despite all odds, the BRC survived this critical decade and remained the leading life science research institute of Hungary and, by the beginning of this century, started to regain its international reputation as a stronghold of molecular biology in the Eastern European region. Retrospectively, it is clear that the driving force behind this change was the return of a new generation of researchers from abroad, who broadened the traditional research portfolio of BRC by bringing in new ideas and, more importantly, setting new standards for excellence.

2018 was the year I was appointed General Director of the BRC but this year will go in the history of Hungarian academic research for another reason. The spring of 2018 was the time when negotiations started about transferring the controlling authority of 14 research institutes, employing about 5000 people, from the Hungarian Academy of Sciences to an Academy-independent, new, non-profit organization called the Eötvös Loránd Research Network (ELRN). The year-long, sometimes bitterly emotional negotiations between the Academy and Ministry of Innovation and Technology ended in the autumn of 2019, when the ELRN was born and took control of the former Academic institutions, including the BRC. To manage and adopt to this landslide-like change without interrupting our everyday research activity was not easy but I think we are through the most difficult phase by now, and can concentrate our attention once again on our main task, i.e. performing cutting-edge science.

Societal expectations regarding the biotechnological and medical uses of basic research are noticeably increasing. This trend will likely continue and the foundation letter of the ELRN declares that the mission of the ELRN is to promote the execution of internationally competitive basic research and, at the same time, help participation in the first steps of R&D knowledge transfer in cooperation with industry partners. The BRC is committed to meeting these goals. According to our newly crafted foundation letter, our primary tasks remain to perform discovery, basic science, to develop and adapt the latest research methods, to train specialists and to promote translational research and innovation. Based on the above, I predict that in the foreseeable future the multidisciplinary nature of the BRC will be retained, as the Centre offers an ideal background for conducting interdisciplinary research within and outside of the BRC, which also offers considerable flexibility regarding funding.

In general, we will put a stronger emphasis on biomedical research, concentrate our resources on researching the molecular and cellular mechanisms of heredity, immunology, the characterization of cellular processes at a system and single cell level and, ultimately, on defining the function of these components/mechanisms in diseases. However, this shift will not exclude the continuous support of green biology or fungal evolutionary research, just to name a few areas which are not directly relatable to biomedical research. In summary, I think that the main tasks of the next leaders of the BRC will be to preserve the colourful palette of research projects, promote world-class level discovery research and increase the ability of the BRC to innovate.

The future of any institute is in the hands of newly recruited staff. When recruiting new group leaders, we look for bright, motivated people with a strong commitment to science. The BRC, similarly to any other leading research institutes in Hungary, faces a formidable challenge to attract people from the more developed part of Europe. The internationalization of the senior researchers of the BRC appears to be futuristic for many reasons, thus we focus on reversing the typical “east-west” brain-drain by offering attractive start-up packages for young, motivated researchers who have proven their excellence while working abroad in leading institutes and are determined to continue their career in Hungary.

I am convinced that our efforts will yield fruit in the next 5–10 years due to recent favourable changes in financing and the establishment of new research facilities supported by large EU funds in Szeged. These include the Hungarian Centre of Excellence in Molecular Medicine, whose mission is – with a strong involvement with the EMBL – to develop biomedical translation research; the ELI-ALPS Research Institute, where “exotic” laser sources are available or being developed to study the fundamental light-matter interactions in a very wide spectral range and a very short time domain, also enabling the investigation of the physics of biological (macro)molecules; and the Biotechnology National Laboratory, where research is focused on developing alternative therapies for antibiotic resistance and establishing the mRNA-based technology for vaccine production and cancer treatment. Szeged is also home to one of the best Hungarian universities: research activities performed at the University of Szeged and the BRC are intertwined at many levels and, in addition, the university provides a reliable flow of talented PhD students for the BRC laboratories.

My boldest dream is that Szeged, the sunniest town of Hungary, will be able to take advantage of this unparalleled concentration of talent, resources and infrastructure and will develop into a buzzing research town, whose impact will cross borders. In other words, I hope that a new Hungarian Nobel Prize winning candidate, similar to Katalin Kariko whose long journey towards success began in the BRC, has already started or will soon start her/his research in Szeged, more precisely in the BRC. 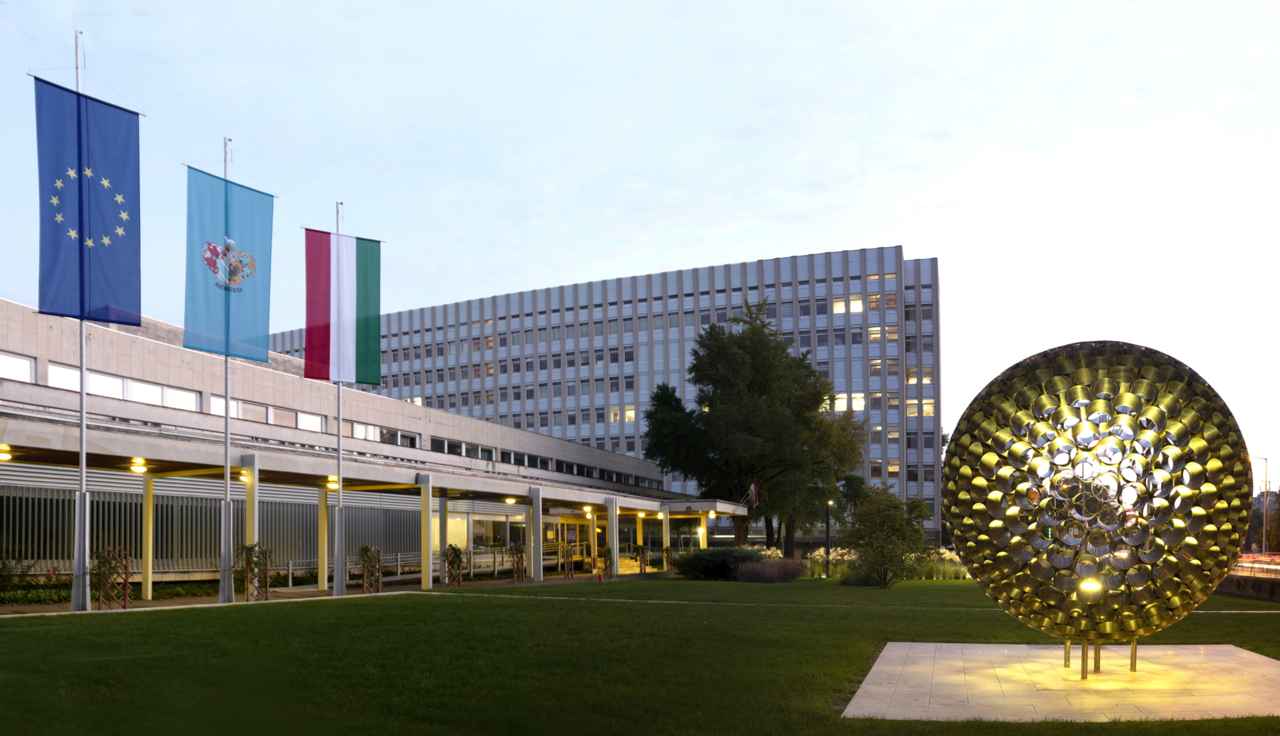