The elder members of scientific communities are a valuable repository of accumulated knowledge.

There was a special room in the old Laboratory of Molecular Biology building in Cambridge, UK*. On the first floor, above the building’s original entrance on Main Drive and just beyond one of the two main staircases, was an office providing desk space for retired members of the institute.

Cruelly, but predictably, this office acquired the rather unflattering name of “Jurassic Park”. The inference was clear – it was where the dinosaurs were caged.

What role the older members of research communities should play has long bedevilled science. In a profession where the acquisition of both theoretical knowledge and the wisdom derived from practical experience is paramount, it’s paradoxical that those who by definition should have the most knowledge and wisdom often present an uncomfortable problem for the groups they dwell in.

In a way, that problem exemplifies the flip side of science. The side that’s characterised not by sedate and thoughtful rumination, but rather by restlessness, innovation, and daring. The side that’s driven by youth. There is probably no greater disparity in terms of the public perception of science when set against its working reality than the fact that while scientists are usually imagined as white-bearded old (white) men, most research labs are actually populated by young, international tyros under the age of 30.

And as in wider society, the solution – if it can be called that – to the issue of the older demographic is often one of embarrassed indifference, followed by neglect. The hints from the neighbours that it’s maybe time to move on, the awkward but inevitable query whether they would mind someone taking part of the lab space (the younger group is expanding, after all). The slow attrition of reputation, and the growing isolation as both funding and recruitment withers.

It’s a far cry from how elders used to be viewed in prehistoric societies. Before writing, before the internet, the elder members of a group were the repositories of the tribe’s wisdom and oral tradition. With the advent of information preservation through writing, and nowadays with computers facilitating not just information storage but also its retrieval, it would seem that such functions are entirely redundant.

One thing Google doesn’t give you is human context. We are already reaching a state of information overload, and fast search results don’t always mean that you find what you’re looking for. What Google or other search algorithms don’t have is the ability to rapidly parse the social history of a field, or provide the human context to research data. “Highly cited but no-one really believed it”, “Great work that was overlooked”,  “What always came up at conferences but which was never answered in their output was…”. and perhaps most discouraging of all to crestfallen younger ears, “That was already shown by X over thirty years ago!” The recall of elders gives the listener the sweep of a field from its distant past up to its near present.

There’s also the familiarity with all the tricks and basic skills that date back to the foundation of a research area – its traditional knowledge. Just as in the wider world, much of that traditional knowledge is at risk of being lost, and older heads are the ones best equipped to keep it alive. Then too there’s the familiarity with the empirical nature of protocols, those apparently essential steps that are really echoes of a different age (“That 30 min incubation on ice with gentle agitation? You don’t need it – that was the drive back from the slaughterhouse when we had to go collect guts back in the days of bucket biochemistry!”).

Given that (Western) society itself is ageing, we can expect – regardless of the presence or alteration of retirement ages – the numbers of these dinosaurs to increase. Obviously in science youth needs to be given its chance, but at the same time driving our wise men and women outside the campfire’s circle is neither helpful, nor practical. Dinosaurs they may be, but they’re not yet extinct, and nor is their value to science, and to their colleagues.

*Animal lovers can rest assured that the LMB’s relocation to a new campus nearby has luckily not resulted in any mass extinction event, and its emeritus community lives on. 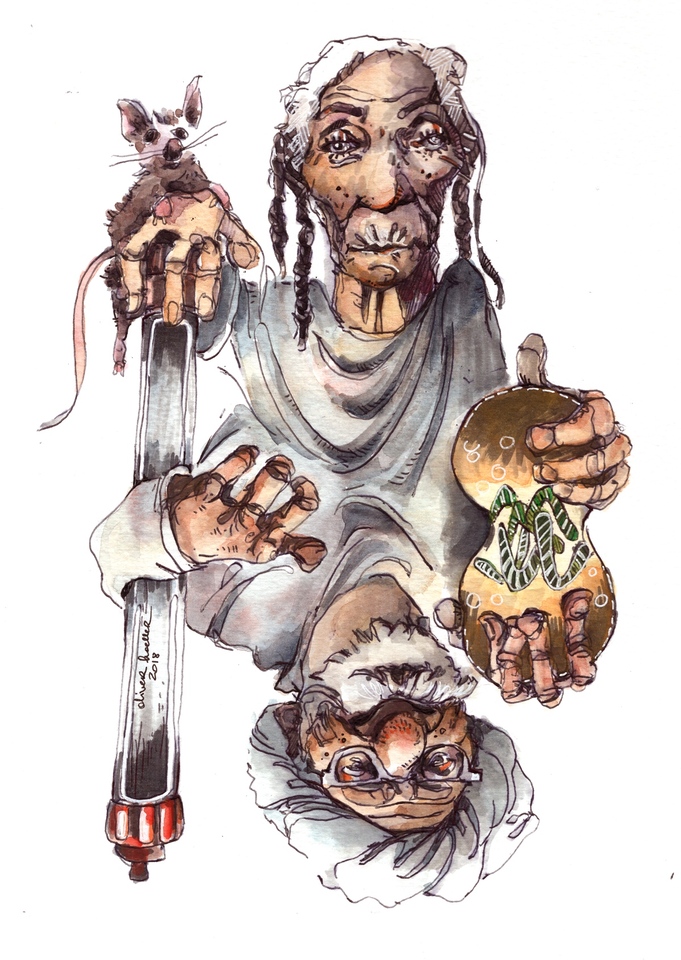