THE DOUBLE ROLE OF ALOINE AND EMODINA MOLECULES IN ONCOLOGY

THE DOUBLE ROLE OF ALOINE AND EMODINA MOLECULES IN ONCOLOGY.

In the past months there has been much discussion about the danger or otherwise of the molecules contained in anthraquinone plants such as Aloe, Senna, Rhubarb, etc. and in particular on the capacity or otherwise of the single molecules and therefore not of the phytocomplex of the plant as it should be for cancer capacity.
Although true as our in vitro studies show that the Emodin molecules are capable of and in support of modification in the nuclear compartment of the cancer cell, lead to a possible cellular degeneration in cancerous form, altering the genetic and metabolic of the cell, this does not impute a dangerousness of anthraquinone plants because in considering the genotoxicity of an extract or its carcinogenicity the role of the entire phytocomplex must be taken into account that is of the entire molecular compartment of the plant or at least plant of the single drug in phytotherapy) as the molecules influence each other with each other in their metabolic properties and do not consider single molecules! But even the genotoxic and intercalating action of the hydroxyanthracene molecules can, as indeed widely supported by authoritative studies, have an anti-carcinogenic effect. To understand this statement, two fundamental aspects of drugs must be considered. The first aspect is inherent in the definition of the pharmacological and poisonous difference: "Every substance is a poison: the right dose differentiated from a drug to a poison." as you can see a substance can become toxic or have a pharmacological action only by changing the dose, another important concept to give the right attention to the Aloe molecules is given precisely by some classes of or better drugs than molecule that are used today in chemotherapy, such as alkylating agents (aziridines, nitrous-ureas, phosphamides etc ...), many of them in fact like on the DNA intercalating and blocking the activity of the cancer cell, but paradoxically these same molecules lead to the development of cancer forms can by mutation of the DNA acting on the onco suppressor and oncogenes genes. All this demonstrates the importance of anthraquinone molecules in cancer research and at the same time exonerates the phytocomplex of anthracenic plants with the genotoxic effects that we would like to attribute to them. 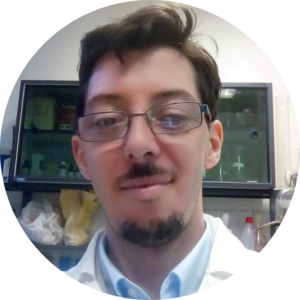