On this post, Penny Hawkins (RSPCA) and Sally Robinson (EFPIA/AstraZeneca) give an overview of the role and scope of the Animal Welfare Bodies (AWBs). They also provide solutions and resources to harmonise current good practice and overcome any barriers to the optimal functioning of some AWBs.

European Union Directive 2010/63 on the ‘protection of animals used for scientific procedures’ requires each user, breeder and supplier of lab animals to have an Animal Welfare Body (AWB). The AWB is expected to provide internal oversight and guidance on animal welfare and the 3Rs (replacement, reduction and refinement); establish and review operational processes for monitoring and following up on animal welfare; review the progress and outcomes of projects using animals; and to have a positive role in the preparation of project proposals. The AWB also plays a fundamental role in developing and maintaining an appropriate ‘Culture of Care’.

A European Commission Review of Directive 2010/63 (2017) reported significant benefits of the AWB, such as animal welfare improvements, including refinement of procedures, and better experimental design. This was good news, but several issues were also identified that might prevent some AWBs from effectively delivering their tasks. These included a lack of authority and resources for some AWBs, lack of clarity regarding roles and responsibilities, and concerns about training for AWB members.

With this in mind, the Royal Society for the Prevention of Cruelty to Animals (RSPCA) Animals in Science Department and the European Federation of Pharmaceutical Industries and Associations (EFPIA) Research and Animal Welfare group convened a webinar meeting in June 2021 to help advance and harmonise current good practice among AWBs.

Around 500 individuals, from at least 20 European Member States, joined the webinar. We conducted a survey before the meeting, which received 104 responses. Just under 50% were from academic establishments and just over 20% were from the pharmaceutical sector. Other responses included individuals from contract research organisations (CROs), not for profit and government organisations, public health laboratories and laboratory animal breeding organisations.

We asked participants how effectively their AWB performed the following tasks:

The rating scale for responses was 1 to 7 (1 being the lowest and 7 the highest). For all questions, the rating of 5 was the most frequent response; in other words, most individuals scored their AWB as effective when self-assessing. We noted that CROs and the pharmaceutical sector generally self-assessed their AWB’s effectiveness in delivering the tasks slightly higher than academia. Reasons for this were discussed in the workshop. For example, industry generally has a more central, corporate approach and sets expectations regarding the management of governance and social responsibility matters. Responses to other questions such as ‘is your AWB supported and empowered’ and ‘are staff aware of what the AWB does’ were also equally positively self-assessed, with 5 as the most frequent score.

We asked survey respondents to share any obstacles to delivering their tasks. Two common responses were time constraints and the lack of good (or any) AWB training resources and guidance. A number of ideas were proposed at the webinar to overcome these obstacles, including:

In summary, people generally felt positive about the current effectiveness of their AWBs. Many have veterinarians as full members, with animal technician involvement, good outreach and discussion. Challenges around having the time to prioritise AWB tasks and training and guidance were identified. The RSPCA and EFPIA will look at mechanisms to create solutions for these challenges.

This post was written by Sally Robinson, Chair of the European Federation of Pharmaceutical Industries and Associations (EFPIA/AstraZeneca) and Penny Hawkins, Head of the Animals in Science Department, Advocacy and Policy Directorate (RSPCA).

Further information and resources for AWBs:

You can watch the webinar here (3 h 52 min) and see the agenda here. 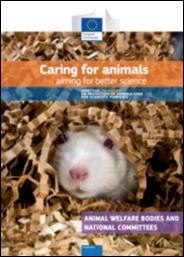 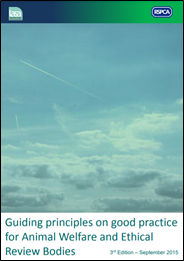 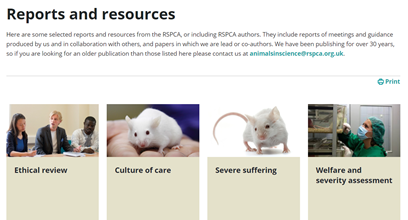 Top image of post by Tibor Janosi Mozes on Pixabay

Chair of the European Federation of Pharmaceutical Industries and Associations, EFPIA/AstraZeneca

Marco Masia
FEBS Network
We use cookies to help improve your experience. By continuing to browse our website you are consenting to our use of cookies.
Learn more