With more than 1,300 researchers and support staff, the Barcelona Biomedical Research Park (PRBB) is one of the largest clusters of biomedical research in the south of Europe. Created in the post-Olympic Barcelona, in a privileged location by the beach, the park is home to six independent research institutions: a university department (DCEXS-UPF), a foundation linked to a hospital (IMIM), three local research institutions (CRG, ISGlobal, IBE) and the latest node of the European Molecular Biology Laboratory, EMBL Barcelona.

The diversity of institutional models goes hand in hand with a diversity of topics studied – from genetics, molecular biology or bioinformatics, to clinical research, epidemiology and biodiversity and evolution.

All research taking place at the PRBB is publicly funded and, as such, it has always been our aim to be transparent and give back to society. One way we do this is by organising an annual Open Day in which the general public is invited to visit the building, walk through our corridors and enter the labs, where the researchers themselves explain their work first hand. This event, which also includes outreach talks and hands on experiments for the little – and not so little – ones, attracts more than 3,000 people in a single day. About 200 scientists and admin staff make this possible, by volunteering every year to spend their Saturday showing what they do and explaining science to society. Both the public (families, high school and university students, adults of all ages and even grannies and grandpas!) and the researchers look forward to this event where they meet face to face and share their interests and passions, questions and answers.

The PRBB Open Day had been running non-stop for more than 10 years in this way – that is, until Covid-19 appeared.

Even as the stricter lockdown was easing, by summer it was clear that bringing thousands of people to the building in October was out of the question. Our first reaction – brought by the pessimism of the situation – was to cancel the whole thing. But we soon overcame our gloom and decided to give it a go as a “virtual” event, as we had been doing with group meetings and scientific talks. After all, we didn’t want to let down our followers, who were themselves going, too, through a hard, isolating time!

When we decided to go online, we reassessed our objectives and how to achieve them. With the Open Day, we have always aimed to show who we are and what we do, bringing both science and scientists closer to society. Showing the building itself – a beautiful piece of architecture that inspires creativity and that is part of our essence – was also a default outcome.

As we could not welcome the public in person and show them around, we decided to create a video that would show them the PRBB inside out, and would introduce the human side of our researchers in a personal, intimate way. 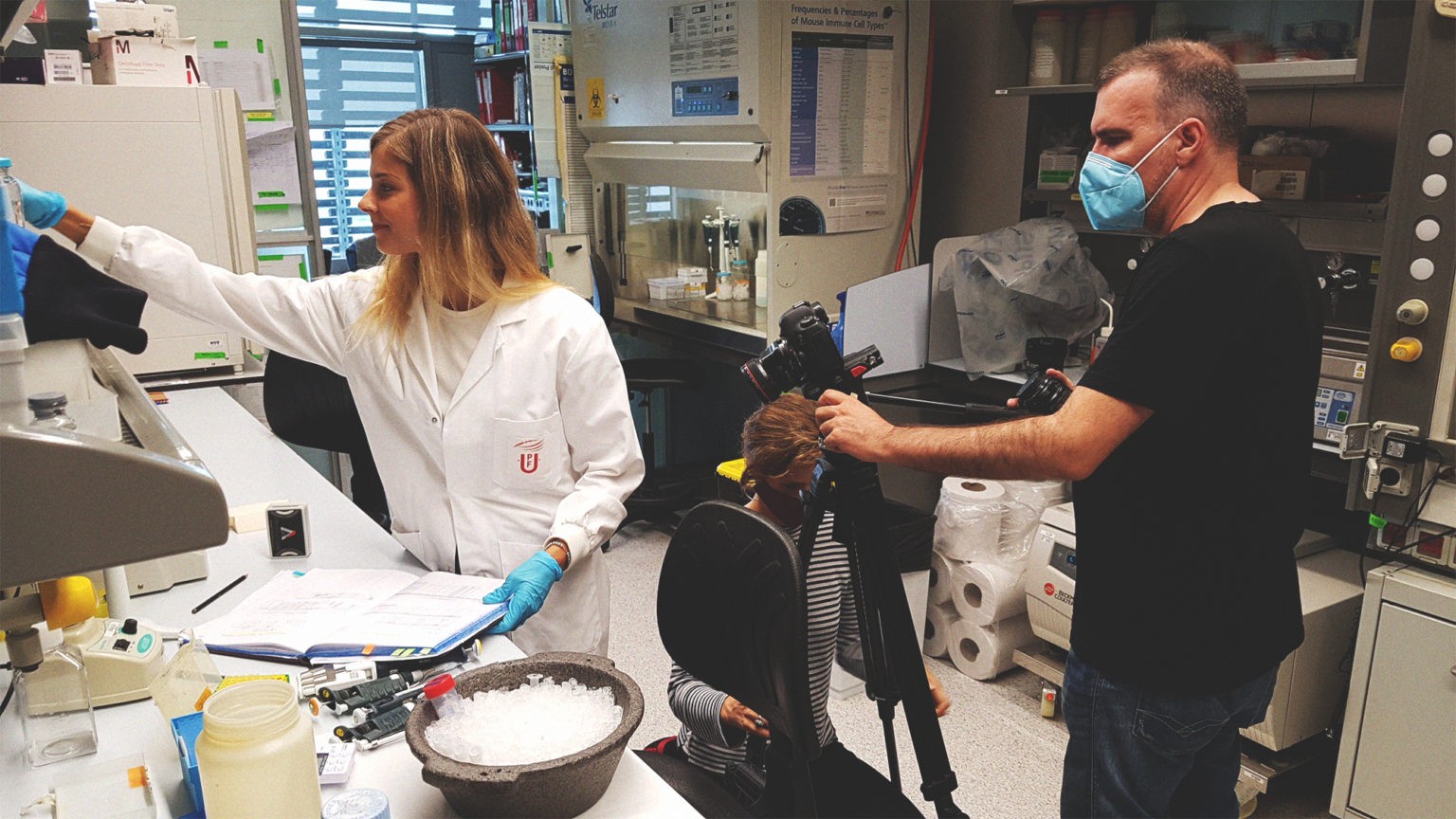 We chose to give it a gender perspective. Equity and diversity is one of our core values, and we recognise there is still a long way to achieve it, so we thought we’d do our bit. The result was “We are scientists”, a 12-min short film that digs into the soul of six female researchers – one from each of the centres at the park.

Apart from that presentation video, our usual lab visits were converted into short 2–3 min videos where researchers filmed themselves showing their lab, presenting their colleagues and explaining their work. We had two types of videos: “Lab tours” and “Failed experiments”. With the latter, our objective was to explain to society that science doesn’t always advance in a straight line; that errors are part of the process and that ‘failure can be the first step to success’.

You can only have about 15 people inside a lab for a visit, but virtual has no limits. So we decided to look for innovative ways in which we could get to as many people as possible. We tried something we had never even considered before – using ‘science influencers’ to spread our message. Thus, our usual Open Day outreach talks were transformed into interactive and informal live interviews via Instagram, a format we though would be more appealing for a young audience which is generally harder to reach. We chose six young ‘Science Youtubers/Instagrammers’, from Spain and from Latin America, and six researchers from the different centres. 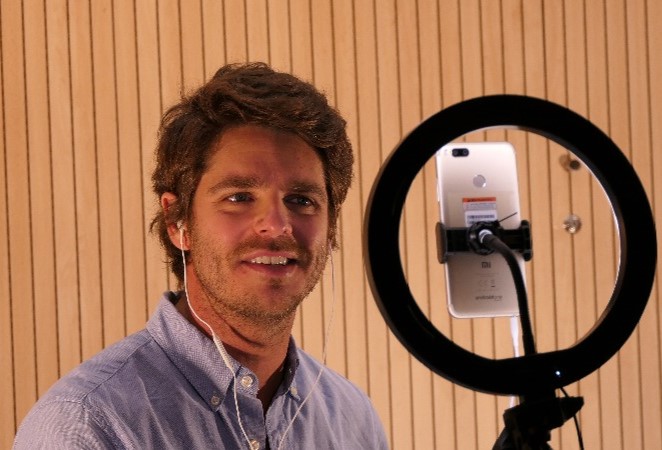 Key to the success was to get a good fit between the interests of both parts, as well as the good predisposition of our researchers, to which we are very much indebted. We also strived for equity and diversity here, and had three men and three women as the interviewers, and three male and three female researchers. In line with our spirit, we also covered a diversity of topics (malaria and organoids, medicine, evolution, nanotechnology, epidemiology, the scientific career and, of course, Covid-19), as well as the different career stages, from PhD to postdocs and PIs – and a medical doctor. An accompanying FEBS Network post provides a perspective on this experience from one of the researchers involved.

If the 3,000 visits we achieve every year are already a success – we think so! – going virtual has allowed us to go beyond our wildest dreams. We used the social networks we have at the PRBB (Instagram, Facebook, Twitter, LinkedIn and YouTube) and sent out a call to all researchers at the park – as well as the communications departments from the six centres that we host, who were also instrumental in helping to send out the message.

With everyone’s help, and an intense social media campaign, our short film “We are scientists”, the 13 “Lab tours” and “Failed experiments” from the researchers and the six live Instagram interviews have reached, altogether, a total of 75,500 visualisations – so far!

Although numbers speak for themselves, we believe the quality of our activities is of the essence. And the qualitative feedback we have received, via social media posts, comments or informal communication, has also been very positive. For that quality touch we believe it has been incredibly valuable to engage professional help, which we used to develop the OpenPRBB website and designs, to organise the social media campaign (#openPRBB) and, importantly, to create the “We are scientists” short film. Of course, using specialists for the live interviews (they were all YouTubers/Instagrammers specialised in science, and in some cases in the same field as the interviewee) was also a win–win strategy.

There are, of course, shortfalls to going digital. It is never the same to see someone running an agarose gel than doing it yourself and watching the DNA bands move live, lab coat on and all. And that first-hand experience, which young children used to love in our Open Days, we cannot offer online. We also know that we are losing some people – the very young and the very old are unlikely to be reached through social media, let alone be active Instagram users.

However, we are convinced that outreach projects can be, with those caveats, adapted to online formats, so we will continue doing so during this pandemic – which offers us not many more choices. And we envisage that some of these formats might stand the test of time and co-habit with the traditional, face-to-face outreach activities once we are back to normal. So here's looking forward to next year's hybrid edition of the #openPRBB! 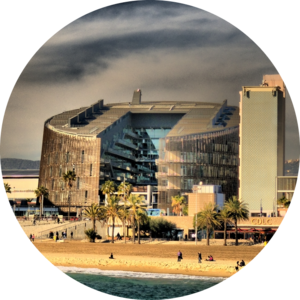 On our power to fulfil the prophecies of predictive algorithms
VIEWPOINTS

Dr. Luiza Bengtsson
Does the recent vote by MEPs spell an end to the use of animals in biomedical research in Europe?
VIEWPOINTS

+3
Ulrike Klenke and 3 others
FEBS Network