From storytelling, graphics, animations and podcasts to virtual and pub talks, scientists are exploring a large number of channels to be creative around science communication. In this post, we discover how some scientists are making science accessible in engaging and beautiful ways.
Kasturi MAHADIK
Senior Research Associate, Centre for Predictive Human Model Systems
Follow
Like Be the first to like this
0

Most people are awed when they discover that Amy Farrah Fowler (starring in The Big Bang Theory) is played by a former neuroscientist, Mayim Bialik (PhD). What I find most remarkable about Mayim is that she did not leave science behind with the rise of her acting career. She regularly talks about science, be it as a neuroscientist in The Big Bang Theory or in her own podcast series – Mayim Bialik’s Breakdown – where she debunks common myths and misconceptions surrounding mental health, or even in Flash Facts, a graphic novel curated and edited by Mayim that engages kids in science lessons using their most loved superheroes.

Fortunately for us, Mayim is no longer alone in her league. Gone are the days when scientists were depicted as crazy old men, locked in their laboratories with a bubbly potion in hand. Today, scientists are not restricted by gender, age or race. We are stepping out of our laboratories to talk about our research in myriad ways.

Take for example Club SciWri, which is helmed by a group of scientists. It is a platform relaying compelling stories that educate as well as convey the excitement behind scientific discovery. Through many of her blogs at The Experimentalist, Eisha Mhatre focuses on scientists that strive to empower their local communities with knowledge, creating opportunities for citizen science.

This summer I mentored in a fantastic pilot program called The Mind Gala. It aims to demystify neuroscience – a poorly accessible educational program in India – by building student-mentor pairs that break down complex information into ‘mindful’ popular science articles. Watch out for the book appearing later this year!

When communicating, a story that goes with a stunning visual is a battle half won, right? Many scientist-turned-artists are taking up this challenge. Matteo Farinella deserves to be on the absolute top of everyone’s list of artists to check out. His conceptualization and execution appear flawless. Two other artists to not miss out on are Joana Carvahlo and Marzia Munafò. Many of their illustrations are for science journal covers or graphical abstracts, and yet they manage to surprise with their imagination every time. These and many others are really setting the bar high. Argha Manna’s artwork will transport you to another era and rightly so, as he is a science historian. Together with Siddharth Kankaria, he illustrated a flashcard course which talks about how science was communicated in the past.

Yet another form of visual storytelling that is on the rise is animation. Christoph Kuehne and Gamze Gülez are pushing boundaries of storytelling with their animations. Christoph’s work is incredibly detailed and realistic, down to the molecular level. Gamze on the other hand, uses two dimension animations to talk about the life of microbes, conveying an unbelievable depth in a simple manner.

For the longest time, it was assumed that scientists were drab people, but with her podcast Under-the-labcoat and its older French brother, sous-la-blouse, Elodie Chabrol is attempting to break these barriers with stories of behind-the-scenes lives of everyday scientists. My go-to podcast, however, is The Lonely Pipette. Although it is aimed at sharing ‘tips’ with scientists, I feel anyone could relate to experiences shared by Jonathan and Renaud’s scientist guests.

Have you experienced the shared excitement of viewing the first show of a blockbuster film with your friends across the globe on the same day? The Pint of Science was founded with the very same idea by scientists Praveen Paul and Michael Motskin in the UK. A science festival taking place in bars across countries separated by continents, occurring on the same days. In 2018, Mahinn Ali Khan and I launched a similar concept in Bangalore, India called Science Café and Out of the Lab. India’s thriving community of science enthusiasts loved these initiatives. It was rewarding to see our loyal followers flocking repeatedly for each and every one of our events.

Finally, don’t we all wish we had personal connection to a scientist as a little kid? It would have opened my mind to the world of possibilities. Skype a scientist and Talk to a Scientist (TTAS) give students the opportunity to get to know a real scientist and obtain answers to their questions from the horse’s mouth. TTAS was a love project of two scientist colleagues, Karishma Kaushik and Snehal Kadam, begun in the COVID-19 pandemic, especially for an Indian audience. The response has been phenomenal.

To reiterate, this is a story of scientists. Some of them no longer practice science but it doesn’t stop them from spreading their love for it. I am not amazed when I learn Louis Pasteur was an accomplished painter or Albert Einstein a musician. Instead, I would have been impressed had they used art or music as a window to their work. Today the reality is that science communication is competing with every other form of media on the web. Scientists have to rise to the challenge of ‘grabbing eyeballs for research’ and, in this sense, they are truly going above and beyond.

Photo by Christian Lue on Unsplash

I graduated in immunology from the Indian Institute of Science, Bangalore and then went on to work on human development at Universite de Paris, France. Now, I'm back in India, working at the Centre for Predictive Human Model Systems-CCMB, where I promote the use of relevant human model systems over animal research. 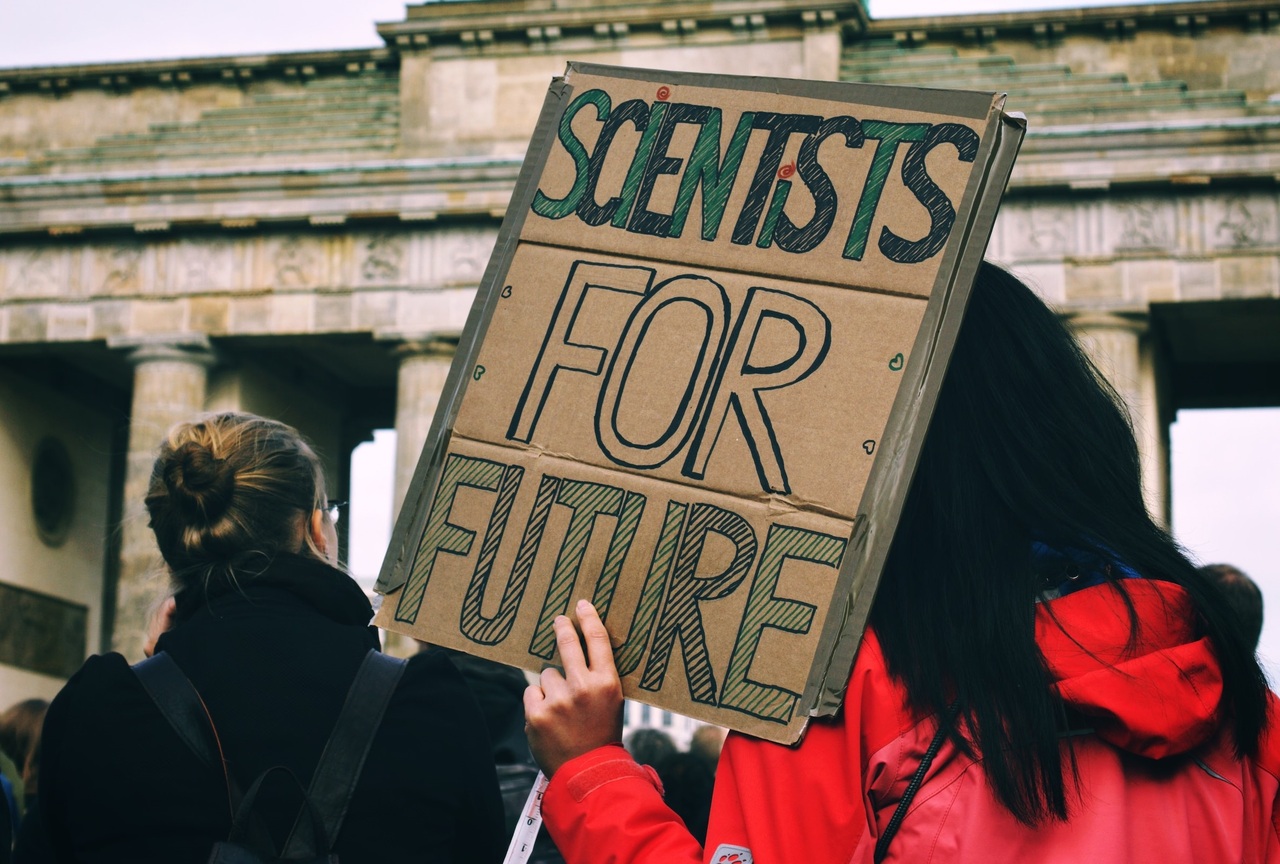 From storytelling, graphics, animations and podcasts to virtual and pub talks, scientists are exploring a large number of channels to be creative around science communication. In this post, we discover how some scientists are making science accessible in engaging and beautiful ways.