During the past decade, the role of inflammation and immunity during oncogenesis has been in the focus of cancer research. Although the causal link between inflammation and cancer is now widely accepted, modulating inflammation and the immune response within the tumour microenvironment (TME) to improve responses to treatment remains a challenge. The authors of two recent articles that will appear in the May Molecular Oncology issue highlight some new links between the proinflammatory TME and breast cancer prognosis, while discussing how their findings may impact treatment decisions.

Ana Maia et al. investigate the pro-inflammatory crosstalk between the TME and cancer cells in patients with breast cancer after chemotherapy.  Following cytotoxic drug withdrawal, cancer cells induced the expression of interferon stimulated genes (ISGs) in stromal fibroblasts through paracrine Interferon β1 (IFNβ1) signalling. Expression levels of both IFNβ1 in breast carcer cells and ISGs in tumour stroma cells were reversely correlated with recurrence-free survival. Moreover, the authors demonstrated a link between chemotherapy-induced ISGs in tumour stroma and resistance to chemotherapy. Targeting of the pro-inflammatory axis between cancer cells and tumour stroma could potentially improve chemotherapy outcomes in patients with breast cancer.

In addition, gene expression signatures of the cellular TME components can serve as prognostic molecular biomarkers and inform decisions about individualised cancer treatment strategies. In their manuscript Mara Lecchi et al., investigate how interferon (IFN)-associated metagene expression and extracellular matrix (ECM)-associated gene expression (ECM3) data may be combined to recapitulate TME characteristics and inform about prognosis in chemotherapy-naïve patients with high-grade breast cancer. Patients with a ECM3+/IFN- signature showed the least favourable prognosis. The ECM3 and IFN gene expression signatures were further refined in order to create a novel molecular classifier that could be assessed by qPCR in a clinical setting. This classifier could assist, according to authors, selection of patients that should either receive aggressive therapy or be excluded from immunotherapy regiments. 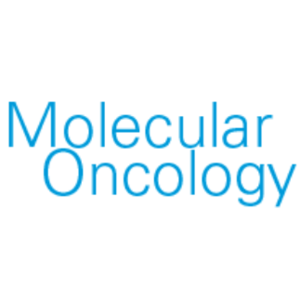 How to review interdisciplinary grants? HFSPO has 32 years experience
RESEARCH

How to review interdisciplinary grants? HFSPO has 32 years experience