Meat alternatives developed with a range of technologies and approaches are being put forward as a solution to environmental challenges. Adapting to consumers' needs and preferences are just some of the issues that manufactures need to confront for these products to succeed.
RAJEEV BHAT
Professor & ERA-Chair Holder (Valorization technologies), Estonian University of Life Sciences
Follow
Like Liked by Panchakshari
0

Rajeev Bhat  is presently working as a Professor and ERA-Chair-holder (European Research Area Chair) in VALORTECH (Food By-Products Valorisation Technologies) at the Estonian University of Life Sciences. He has extensive experience of more than two decades in the field of agri-food technology, with main expertise and interest focusing on issues pertaining to ‘Sustainable Food Production’ and ‘Food Security’. Recently, he was elected by the European Academies Science Advisory Council (EASASC) as an expert in 'Meat Alternatives' under the EASAC Biosciences Programme.

Trends in the present-day global food market point towards meeting the demands and needs of health-conscious consumers. In this regard, plant-based meat (meat analogues, meat substitutes or meat alternatives) as an alternative source of protein has been a hot topic of research, with several technological innovations and solutions being proposed.

On one hand, there is a significant shift in consumers' dietary habits, with more individuals preferring sustainably produced vegan or vegetarian-based foods. Additionally, there are consumers concerned about the environment who are eagerly looking for diverse avenues to reduce the carbon footprint that is frequently encountered during classical meat farming. This inclination is predicted to grow substantially in the coming years, irrespective of a region's socio-economic-cultural background. However, on the other hand, the demand for animal-based food and food products is also increasing drastically the world over, which is predominantly due to a growing population coupled with an increased per capita consumption of meat and meat-based products. It’s a well-accepted fact that the production of animal meat is not environmentally friendly, from the point of the substantial resource utilization such as the requirement of agricultural land (to raise animals),  up to the high levels of carbon emissions from animals and the linked safety concerns (hormones in feed, fertilizers, antibiotics use/abuse).

A range of alternatives

Hence, within this background, by predicting the importance of meat (or protein alternatives), today huge investments are being made by food industries. Alternative meat products are mainly plant-based or include those referred to as lab-cultured meat (clean meat), which are produced by employing innovative technologies as a substitute for animal meat or meat products. Today's supermarket shelves display a range of processed soy products (tofu, soya fish), mycoprotein from fungi (Quorn), faux fish (plant- or fungi-based substitutes), insect proteins (from mealworms, house crickets, locust, buffalo worms, black soldier fly), seitan (from wheat gluten), and many more. In certain instances, some plant resources like jack fruit, eggplant, pulses and legumes have also been explored in new product development to substitute animal meat.

On a broader scale, consumers have accepted plant-based meat products with the majority having opined that they positively mimic the appearance, flavour, colour, taste and texture of conventional meat and meat products. Besides, these alternative meats, because they are mostly of plant origin, are considered to be healthy and free from cholesterol. Some of the products in the market are novel, but many others were already a part of human civilization, like insects, seaweeds, and mushrooms, which were consumed as human food.

Cultured meat products are produced in the laboratory (in vitro) by using animal cell cultures through bio-process technology (and tissue engineering techniques). This production technique does not involve the raising or slaughtering of any livestock. Being at the initial stage of production, many food manufacturers have put forward initiatives to develop this type of 'cellular agriculture' product for full-scale commercial exploitation. In addition, the fermentation process (traditional, biomass, and precision fermentation) using selected microbes to produce meat components such as fats for synthetic meat, fermented soybeans (Tempeh), fungal mycelia-based Quorn, and heme-protein, among others, is also receiving attention.

However, producing meat alternative products might not be as easy as would seem from what has been written about it. Scientifically, the new products being developed should overcome technological hurdles, such as the 'Maillard' reactions (contributing to the meaty taste and aroma), meet the desired taste level and mouth feel (juiciness), colour (preferably reddish), as well as a texture (chewiness) like that of traditional meats. In addition, appropriate replacement of animal fats with plant-based fats or oils is a necessity, along with receiving acceptance from sensory panellists.  Moreover, there will be a need to minimize the use of artificial flavour enhancers and preservatives. Low sodium content is always preferred in this type of meat analogues, to meet the needs of health-conscious consumers (e.g., those suffering from cardiovascular diseases).

Though there are several advantages of producing meat alternatives or meat analogues, such as mitigating negative impacts on the environment, decreasing risks of zoonotic diseases, reducing greenhouse gas emissions and water consumption, along with ensuring regional food security, there are certain constraints and challenges that remain as a prerequisite to be overcome. As of today, there seems to be a serious lack of environmental transparency in meat alternatives produced and marketed globally. Understanding various binding factors involved in sustainable production (total carbon footprint, energy consumption, labour costs, and life cycle analysis) is a necessity. There is not much data available on the nutritional value or bio-availability of vital micro-nutrients in the products’ post-processing and cooking. In addition, not much data is available on any allergies or symptoms being produced on consumption (though these might be rare). When developing products using legumes or oil seeds, there is always a hurdle associated with the presence of anti-nutrients.

There are also risks linked with wrong labelling and misleading advertisements (e.g., false health claims), which might not be declared clearly by the manufacturers to consumers. The cost-effectiveness and extended shelf life of the products are also not properly worked out for the majority of meat analogue products.  Regulatory and policy criteria, recommendations and public acceptance depend on the quality of the evidence provided, and this needs to be defined appropriately. In addition, concerns have also been raised, especially from agriculture-dependent regions (rural economies) on the socio-economic consequences that can seriously affect the livelihoods of farming-dependent communities. Besides, there is always the fear of 'food neophobia' and religious commitments among certain consumers, which needs to be tackled by the manufacturers before extensive investments and marketing are carried out. Certain consumers (animal meat lovers) brand these plant-based meats as a 'faked' imitation or 'mock' meat.  Some sections of the population also strongly believe that this field of 'meat alternatives' production is a hyped marketing trend.

Anyhow, to conclude, the coming years will be a reflection of today's efforts by researchers, food manufacturers, R&D professionals and other related stakeholders, on whether meat analogues (meat alternatives or alternative animal proteins) will determine future food systems. Nevertheless, effective and aggressive commercialization of meat alternative products (with transparency) and offering similar products at a competitive price by manufacturers can still hold the key to success!

Photo by Kyle Mackie on Unsplash

RAJEEV BHAT (He/Him)
Professor & ERA-Chair Holder (Valorization technologies), Estonian University of Life Sciences
Follow
Rajeev holds ‘Research & Teaching’ experience of nearly 23 years in the field of agri-food technology, with his expertise focusing mainly on various issues pertaining to ‘Sustainable Food Production’ and ‘Food Security.’ Research interest revolves around Innovative Food Processing & Preservation Technologies, (Quality and Safety); Valorization technologies; Circular bio-economy; Digitalization, and Developing Novel Food Products & Designer Foods. He has experience of working in India, South Korea, Malaysia, Germany, Fiji Islands, and now in Estonia. To date, he has published more than 250 research articles published in ISI-based journals and as refereed book chapters; have edited 10 books and authored one book; He sits on the editorial board of leading international journals and has been on the scientific committee/advisory board member and an invited speaker in various international conferences/symposium/workshops. He has been a visiting professor in many institutions of higher learning and is also a recipient of several prestigious international awards and recognition conferred by various institutions of higher learning and research establishments 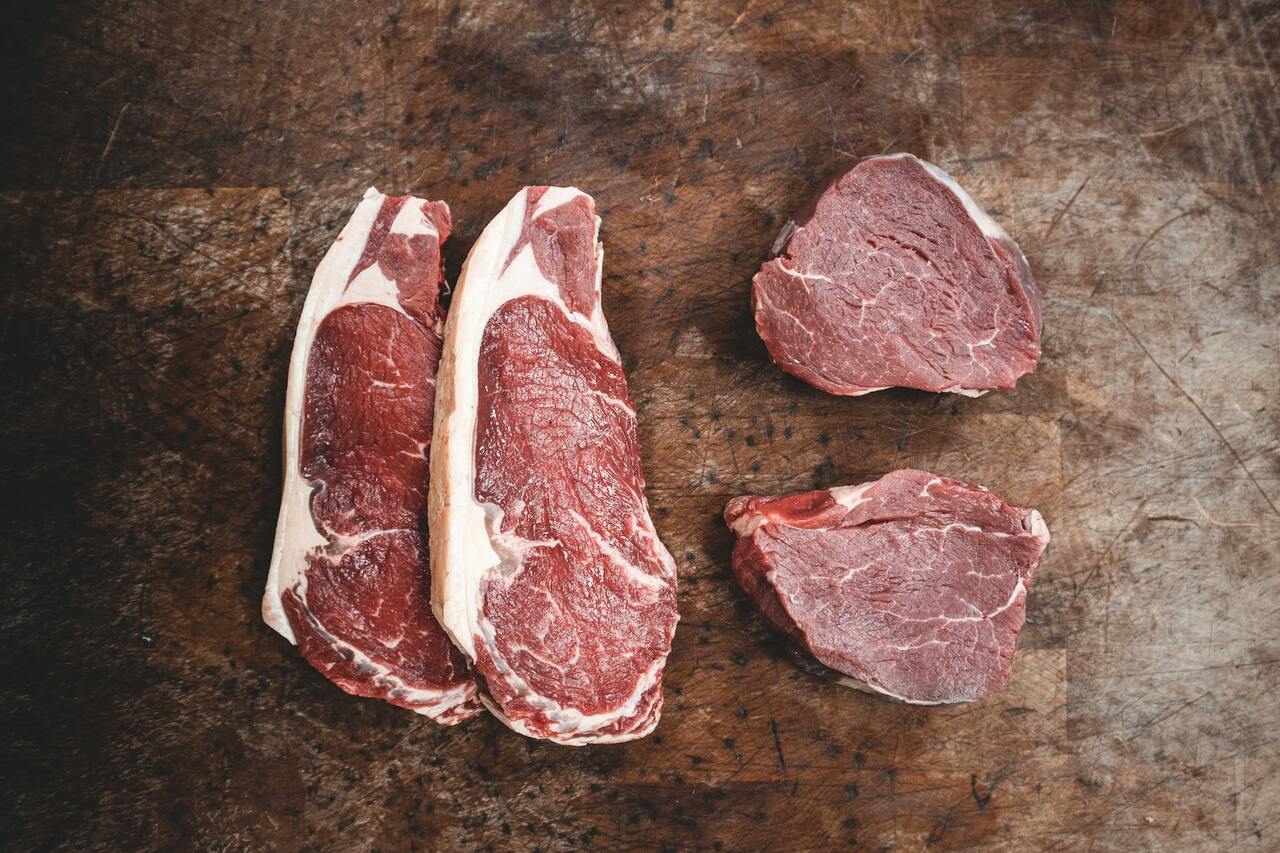 Meat alternatives developed with a range of technologies and approaches are being put forward as a solution to environmental challenges. Adapting to consumers' needs and preferences are just some of the issues that manufactures need to confront for these products to succeed.