How my experience as Rector has influenced my research activity

On this post, Giuseppe Novelli describes how becoming the Rector of the University of Rome Tor Vergata helped him broaden his view of science and opened up new possibilities through collaboration and the exchange of ideas.

Very often academics see administrative positions as an end-of-academic-career goal, to then devote themselves to politics or change their lives and work away from laboratories and research.

This view is usually justified by the fact that spending a few years away from scientific circles leads you inexorably to stay out of cutting-edge research, because you no longer follow scientific literature with regularity or because you often find yourself chasing technologies that are too advanced if not followed closely.

After six years as Rector of the University of Rome Tor Vergata (Nature 2021 Jul; 595 (7868): 494. Doi: 10.1038 / d41586-021-01960-6), I can say I am really proud of what has been done there. In those years, daily effort and commitment were aimed at responding to the challenges that today's society poses, with new design skills and an innovative vision to create spaces for action and operational possibilities never experienced before.

As Rector, I immediately invested in the internationalization of the University by favouring the stipulation of over 500 agreements with European and Extra-European Universities, but above all by having contributed to create – together with my colleagues Martin Paul (University of Maastricht) and Juan Romo (University Carlos III Madrid) – the network of young European Universities, YERUN, a network capable of tackling innovative and frontier issues such as globalization, climate change, demographic trends, global epidemics, worrying unemployment rates, growing social inequality, the intensification of non-voluntary migration (both internal and international), and the new skills required by the world of work.

The YERUN network is made up of 18 universities from 12 EU countries, that are less than 50 years of age and have distinguished themselves in some prestigious international rankings. The network has more than 300,000 students, 25,000 teaching staff, an annual budget of over € 1.2 billion for Research and Innovation. The relationships activated within the network proved to be important for my research activity, by promoting joint research projects with other universities, with the support of thematic workshops aimed at EU calls: Big Data & Digital economy, Health & Aging, Digital Humanities, Migrations, Sustainable technologies, and COVID-19.

I believe that internationalization has favoured my return to the laboratory without ‘trauma’ and without feeling ‘obsolete’. Exchanges, movement, and a borderless knowledge attitude rhyme with the ‘contamination’ of culture and ideas: bruised soil for research growth.

Today, the three most cited words in science are intersectorality, interdisciplinarity and internationalization. The sectoral university training is over; we no longer need to divide knowledge but instead to follow new ideas and transmit them through the interaction between disciplines as a scientific and intellectual approach to research and university training.

My Rector's experience has taught me to look at science in a broader way, expanding my research lines in human genetics, which have been ‘contaminated’ in the last year by immunology, molecular virology, biochemistry, and science policy (such as the contribution to the position paper on European research created with the YERUN network, at https://www.yerun.eu/wp-content/uploads/2017/11/YERUN_FP9_Position_Paper.pdf).

The wide and open-minded network of people that my activity as Rector has allowed me to build was important for my rapid reintegration into experimental research, for participation in competitive grants, in international consortia, and in international editorial and scientific committees. Last but not least, another positive aspect involves the careers of my young collaborators who, through the three approaches mentioned above – intersectorality, interdisciplinarity and internationalization – create science and social innovation for the future.

Photo by Pierre Antona on Unsplash 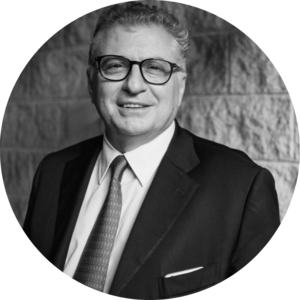