FEBS Excellence Awards provide funding of €100,000 over three years to early-career group leaders in molecular life sciences  to purchase laboratory equipment and consumables. The 2022 call for applications is open until 1 July 2022.

T o qualify for the FEBS Excellence Award, early-career group leaders must present a scientific research track record of proven academic excellence. Candidates must: (i) have obtained their PhD up to 6 years prior to submission of their proposal; (ii) have worked in a different country for at least 2 years prior to their current employment; (iii) hold a salaried position in a Host Institution of a FEBS country during the 3-year duration of the Award; (iv) have established and operated at the Host Institution for at least 1 year prior to submission of their proposal; and (v) belong to a FEBS Constituent Society. 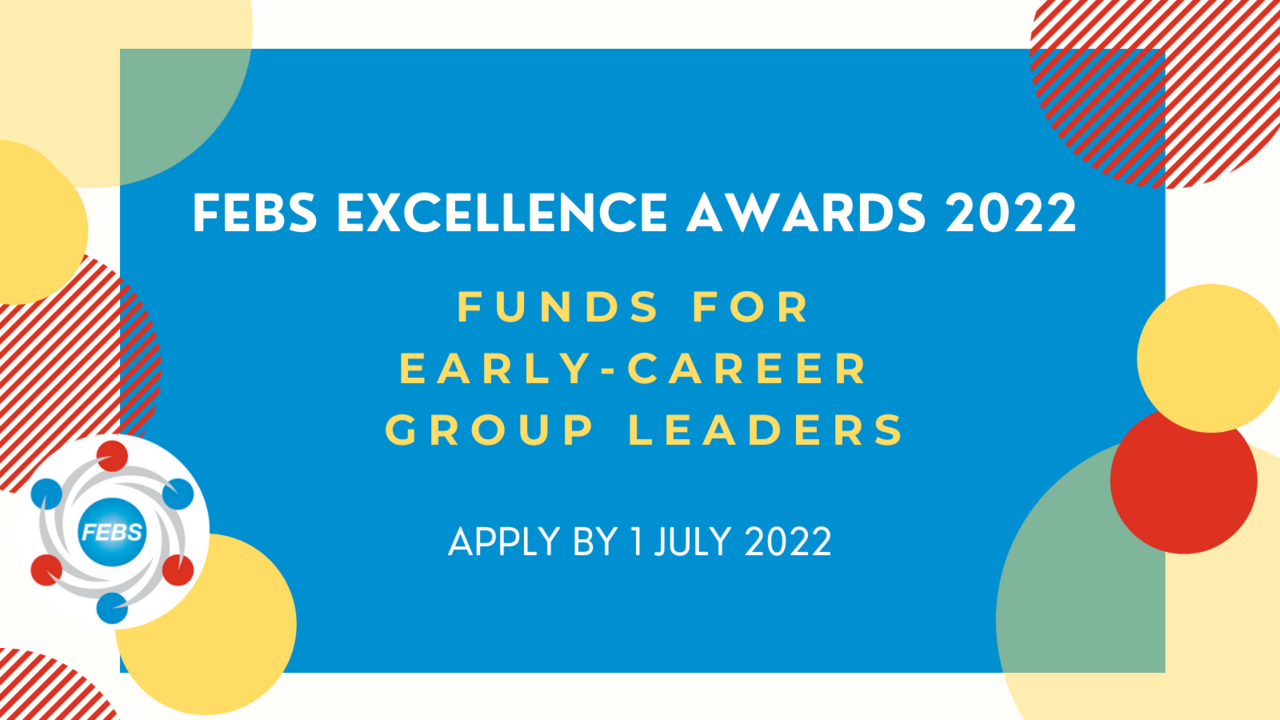