Diversity of Structure and Function of ABC Transporters - Special Issue 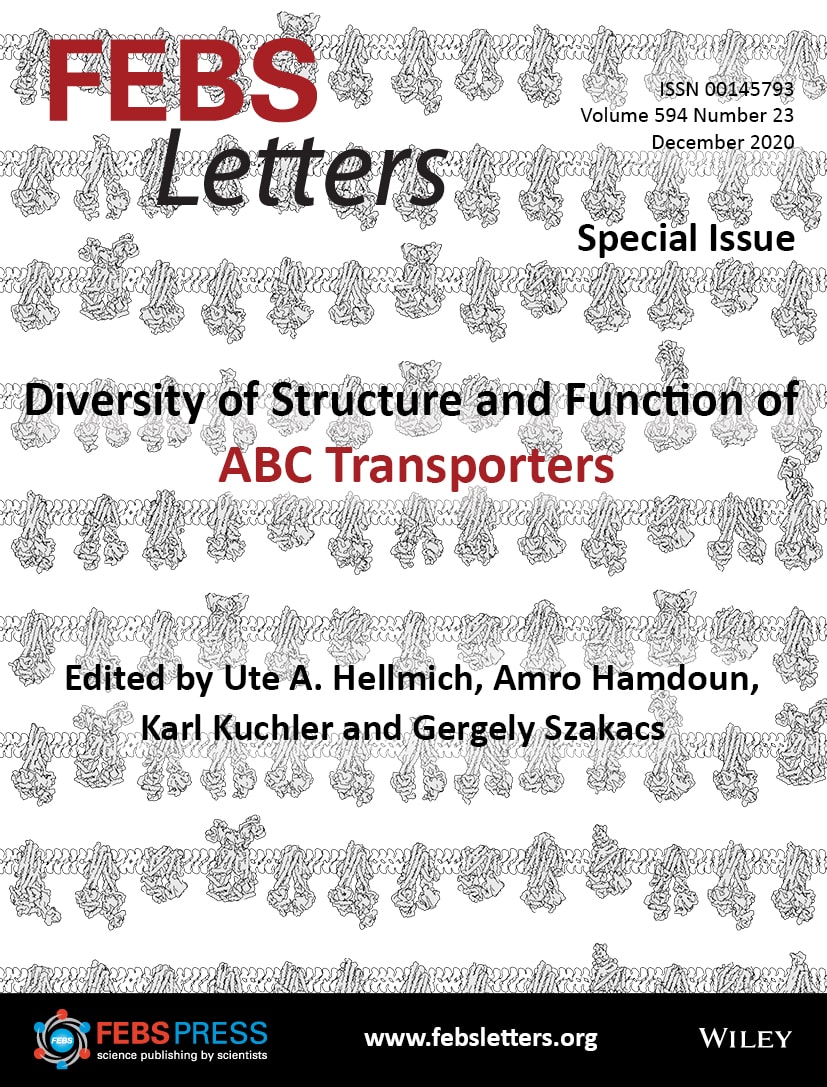 Since the discovery of P-glycoprotein in 1976, ATP-binding cassette (ABC)
transporters have captivated basic researchers, microbiologists and clinicians alike. ABC proteins operate as classical directional and bidirectional membrane transporters, and also as channels, receptors and conductance regulators. As such, they are major players in cancer, genetic diseases, anti-infective drug resistance and crop science – just to name a few.

However, questions still abound about how these proteins work, and what they do, meaning - it is certainly not as easy as ABC.

Unifying mechanisms of transporter function, and thus generally applicable routes for ABC transporter manipulation, have been elusive. Similarly, as the number of known cellular or pathophysiological contexts in which ABCs operate has grown, so too has the challenge of understanding the diverse roles that they may play in homeostasis, signaling, protection or disease.

Making sense of this diversity of functions and mechanisms serves as the overarching theme for this Special Issue. To chart a path towards the coming decades of exciting ABC protein research this issue aims to pose new questions, highlight controversies, present novel findings and formulate provocative visions and opinions, while revisiting the validity of old and newer questions. All of this should also help reveal how ABC research impacts diverse fields.

The contributions in this FEBS Letters Special Issue come from leaders in the field who have been asked to critically assess progress and bottlenecks within their areas of expertise, as well as share new findings of broad interest. Their contributions include both Original Research and Review articles organized within four major areas, namely Structure and Function, Disease and Drug Resistance, Roles in Microbes and Plants, and Evolution and Environment. In addition, critical opinion pieces (i.e. Perspectives) and short In a Nutshell essays are aimed to readership both within and outside the ABC field.

This FEBS Letters Special Issue is the second of a series inaugurated nearly two decades ago and would not be possible without the dedication of the ABC protein community. The strong commitment to fostering generations of new scientists in the field has been manifested in the biannual FEBS ABC Meeting. This meeting has remained the steady home base for the global ABC community. Stretching over two decades, the FEBS ABC transporter meetings have fostered the exchange of ideas that led to countless collaborations and key discoveries – and ultimately this Special Issue, which was conceived in late 2019, before the COVID-19 pandemic. The Special Issue was formalized at the FEBS ABC meeting in Innsbruck Austria, which narrowly escaped cancellation by the pandemic, and its development did not escape the wrath of Zoom. It is in the light of these circumstances that our appreciation to the commitment of the ABC transporter community cannot be overstated.

Amro Hamdoun – Professor, University of California, San Diego. Amro Hamdoun’s research concerns the roles of ABC transporters in early embryonic development and in protection from environmental toxicants. The lab has used the sea urchin embryo to describe the spatial and temporal patterns of ABC transporter expression during development and uncovered ontogenetic switches in transport activity that appear to be conserved parts of developmental programs. In the field of toxicology, his lab has focused on the discovery of ubiquitous environmental toxicants that interact with ABCB1 (aka P-glycoprotein) and description of the mechanisms by which these potentially interfere with its function. These studies were the first to provide detailed views of the interaction between a xenobiotic transporter (ABCB1) and a ubiquitous environmental compound.

Ute A. Hellmich - Johannes Gutenberg-University, Mainz, Germany. Ute Hellmich’s group is interested in membrane protein-lipid interactions and protein dynamics, in particular how nucleotide binding and hydrolysis trigger long-range conformational changes and substrate translocation in bacterial ABC transporters involved in multidrug resistance and lipid translocation. The lab uses a combination of biophysical approaches to observe ABC transporters move as they interact with different ligands. After a PhD at Frankfurt University, Germany, where Ute used solid-state NMR spectroscopy to follow enzymatic reactions of membrane proteins in real-time, she carried out a postdoc at Harvard University working on eukaryotic ion channels. Since 2015, she is an assistant professor for membrane biochemistry at Mainz University and an adjunct member at the Centre for Biomolecular Magnetic Resonance (BMRZ) at Frankfurt University.

Gergely Szakacs - Medical University of Vienna, Austria. Gergely Szakacs’ work focuses on membrane transport biology and the multidrug resistance phenotype of cancer cells. Following his graduate training as a physician scientist, he completed his postdoctoral studies at the National Cancer Institute (USA), where he identified compounds selectively targeting multidrug resistant cancer. In 2007 he joined the Hungarian Academy of Sciences as a group leader in the Institute of Enzymology. In 2012 he obtained an ERC Starting Grant to develop MDR-selective compounds targeting the Achilles heel of multidrug-resistant cancer.  In 2017 he was appointed as Full Professor at the Institute for Cancer Research, Medical University of Vienna. Dr. Szakács is a member of the Young Academy of Europe.

Karl Kuchler - Medical University of Vienna, Max Perutz Labs Vienna, Austria. Karl Kuchler has been studying ABC transporter in yeast and mammalian cells for many years. He has initially discovered most yeast ABC transporters and studied their regulation under physiological and stress conditions. While the main interest was originally focusing on the mechanisms of pleiotropic drug resistance in yeast and fungal pathogens, the group is now centering the attention to those human ABC transporters showing the highest evolutionary conservation with fungal drug resistance transporters. The group is trying to integrate biochemical, biophysical, structural, cell biological and genetic approaches to decipher the mechanisms how human ABC transporters mediate multidrug resistance and how that knowledge could improve therapeutic approaches.